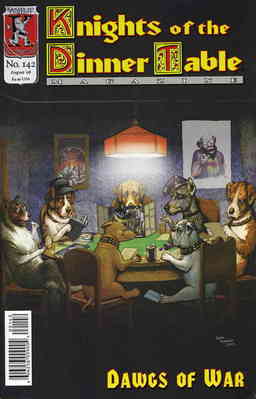 I came across a fascinating piece by Noah J.D. Chinn in Knights of the Dinner Table issue 142 (August 2008). Chinn’s guest editorial for the “Gamer’s Pulpit” column is an intriguing analysis of how the realism bar for heroes has shifted radically from the days of our youth (us Gen Xers) until now.

The single most interesting fact he presents is a piece of data generated by Mike Hensley charting how many goblins a first level fighter could kill before dying across all iterations of Dungeons & Dragons (at that point there were 6 versions, 5th Edition not yet having debuted). He ran the combats at least 1,000 times for each fighter in a Javascript simulation program, with the fighter facing the goblins one at a time, producing an average for each version. This is what the data reveals:

(It would be interesting to further extrapolate from this data: Does it suggest that a 4e first-level fighter could, one-on-one, take out 4 or 5 OD&D fighters before succumbing? Or that a first-level 4e fighter is roughly equivalent to a third-level fighter in Basic?)

Chinn argues that this hero power inflation cuts across popular culture. He uses the Die Hard movies as an apt illustration:

Compare the first one with the ones that followed, particularly the last. What made the first Die Hard awesome was how at almost no point did you go “that could never happen.” Even the most unbelievable bit when they blow up the roof and John McClane jumps off you buy into as a bit of good luck.

John gets shot, his feet are cut by glass, he bleeds all over, he CRIES, he doesn’t believe he’s going to get out of the building alive, but he keeps on trying. By the end he’s a bleeding sack of meat barely able to stand. Awesome? Hell yeah!

But as the movies go on the series suffers from a need to make things more epic, bigger, more at stake, and therefore tougher heroes. By the fourth movie you have John driving a car into a hovering F-22 Raptor at one point and into an elevator shaft at another. The violence is still there, the blood is still there, but it’s long since crossed the realm into super heroics. 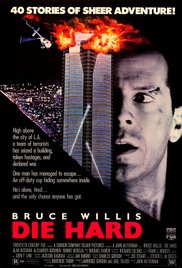 Chinn goes on to speculate that this warped sense of “realism” is influenced by the advancement of CGI, lifting the restraints of stunt-work in films so that anything can appear possible while the stakes for spectacle grow ever higher. (He also suggests the gradual simplification of video-game controls as a factor.)

I don’t know if I’d venture any guesses about the role of those changing technologies – they could just as well be symptoms as causes. But whatever brought us here, his conclusion seems pretty on point: “So perhaps it’s not so much that taking on entire armies of goblins is what kids want as it is the new perception of pseudo-reality. The line of verisimilitude has shifted so that outrunning explosions is quite ordinary, so it shouldn’t surprise us that RPGs have gone the same route.”

This certainly seems to be the trend. Another illuminating comparison/contrast is Peter Jackson’s two Tolkien trilogies. The LOTR films, while amping up the action, remained fairly faithful to the events of the books (with a few moments that were glaring exceptions in service of visual punch). The Hobbit trilogy, on the other hand, plays like a cartoonishly over-the-top video game from start to finish. The Barrel Ride escape, for instance, throws out all pretense of realism; one can almost imagine having a video-game controller in one’s hand watching that scene unfold (or rather, watching a video game someone else is playing: “Hey, bounce your barrel out of the river there and take out those three orcs – you’ll get a Power Up!”). Things only got worse from there. 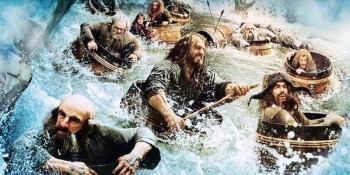 [And while we’re talking impossible physics, just a quick gripe about CGI falling rocks: Back when special effects were largely physical, a scene of a cave-in or collapsing temple would utilize Styrofoam or papier-mâché stone so no actors would be crushed. The most notorious flub that could be spotted in such a scene is when a piece of “granite” or “marble” would hit an actor and harmlessly  bounce off. That, to me, was not as bad as today’s CGI equivalents. When the goblin village starts collapsing in the first Hobbit film, depositing the dwarves to ever lower levels of the cavern, it is a case in point. This was the moment I began having my first real misgivings about the latest Jackson outing into Middle-Earth.  When a Styrofoam block hits a character in an old film, it’s still a thing of real substance – there is some physical reaction that signals something is there, even if it displays the incongruous property of being much lighter than it should be. But when you have tons of debris falling all around and onto characters — who do not register being struck by any random shards – and then they emerge completely unscathed, it is painfully obvious that all that rained down on their heads was pixels. I’ve been noticing this a lot in contemporary films.]

Hero power inflation. Okay, so maybe this is the general trend, but of course there were exceptions back then and there are now. Back in the days of the original Die Hard there were also all those Sylvester Stallone and Arnold Schwarzenegger flicks that portrayed them as one-man armies. 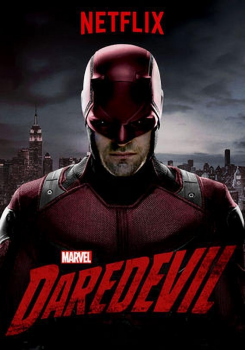 Conversely, more realistic action films still do well at the box office today, their realism often being a selling point. And while the Hollywood blockbusters are dominated by epic-level superheroes, Marvel’s Daredevil on Netflix plays to another, painfully realistic, extreme: Watch an episode of Matt Murdock taking down drug lords and by the 40-minute mark you’re aching all over. Part of what’s so inspiring about Daredevil is that he even manages to drag his battered body out of bed the next morning.

And since Chinn used one long-running franchise to illustrate the trend one way (the Die Hard films), here’s one that illustrates a trajectory in the other direction. I wasn’t a big fan of the James Bond films when I was young because the action broke my suspension of disbelief too often and egregiously. I couldn’t feel like there was anything at stake, any more than watching a Looney Tunes cartoon.

I couldn’t tell you which film it was or even who was playing Bond at the time, but I remember seeing one in the theater and, in the opening scene, Bond falls out of a helicopter over a snow-capped mountain. It is a drop which there’s no possible way to survive. But at the same time, he pulls out an inflatable raft. He inflates the raft in mid-air, lands on it, and slides safely down the mountain. Huh. 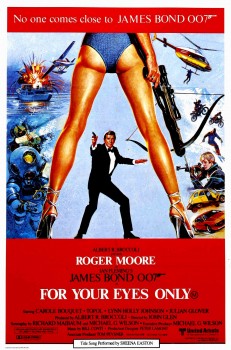 [EDIT: And my friend Gabe Dybing has helpfully reminded me that this is actually an opening scene in Indiana Jones and the Temple of Doom, another film I would’ve seen in the theater around this time. A sure sign I’m getting old and starting to overload my memory circuits. I’m getting the stunts of my ’80s action heroes mixed up and conflated. James, John, Indiana… Maybe they’re all the same guy?]

The new era of Bond films starring Daniel Craig is light years away in terms of gritty realism (I haven’t read the Ian Fleming originals, but I’ve heard that in this regard the present iteration is much closer to the source material). The infamous torture scene in Casino Royale (2006), well, just recall that scene to mind and you see what I’m saying (as you cross your legs in sympathetic agony if you’re a guy.)

Craig’s Bond would never leap out of a helicopter with an inflatable raft. Because you know he wouldn’t walk away from it.

Let me close this Bag of Holding with this observation: Knights of the Dinner Table is da bomb.

I love the artwork on the wall of the cover of Knights of the Dinner Table: Players’ Handbook AD&D, and what I think is supposed to be a pic of Gary Gygax or the lead singer of The Grateful Dead in an Uncle Sam “I want you” pose.

I think the fellow on that poster is supposed to be Gary Jackson, KOTDT’s fictional analogue to Gygax.

James Bond survived an airplane fall on an inflatable raft? So did Indiana Jones and the “woman baggage” and Short Round (I think) in The Temple of Doom!!!

You know, I think you might have spotted a case of ’80s Action Hero Scene Conflation. I’ve added a humbling, self-deprecating Edit note to the paragraph in question. And you win a No Prize! (Unless Stan Lee threatens to sue me for trademark infringement.)

Mad props for the overall syncretic excellence of this piece.