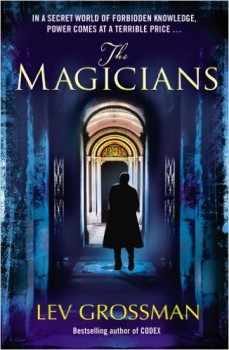 I have here a Bag of Holding. I am now going to pull some things out of it…

Well, I did read Lev Grossman’s The Magicians back in 2011. Now that The Magicians Trilogy is generating so much buzz (consequent to the popular Syfy series now in its second season), I suppose I’ll have to say something about it. However, what I say won’t be very nice. [Here is another review by Chris Braak that appeared in Black Gate back in 2011.]

Since it had been awhile, I went back and skimmed through the final chapters of the first installment. It was enough to remind me why I did not enthusiastically delve into the second book (I did pick up The Magician King, got a chapter in and set it aside. I might go back to it, if anyone furnishes me with a compelling argument that the trilogy as a whole manages to ameliorate the criticism I am about to level against the first book.)

It is well written. The thinly-veiled pastiches of Narnia, Hogwarts, and other beloved fantastical realms are, on the whole, perceptively done. Grossman manages both to evoke the sense of wonder of those books and to convincingly portray characters sensitive to the special draw of Faerie — kindred spirits who, deep down, wish they could escape our world into those imaginary places. Grossman is clearly no stranger to the deep affinity such works can stir in the receptive reader. And he gets great mileage (meta-mileage?) out of having the characters allude to and reference J.K. Rowling and J.R.R. Tolkien and all the other fantasy authors they grew up with.

But, like Philip Pullman with the His Dark Materials trilogy, Grossman seems to feel some obligation to poop on that to which he is ostensibly paying homage. 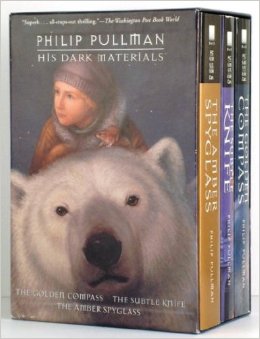 Guys like Pullman and Grossman, they want to play in the sandbox of fantasy world-building; they come up with clever, sometimes brilliant ideas and create fantastical creatures that we can fall in love with. But they have some nihilistic twitch that compels them to undercut their own additions to the canon of Works of Wonder (while simultaneously lashing out at and belittling the works that inspired them). Their apparent conviction that the world is ultimately ugly and meaningless means that they must deface whatever beauty they have wrought — to subtly or not-so-subtly use it to parody the works that inspired them to undertake such writing in the first place. Their postmodern street cred — that they are hip, smart, and very adult — is thereby maintained so that they may be taken seriously.

Look, I love the pitch: The Magicians posits What if, in our world, one discovered that stuff like Hogwarts and being transported via wardrobe or mirror into alternate worlds was all real? What if magic was real, but it all played out not like children’s wish-fulfillment fantasies but like it really would, in our world, if it were really real? You know, like Narnia and Hogwarts and Oz for Mature Audiences. 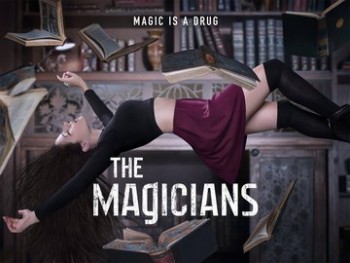 Believe me, that hook works. I’ll check it out. Go ahead and add in the mature subject matter, the more realistic portrayals of characters and their actions and the consequences: But, please, don’t deliberately and directly attack the sense of wonder — the key ingredient that makes such books so loved and treasured from one generation to the next. That should carry over, or else you’ve just got another depressing modern novel that also happens to have talking animals in it.

It’s annoying that just when one is starting to get swept up into this more “adult,” more “realistic” portrayal of a Rowling or C.S. Lewis premise, one senses the author feeling conflicted about what he’s writing. As if he were bending over the screen of his laptop thinking, “Now, that’s getting too fanciful — I should throw some grit in here to remind readers that it’s all bullshit and everything’s a horror show.” Then, after a bit, the author’s own spell that he is weaving seems to settle over him … until he realizes again we’re overdue for another dose of disillusionment and despair. 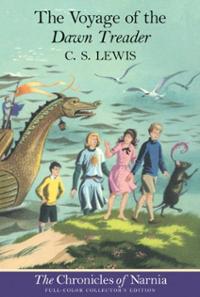 The realm of Fillory in The Magicians is most closely patterned after Narnia, complete with its version of a White Witch and an Aslan-type figure (here split into a duo of Rams). The main character, Quentin, loved the Fillory books of Christopher Plover growing up and maintains a deep passion for them even into high school. When he is recruited into a secret school for magicians and discovers that Fillory is a real place, he is understandably elated. Going there is his greatest wish.

[For those who have not yet read The Magicians and plan to, there are a couple of spoilers ahead.]

A harrowing, adult version of Narnia (a series that had its share of deaths and losses even cloaked as they were in prose for children) could be successfully conjured, but it would not necessarily have to end with the character who’d always wanted to go there being all-too-eager to escape the Horror, renounce all magic, and go live life as a weird hermit Wall-Street investment banker. (Obviously there’s a part of him, deep down, that still rejects “this” world too: the book does end with him being persuaded to return to the secret world of Magic. But since his character has devolved into one who only seems interested in Power for the sake of self-protection, what this might foreshadow is open to doubt. His character arc up to this stage has convinced him that magic ultimately turns one into a monster, so perhaps that is the path he is on?)

The Aslan stand-in, two Rams named Ember and Umber who watch over Fillory, are also undermined and subjected to scathing indictment. Pullman similarly chose indirectly to vilify Aslan in his work. I get it, guys: you’re not a Christian and Aslan was an incarnation of Christ. Well, Jesus, take it easy. I have no problem with plots that unmask “gods” as nefarious impostors — Edgar Rice Burroughs’ The Gods of Mars being a great case in point. But it bugs me when the target is Aslan. Not for religious reasons (I do not identify as an orthodox Christian), but literary ones.

All this might have still been tolerable, but what finally irked me was a throw-away line near the end of the book that reveals Christopher Plover (the fictional author patterned closely on C.S. Lewis) was a pedophile. I know that Grossman isn’t hinting at this about Lewis (and no such accusation has ever been suggested by anyone, not even his most ardent critics). Plover is an amalgamation of several children’s-book authors, so one can say this particular detail is conflated from Lewis Carroll (Charles Dodgson), about whom the charge has been made.

But it sounded a loud, discordant note to me as just one more sucker punch Grossman was slipping in to underscore that this is Adult, Real-World Stuff — ‘here’s one more piece of nastiness for you, just so you get the point that this stuff (which I obviously enjoy and am emulating) is unhealthy and should be outgrown!’ It creates a sort of cognitive dissonance.

I have heard a few fantasy fans criticize an off-putting tone they think they perceive in Michael Chabon’s speculative fiction: a sense that sometimes he is self-conscious about working in a “less serious” genre of popular fiction and tries to compensate by making it more intellectual or something. I disagree with this analysis; it’s off-base. I have long respected Chabon as one of the great proponents of spec-fic in contemporary letters. What his detractors sense when they voice this complaint, I think, is that Chabon is often trying to take the genres he loves and lift them into another category or mode of literature. In doing so, I rarely get the sense that he is belittling them.

With Grossman, though, I get the impression that his desire to “elevate” the beloved genres of his youth is achieved not so much by “heightening” the fantasy to a more sophisticated level as by taking all the most bleak, grim aspects of naturalistic literature and siphoning it down — tamping out the wonder with the antidote of the evening news, making sure that any beauty that might inadvertently emerge is quickly eclipsed by blood, molestation, and abuse. (Much more like Pullman than Chabon.)

So there you have it. There were many elements of The Magicians that I liked. And by the end I was thoroughly irritated with the author for regularly interjecting reasons why I shouldn’t like them. Kinda like being served a marvelous six-course meal by a masterful chef who insists on coming to the table with each course to say, “Here. It is disgusting! You shouldn’t eat this stuff; it’ll make you sick.”

In what manner did Pullman poop on fantasy ?

Pullman didn’t poop on fantasy; his target was what he considered the “Christian” fantasy of C.S. Lewis and J.R.R. Tolkien. One of his explicitly expressed goals with His Dark Materials was to create a sort of anti-Narnia.

Pullman dismisses the Narnia books as “religious propaganda.” Now, you can certainly make that charge. But in being motivated as he was to write a reactionary piece of fiction, I think a “corrective” materialistic propaganda tends to creep in and mar his work. His Dark Materials gets so dark, in fact, it sometimes feels like Narnia if Thomas Ligotti was commissioned to re-imagine it.

The protagonists are all so snotty, elitist and self-loving. Magic seems wasted on them. Not all bad though.

I’m not sure I’d agree with your analysis of Grossman’s motives. I don’t think ‘The Magicians’ series was ever intended to be a hommage to the Narnian books. More a sly little riff on the originals. I think what worked against the series was that the characters were fundamentally unsympathetic. That said, I thought Ember the Ram was a great idea.

N.B. Has anybody ever read ‘Soon I will be Invincible’? I’ve recommended it on various blogs. It was written by Grossman’s brother – his twin. I mention it because one chapter is a riff on the Narnian books (not unlike ‘The Problem With Susan’). The book overall is pretty good in my opinion, and that particular chapter is excellent.

@Aonghus Fallon: Yes, homage would be too strong a term for the book as a whole. I think one could say that particular elements pay homage to that family of YA fantasy (the works of Lewis, Le Guin, L’Engle, and Rowling), but, as you say, to riff on them.

You and huetenan both bring up an important observation about the characters being unsympathetic. They react to wonders like whiny millennials. “Gee, here’s a talking bear. WTF. Meh. So, if a bear could talk, all he’d be interested in talking about is where to find honey anyway, so WTH.”