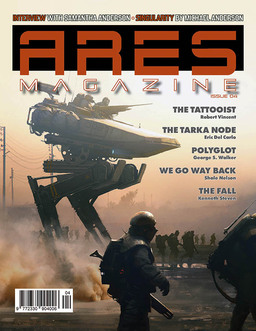 Ares magazines, the Kickstarter-funded gaming publication that ships with a complete game in every issue, is now out with its fourth issue. The game this time is Extractors!, a 2-player game of mining and mech combat on a far-distant alien planet, designed by Karoly Szigetvari and Claudio De Pra.

Doriana, a Sol-like star system in the Sagittarius arm. Doriana-5, a medium sized planet barely suitable to life, is inhabited by bipedal intelligent creatures, organized in “hives.” Not as curious as us, their evolution has been slow, but they have now reached a technology level high enough to put a halt on the centuries-aged wars between hives. Dorians became aware that continuing these wars with weapons more and more deadly would lead to mutual extinction….

5 light-years away, the Avronians develop the ability to send non-living materials through space at effective speed faster than light. Carbophosphate composites, the main organic energy source on Avronia, has now become very scarce but, according to recent probe reports, it is common on Doriana-5.

Whilst most of the Avronian masters are still debating the best way to negotiate their energy crisis, groups of desperate peoples decide to send armed forces (huge semi-autonomous machines) to secure large extraction perimeters on Doriana-5….

Extractors! is a two-player game of medium complexity and medium solitaire suitability. One player controls a company of the Dorian Cellular Forces, consisting of Augmented Infantry Sections organized in cells and support vehicles. They face Avronian Machines whose AI is represented by the second player.

As always, there’s more to Ares magazine than just a game. Issue #4 comes packed with loads of original fiction and features.

“The Tattooist” by Robert Vincent
“The Tarka Node” by Eric Del Carlo
“Polyglot” by George S. Walker
“We Go Way Back” by Shale Nelson
Another installment of The Fall by Kenneth Steven

The Imminent Singularity – Article by Michael Anderson
Ares Interview with Samantha Anderson of Cakes Cove
And a brand new board game, Extractors!

Extractors! contains a rule book, playing surface, a sheet of die-cut mounted counters, and a sheet of tables. 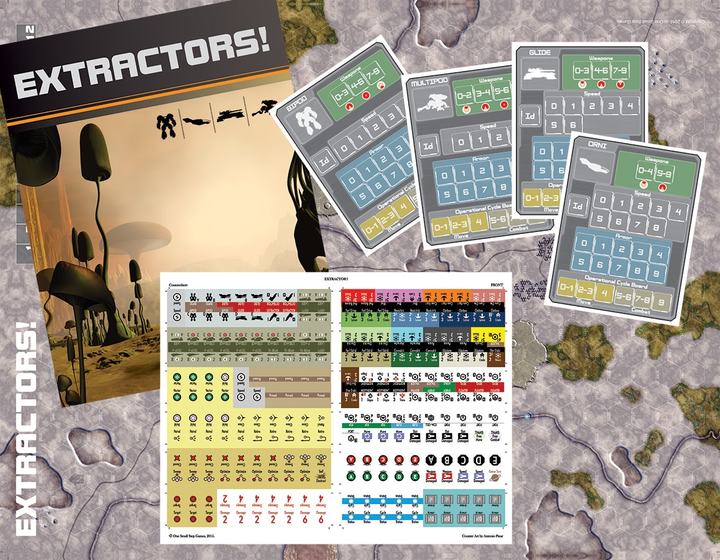 Here’s a look at a game in progress. 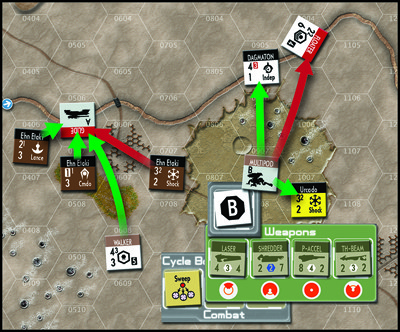 And here’s a few samples of the gorgeous interiors, including the cover page for “Polyglot” by George S. Walker. 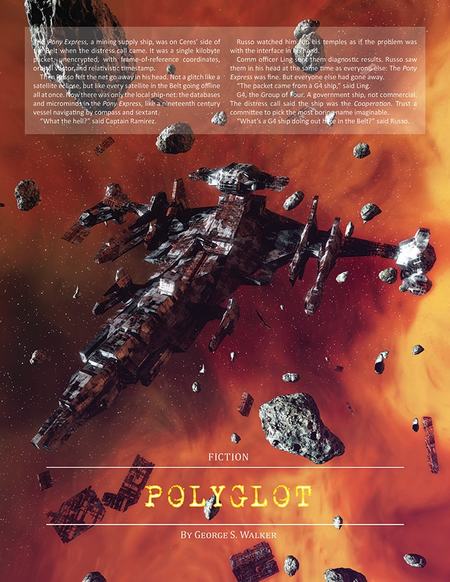 And “We Go Way Back” by Shale Nelson. 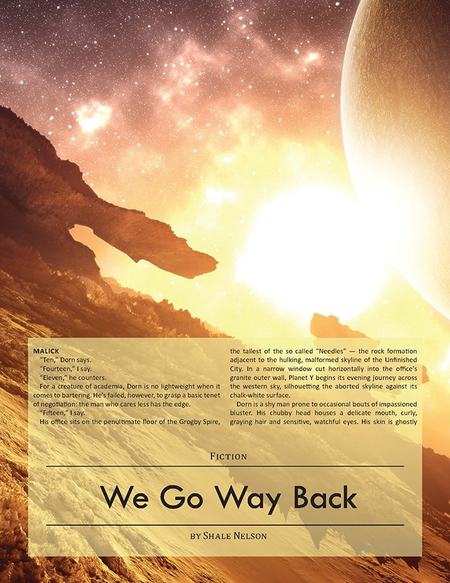 Ares is edited by Michael Anderson and published by One Small Step Games. Issues are 80 pages each, and are priced at $30. A three-issue subscription (US-only) is $78.

You used to be able to buy copies directly at the One Step Games online store. (You need to select “Subscriptions” or “Single Issues” to see your options… the first three times I visited the site, I just assumed subscriptions were no longer available, since none were listed.)