Andrew Liptak, the weekend editor at The Verge, has produced his own list of The 11 Best Science Fiction and Fantasy Novels of 2016, and it’s a very fine list indeed — solidifying the consensus around some of the strongest titles of 2016 (Charlie Jane Anders’ All the Birds in the Sky, N.K. Jemisin’s The Obelisk Gate, sequel to her Hugo Award winning The Fifth Season), and adding several overlooked titles to the discussion (Ken Liu’s The Wall of Storms, Ben H. Winters’ Underground Airlines, and one that’s not even a novel — Ann and Jeff Vandermeer’s Big Book of Science Fiction, one of my favorite books of the year).

Andrew’s list also makes fine reading for those, like me, who delight in the subtle art of the plot summary. Here he is on Malka Older’s Infomocracy (Tor.com, June).

In a year with a contentious election, it would seem that reading a book about a futuristic election might be a bit much. That’s not the case with Malka Older’s Infomocracy. Set in the indeterminate future, the world is divided into small districts, and the party that controls the most districts controls policy for the entire planet. Infomocracy is a intellectually stimulating thriller that follows a handful of characters who work for various political parties and election systems. The story hinges on how a voting public receives and interprets information — and how parties manipulate that perception. It’s a book that’s all too relevant in 2016.

In 1972, a famous science fiction author decided he had done enough writing about the future — he would bring it to life. The fictional author put into motion a plan that would consume his family for generations: bringing interstellar travel from science fiction to reality. Allen Steele’s Arkwright charts those generations as they work to turn his vision into reality by bringing humanity to the stars.

What’s astonishing to me about this novel is that, weeks after it was published, Stephen Hawking announced project Starshot, which is essentially a version of the interstellar travel that Arkwright depicts. Steele’s approach fixates on realism, and so this one of those few science fiction novels that could, in time, look similar to fact.

Here are a few things we like: giant robots, alternate history, and the 1980s. Mash all of those together, and you get Peter Tieryas’s novel United States of Japan, a “spiritual sequel” to Philip K. Dick’s Man in the High Castle. The novel uses a similar premise: the US lost the Second World War, and is occupied by Japan and Germany. But Tieryas puts a cyberpunk twist on the story, involving subversive video games and giant mecha.

The characters in United States of Japan are obsessed with the goal of creating a better world, but they quickly realize that it’s difficult for the leaders of a revolution or war to keep their ideological crusade alive once they gain power.

Check out Andrew’s complete list of the best SF and fantasy of 2016 here. 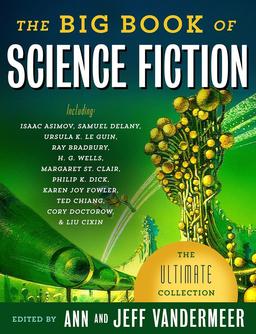 We previously covered about half of the titles on Andrew’s list.

The Wall of Storms, Book II of The Dandelion Dynasty, by Ken Liu
I Am Providence, by Nick Mamatas
The Last Mortal Bond, Book 3 of The Chronicle of the Unhewn Throne, by Brian Staveley
United States of Japan by Peter Tieryas
Ann and Jeff Vandermeer’s The Big Book of Science Fiction Will be One of the Largest Anthologies the Genre Has Seen

Still hungry for more of the best books of the year? Black Gate has you covered. Here’s our picks for the top lists so far.