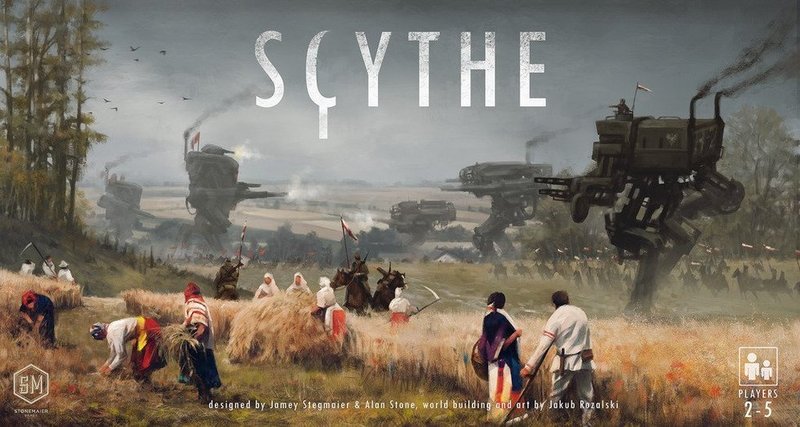 2016 wasn’t all about novels, anthologies, and collections. No no no no. There were also some terrific board games released last year, many of which are worth celebrating.

How do we know? Because game blog GeekDad tells us so! Especially in their year-end wrap-up on the Best Tabletop Games of 2016. Dave Banks kicks it off with his thoughts on the new steampunk release Scythe, which he selects as his Best Game of 2016.

When you open the box, there’s a lot there. A big rulebook and lots and lots of bits and boards and… it’s a little overwhelming. But then you get a turn or two into Scythe and realize it’s elegantly simple. Yes, there are a lot of choices to make and many paths to victory, but Scythe delivers on all the hype that surrounded the game. And it has incredibly amazing artwork that shows a steampunk-edged alternative universe that is, literally, jaw droppingly gorgeous. But the gameplay is just as wonderful. And clever. And fun, which makes Scythe my game of the year.

Scythe was released by Stonemaier Games; it’s a Kickstarter-funded project that raised $1.3 million on a $33,000 goal. 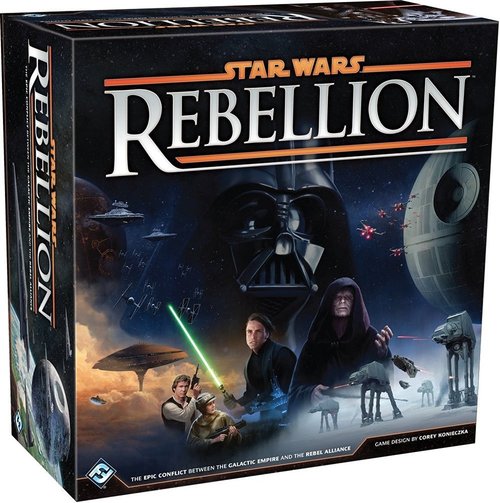 I’ve been a fan of the work Fantasy Flight Games has been doing with their Star Wars license since I first got my hands on X-Wing Miniatures. I’ve enjoyed Armada and Imperial Assault as well, but Rebellion is the most downright fun of all of them. A more traditional board game than the others (and, thankfully, there’s nothing to collect), the two-player game pits a player as the Rebels against, obviously, the other player as the Empire. The Rebels simply need to keep the location of their hidden base secret long enough to outlast the Imperials before they can do enough destruction… like blowing up a planet with the Death Star. The miniatures in the game are great, and it really lets you live out your favorite moments of the original trilogy. As of this writing, it appears that the game is sold out on Amazon but might be available elsewhere, or it will almost certainly be back in stock soon. 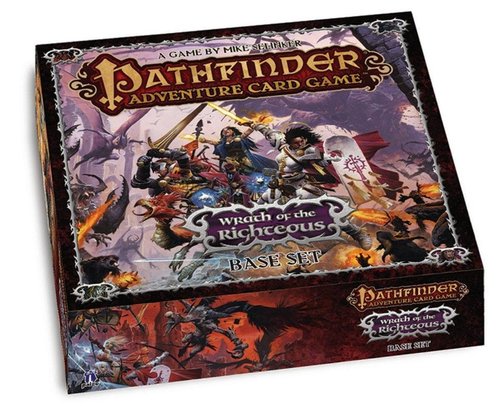 I know what you’re thinking: PACG was on the list last year. And the year before that. Well, as long as Paizo keeps making them, I’m gonna keep playing them. My group started the Wrath of the Righteous set last November, and finally wrapped it up a year later, logging about 30 plays in this calendar year. We’ve since moved onto Mummy’s Mask, but Wrath was a really fun adventure, and you can read all about it here.

See the complete list of Top Games of the Year here.

Interested in seeing more of the Best of 2016? Black Gate has you covered. Here’s our picks for the top lists so far.

As has become kind of traditional, my New Year’s Eve was spent boardgaming. The Conan box was entirely too unwieldy to take with me, so instead I brought Descent, which was a lot of fun, especially because they just released an app (Road to Legend) that more-or-less takes the place of the Overlord and lets you play it as a pure co-op game.

My understanding is that they’re working on a similar app for Star Wars: Imperial Assault, so I may already have my New Year’s Eve 2017 planned out …

@Joe—New Years Eve board gaming is another tradition I’ve had for the past few years too. This year I was on the outskirts of San Antonio with family and friends. We played Arkham Horror, Exploding kittens, cards against humanity (army version), Star Wars Imperial Assault, and my son created a deck building game that we play tested. The fireworks were non stop in the background. It sounded like a battle zone. I just got Descent for Christmas and I can’t wait to play Overlord to my friend and game nemesis, Bob. Good times. If anyone has played Sythe I would love to hear it.
@John—I love the new gaming posts. Mowr please.

Others on the agenda were the Oregon Trail card game (we died, but not of dysentery), Evolution: The Beginning, and the first Red Dragon Inn.

I haven’t played Scythe and don’t own it, but I’ve been hearing very good things, for the most part.

My gang likes New Year’s Day for a marathon gaming session. I came in 2nd in a game of Five Tribes by *1* point (teach me not to overbid for 1st player position), had a good back-and-forth game of El Grande, and then got schooled (repeatedly) by The Grizzled, the cooperative card game of WW1 trench warfare.

Not new in 2016, but I finally bought Descent: 2nd Edition, which should be arriving this week. The attraction of The Road To Legend app, letting me play the game fully cooperatively (instead of competitively) was too much to resist.

I think it may be a revolution in board gaming.

The other thing that’s a revolution in board gaming (admittedly, it’s been going on for a while): Video reviews and video gameplay sessions on YouTube.

Hasn’t anybody played Star Wars Rebellion? Somebody out there is buying up a ton of copies.

Joe — That Road to Legend app sounds like a blast. I haven’t bought the second edition of Decent yet… I’m still steeling myself to open that giant first edition box.

Ape — glad to accommodate you with more gaming posts! I picked up a lot of new games last fall, and I’d like to hear from our readers what they think of them.

Eugene — I’ve never heard of The Grizzled, but you have me very intrigued. I’ll have to check it out.

Bob — Let me know what you think of the app. I may have to speed up that Descent 2nd Edition purchase I’ve been mulling…

Joe (again) — Yeah, I think that’s a very astute comment. I find those video tutorials/reviews make the games a lot easier to get into, and also very enticing.

Just to go into a bit more detail about the Descent app — It doesn’t actually track HP, manage the tactical combat, etc. It tells you how to set up the map and where to spawn monsters, place search icons, etc. The turn order is changed to something more like that in Imperial Assault — one player moves, then it activates a group of monsters, then the next player moves, then it activates another group, etc.

When it activates a group of monsters, it gives a set of basic instructions (“Move towards closest hero. Attack. Use special ability.”, e.g.), which you then cycle through for each monster. When you’re finished with a player turn or a monster turn, you tell the app and it goes to the next turn. If the hero gets knocked down or all of the monsters from a group are defeated, again, you tell the app and it takes that into account.

It doesn’t include the scenarios from the published campaign books. Currently there are two free and one purchasable campaigns on the app, with more in the pipeline. You can also tell it which expansions, etc., you own, and it’ll potentially draw monsters from those sources.

Also, you can save after a scenario is complete and it’ll keep track of exp, gold, etc.

I thought it worked quite well, once I understood what it was & wasn’t doing. Having said that, my biggest mistake was in not spending more time learning the tactical rules beforehand — we kind of made a botch of things. But we still had fun, which was the important part.