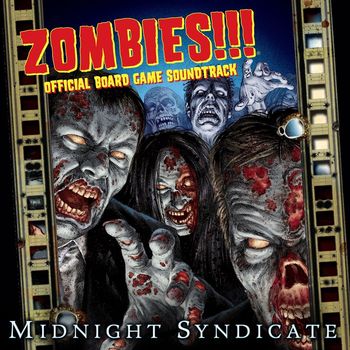 We wanted to design a soundtrack that would not only heighten the Zombies!!! game play experience, but also appeal to all fans of zombies and our friends in the haunted attraction industry. I think we were able to achieve that.

Given the character and core elements of the game, I think we immediately felt this album should focus on having a more modern, aggressive sound. In order to achieve that, we brought in a lot of electronic and percussive instruments and kept the fundamental game scenarios firmly in mind, approaching it more as an actual soundtrack than as a collection of songs built around a particular theme or setting. While there are a few tracks that are more situation or location-specific, most are intended to evoke the general feel and atmosphere of the game world, allowing you to play along without interruption.

“The soundtrack is a perfect complement to the game,” added Twilight Creations co-founder, Kerry Breitenstein. “I couldn’t be more excited for the Zombies!!! fans to hear it, let alone the rest of the world!”

Picking up this album is a no-brainer… get it? Zombies? “No brainer”? 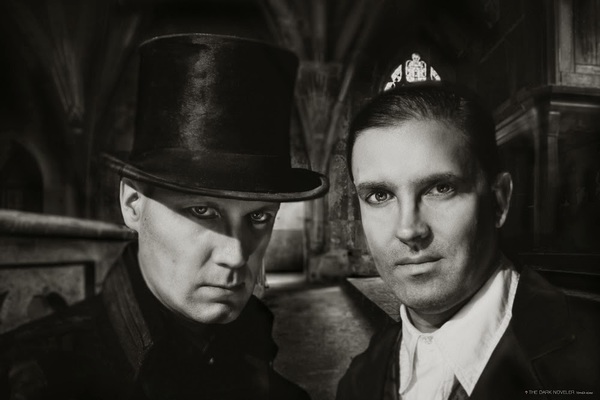 As Midnight Syndicate, composers Edward Douglas and Gavin Goszka have been delighting fans of roleplaying games, Halloween, horror cinema, and gothic music for almost two decades, and guests of Goth Chick News since 2000. In fact, Mr. Douglas was the subject of my very first interview for Black Gate and thus the recipient of my undying admiration ever since. Not to mention the fact that Midnight Syndicate has provided the soundtrack to many an epic party in the underground offices of GCN.

In addition to being the first musical act to win the game industry’s Origins Award (for The 13th Hour, 2005), their previous four albums have either won or been nominated in the roleplaying game industry’s ENnie Awards. Their music has become staples of the Halloween retail and haunted attraction industry, weaving their way into the musical tapestry of the Halloween season. Every October, Midnight Syndicate can be heard setting the atmosphere in haunted houses, amusement parks, television and radio shows, (my office), stores, and homes worldwide.

Now while I step away for a fangirl squee, pick up your own copy of Zombies!!! or any of their other 18 albums available at Midnight Syndicates website as well as digitally on CDBaby, iTunes, and Amazon.com.

Have a question, comment or bad zombie pun? Post it here or drop a line to sue@blackgate.com.

Awesome! Thanks for clueing me in to them, Sue. I’d never heard of them before. I think I’m going to get some of their music for my D&D sessions and for this Halloween. Maybe I’ll pick up this new album too. I play the Humans!!! version of the game.

NOLAbert,
Their original works were specifically aimed at background music for gaming and of course, you can’t beat them for a perfect Halloween vibe. They actually provide the music for the famous parties at the Playboy Mansion – though they continue to swear to me they’ve never been.

I personally appreciate all the support you’ve been over the years. Please drop by the Black Gate offices whenever you’re in Chicago and you will always be welcome in the underground offices of GCN. Just be sure to intercom down first – we wouldn’t want…um…”security” to mistake you for a tourist.