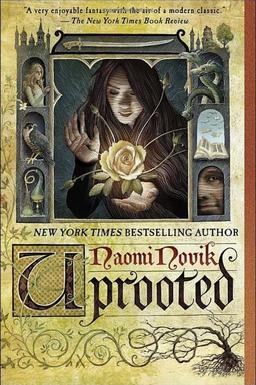 With all my travels and such this month, I haven’t done a very good job keeping up with all the genre news. For example, I completely missed reporting on the 2016 Mythopoeic Awards, which were announced by the Mythopoeic Society at Mythcon 47 on August 7. Here they are!

That’s quite a capstone for Naomi Novik’s Uprooted, which so far this year has also won the Nebula Award for Best Novel, the Locus Award for Best Fantasy Novel, and is also a nominee for the World Fantasy Award. I was also pleased to see Jamie Williamson’s non-fiction book The Evolution of Modern Fantasy, one of the first books to seriously study Lin Carter’s Ballantine Adult Fantasy series, get some recognition as well.

Last year’s winner of the Mythopoeic Award was BG author Sarah Avery, whose Tales from Rugosa Coven won in the Adult Literartue category. Get all the details on this year’s nominees at Locus Online.

I posted on another forum, “Uprooted is a wonderful, horrible, dark, hilarious book, and I’m only four chapters in!”

Loved it. Zero hesitation in making it my top vote for the Hugo.

Wow! Yeah, I forgot to mention that it got a Hugo nomination as well.

I got to see Naomi receive her award at the Nebula’s. She gave a fine acceptance speech. I wonder if I remembered to take a picture…