Werewolves! A Study of Lycanthropes in Film, Folklore and Literature
By Thomas McNulty.
BearManor Media (215 pages, including Notes and Sources, Selected Werewolf Filmography, Bibliography, and Index; $19.95 in trade paperback, November 17, 2011)

Thomas McNulty’s Werewolves! is an insightful, informative and scholarly look at the legend and cinestory (film history) of werewolves.  Now, I consider myself a pretty fair hand when it comes to all things “lycanthropic,” but McNulty has me beat by a mile.  I learned about films I’d never heard of before, such as The Werewolf, a lost 1913 silent film; 1995’s Huntress: Spirit of the Night; and 2003’s Dark Wolf (which I have finally viewed and highly recommend.) 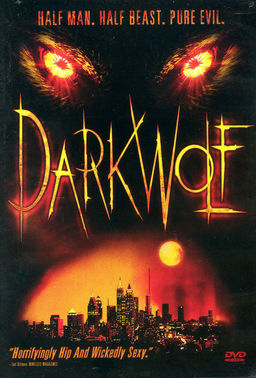 I learned a few things about werewolf folklore, as well: Pierre Bourgot, the Werewolf of Poligny, in 1502 France; Peter Stub, in Bedbur, Germany, 1590; and Jean Grenier, the Werewolf Boy of Gascony, in 17th century France. Along the way I discovered even more about werewolves in literature, dating as far back as first century AD Rome: Petronius Arbiter’s Cena Trimalchionus (The Feast of Trimalchio.) I was also pleased to read McNulty’s mention of Little Red Riding Hood, which I’ve considered a werewolf tale ever since I was 8 years old and first learned about lycanthropes. (The more recent film, Red Riding Hood, is an excellent take on the werewolf influence in this fairy tale, and far closer in spirit to the original Grimm Brothers’ version, if memory serves me correctly.)

And of course, there’s mention of Robert Louis Stevenson’s The Strange Case of Dr. Jekyll and Mr. Hyde, which is nothing if not a tale of a good doctor possessed by the curse of lycanthropy, even though the curse comes in the form of a potion, rather than a bite from another werewolf.

McNulty also takes us on a grand tour of all the classic Universal Monster films. And I’d like to point out here something I’ve rarely heard anyone talk about: the next time you watch Abbot and Costello Meet Frankenstein, watch for the scene where Bela Lugosi and Lenore Aubert are standing directly in front of a mirror . . . and you can see Dracula’s reflection!  I’m not sure if this is a huge blooper — or just another joke, another fun jab at horror films.

Thomas McNulty’s Werewolves! is a great read — a fun, informative and nostalgic prowling and howling through the moonlit forests of Lycanthropia. It’s a love-letter to the genre, and more than that, a tribute and an affectionate homage to Lon Chaney (Jr), a very under-rated and underappreciated actor who is never given credit for some of his non-horror roles. I mean, Chaney’s iconic performance as Lenny in the original film version of Of Mice and Men is one of the great and shining moments in films, a tour-de-force that still holds up today — truly powerful.

And I’ve also come away with a whole new appreciation of actor, writer and director Jacinto Molina, aka Paul Naschy. If you’ve never heard of him, Google him; he is an important player in Spanish film history. This is a book every lover of werewolf novels, films, lore and legend is sure to enjoy. McNulty certainly did his moonlighting — I mean homework, on this one!

Joe Bonadonna’s last review for us was Jack Ripcord by Thomas McNulty.

This looks great. It might be a good replacement for Montague Summers’ book by the same name, which is very scholarly and is chock full of untranslated Latin, at least in my copy.