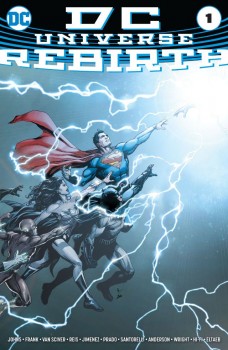 The last time I blogged about a reboot, the word may have given people hives. But don’t reach for your anti-histamines yet. Well… keep them handy. Your reboot allergic reaction may not be triggered by a Corrective Reboot.

What the heck’s a corrective reboot? Well, it’s like corrective lenses.

I reviewed comics for weeklycomicbookreview.com from 2008-2010. I covered mostly DC, with a fair chunk of Dynamite (I love me my John Carter of Mars, The Lone Ranger, and Kato). I read Superman and Wonder Woman and Green Lantern, but my favorite DC titles seemed to be Red Robin (Tim Drake), Batgirl (Stephanie Brown, mentored by Barbaba Gordon AKA Oracle) and Dick Grayson as Batman. I guess, looking back, I like it when sidekicks make good.

Shortly after I stopped reviewing, DC did a reboot called The New 52. Some of the continuity was preserved, but some wasn’t. As… counter-intuitive as that sounds, the result was that about ten years was shaved off of all the DCU and we lost some sidekicks and some relationships.

For example, prior to the New 52 reboot, enough time had passed for four Robins to have swung about in scaled Underoos (Dick Grayson, Jason Todd, Tim Drake and Damian Wayne). And of course, many of the DCU’s greatest buddy relationships (or romantic ones, in the case of Green Arrow and Black Canary) had time to form. 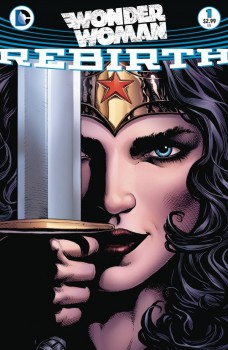 So, DC sales went up briefly, but something seems to have been missing. Was I missing it? Not really. I checked into DC every so often to see what was up, but could never find my footing (or the characters I wanted).

A few years later, I checked out DC’s Convergence, which was billed as a reboot and I got more confused. So I kept up more with the Marvel and Image titles.

The year 2016 is now 5 years after the New 52 Reboot, and I hear tell that DC sales aren’t what they used to be, with many people, like me, tuned out. This seems synchronized with a spate of grim movies that seem tone-deaf character-wise.

This spring at Emerald City ComicCon, the publishers at DC and Geoff Johns announced Rebirth, something that’s billed as like a reboot, but not really. Some of the industry and critical reactions have been hilarious, leading to a pile-on on the DC upper-ups. My favorite of these was the hilariously nerdy and cuttingly insightful Professor Thorgi on YouTube. Totally check out Professor Thorgi.

What did I take from all the chatter and my own reactions to my dips into the DC pond over the last 10 years? 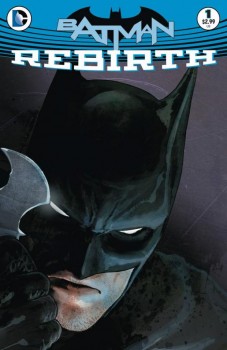 Well, it doesn’t sound like DC’s sustained sales are any better with the New 52 than they were before. Geoff Johns is the film-school-trained Chief Creative Officer at DC who brought back Barry Allen as the Flash, created all the different colored rings for Blackest Night, made Aquaman cool, and seemed to have a big hand in the successful launch of the Flash TV show.

According to Professor Thorgi’s theory, Johns had very little to do with the design of The New 52. Johns seemed to have put his finger on the problem, saying that in Rebirth, DC comics is going to recapture the traditions and legacies and humanity that fans love in the DCU.

That sounds promising. In March, DC announced 32 new titles to launch this summer, many of which ship twice a month. This compares with Marvel’s 70+ issues per month and illustrates why a course correction was needed.

And, as if to further illustrate their commitment to trying new things (something they haven’t always had a reputation for — see the website “Days Since DC Did Something Stupid“), DC announced an application process and course for artists and writers. This sounds like a great way to bring in new talent and diverse voices. 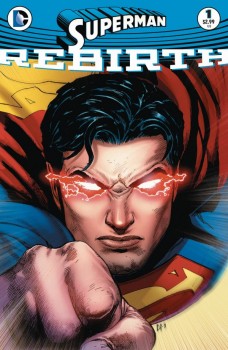 I’m all for DC’s attempts to improve their current situation. I like the DCU and I like their characters. I’ve especially been a Legion of Super-Heroes fan from the 80s and 90s and I really like a lot of what they did before The New 52.

So last week, Rebirth #1 came out, an 80-page monstrosity with no ads for $2.99. My son and I read it this week. Right off, the art is superb. On an issue this size, it took a small army of artists and inkers and colorists to put it together, but Geoff Johns is the sole writer and the story was excellent.

It is the story of Wally West, the guy who was *the* Flash for about 20 years after Barry Allen died in 1985 in Crisis on Infinite Earths. Wally was a beloved character, and Johns brought him back from the dead in a particular way that (a) showed *why* the DCU lost about 10 years, and (b) gave a huge amount of story momentum to those heroes who will now work to recover that lost time, the lost people and the lost relationships.

It was a moving story with a surprising, touching ending and if you didn’t get a chance to read it, Comixology should have a digital copy for you (here it is). When I asked my son what he thought of it, he said “this is now my favorite comic.” High praise from an 11-year old and certainly a good outcome for a corrective reboot. Instead of erasing a reboot that didn’t work, DC is giving its 2011 reboot glasses. I’m okay with that.

My son and I are now excited about the idea of starting to pick up different DC titles and we’re looking at how we should split up the costs. I do recommend that you check out Rebirth #1.

Derek Künsken writes science fiction, fantasy and horror in Gatineau, Québec. He blogs at Black Gate twice a month and tweets from @derekkunsken.

I really enjoyed reading REBIRTH #1 but I think that it might really confuse readers new to the DCU. I am also a huge Legion fan, since the 60’s/70’s so pleased that we’ll have them back again. But the thing I liked the most was seeing the original Earth-2 Justice Society in the hour-glass on the back cover!

I think it’s time for Geoff Johns to write Superboy and the Legion of Super-Heroes.

Hey Dr Fated! I fixed the Thorgi link. Thanks! Just in case, here it is: https://www.youtube.com/watch?v=Zi2HmDt_Jf0.

On Geoff Johns doing Superboy and LSH, I’d love to agree, but I feel that his vision is too valuable at the top. If he continues to show other writers how to tap into the essence of DC heroes, we’ll get a bunch of different stories from lots of creators. Marvel and DC work best (in my view) when the whole universe is being run competently, rather than having one great stable and a few that are not firing on all cylinders.

I got and read that No. 1 issue, and was left wondering what the heck was going on. I hadn’t read any DC comics in a few years, and maybe that’s why, but the issue at discussion here was more confusing than helpful or explanatory. I won’t be trying any more. This seems like a poor effort by DC to get itself back on track after a series of earlier poor decisions.