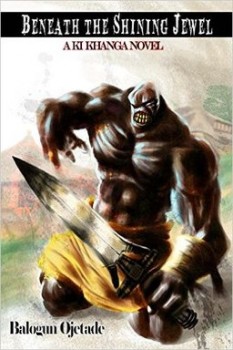 For the most part I don’t review new fantasy novels. They get all the press they need, and I don’t read that many of them (though I am seriously looking forward to R. Scott Bakker’s The Great Ordeal). Once in a while, though, there’s something that intrigues me. This week, Balogun Ojetade’s sword & soul horror story, Beneath the Shining Jewel, caught my eye. And then chewed on it and swallowed it raw.

A few years back Ojetade and fellow sword & soul/steamfunk/cyberfunk impresario and author, Milton Davis, released an anthology called Ki Khanga (2013). I reviewed it at my site, Swords & Sorcery: A Blog. Ki Khanga is a world where sorcery and super science exist side by side, Godzilla-sized beasts endanger civilization, and flame thrower-equipped elephants battle monster beetles. It’s a wild setting painted with boldness and liveliness. While I found some of the stories too thin, reading like little more than character backgrounds, others punched hard and I found myself hoping there would be more tales from Ki Khanga in the future.

Last month I asked Davis, apropos of nothing at all, if there was anything planned for his and Ojetade’s shared world. He told me Ojetade had a horror novel set in the world due the very next week. That book is Beneath the Shining Jewel.

Ki Khanga is a large ocean-ringed continent split nearly in two by a gigantic inlet called the Cleave. Tradition holds that it was made when Daarila, the creator god, used his great axe to destroy two warring magical races who had dared to storm Heaven. The axe came down and cut a hole through which all sorts of dangerous creatures and magic now creep.

Twenty years ago, it is believed, a dire infection called Bacillus slipped out and infected hundreds of people in the city of Sati-Baa, the shining jewel of Ki Khanga. Its victims became cannibalistic beasts, collectively called Gnaw Maws. Those with the mildest manifestation are called Nibblers and only eat small bits of themselves. If they survive long enough they mutate into hulking ravenous monsters that appease their ferocious hunger by peeling off and eating the skin of themselves and of anyone else they can find. A third type, called Poachers, are like vampires:

The third kind, Poachers, was possibly the most dangerous of Gnaw Maws. They looked and behaved like normal people. The Bacillus in them was more subtle…and extreme. They retained their character and humanity and rationalized their obsession. The relief of their stress, their ritual, was always performed upon their victims in secret, in hidden places; sometimes in the privacy of their own homes. The treatement: Kill them, if you could find them. 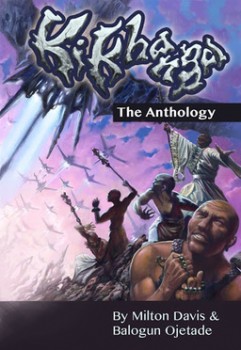 The Elder Merchants, the rulers of Sati-Baa, commissioned the creation of special Bacillus Squads to combat the infection. And they did, at great cost to the city and to themselves. A final, disastrous raid on an underground nest of Gnaw Maws turned Captain Mba Bongo into a drunkard riven by guilt over the deaths of his squad. While rescuing Mba his cousin Jima saw most of his own squad killed, while he himself was attacked and stripped of his skin. Twenty years later he spends his time in a wheelchair, cloaked and cowled to hide the terrible scars even the best healers couldn’t eliminate. Both are bitter about their lousy pensions and the bosses who sent them into the maelstrom without ever putting themselves at any sort of risk.

Twenty years of safety have left the city’s security forces inexperienced and unprepared for an outbreak, which is exactly what’s occurring as Beneath the Shining Jewel opens. So the old commanders are recalled to active duty and teamed up with the best younger constables to uncover the source of the current outbreak and burn it out.

Evidence garnered from the scene of the initial outbreak in Sati-Baa sends the reformed squad to a well-maintained suburban town. They learn right away things are worse than they feared:

Mba, Dummy and Toy rode up on a group of ten or more children who were braving the mild rain. The children ranged in age from about five to twelve by the looks of them. They had formed a circle on a big patch of grass. Mba stopped to watch them. He adored children and often wished he had a few of his own, but no way was he bringing children into a world where people ate each other’s flesh.

The children joined hands. Their high-pitched voices rang out:

The children danced in a counter-clockwise circle. Hands joined, they skipped in toward the center and out.

“Bacillus; ass to us; burn it all down!”

Now the children danced clockwise, skipping in and out — their eyes fluttering. They moved back out until their clasped hands pulled their arms straight. They stopped and turned to face Mba and the constables. One of the smallest pointed toward the trio on the horses. She screamed. The others opened their arms, eyes glaring.

Mba drew his sword. “They’re infected. We kill them all.” 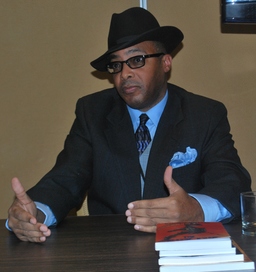 Too little modern horror really disturbs, rather settling for mere blood and gore. The best horror provokes a feeling in the reader that the natural laws of the universe have been subverted, or abolished all together. For all their dangling eyes and missing mandibles, plain old brain-eating zombies aren’t all that terrifying anymore. Besides, adults kill each other with far too much frequency and indifference in real life. But a pack of hungry-for-your-flesh children singing nursery rhymes? Now that’s psychologically unsettling. Throughout the book Ojetade successfully unsettles and disturbs the reader.

This scene also nailed down why I like Beneath the Shining Jewel so much: it’s a mashup of 70s horror and paranoia in fantasy drag. Mba and Jima are the world-weary “heroes,” who have seen and done too much. The very system they serve is corrupt and bent on keeping the truth about the outbreak from the public. The plague is turning neighbors on neighbors and children on adults. Nothing is safe and anyone could try to kill you at any moment.

And there’s plenty of bone-crunching blood and gore in case you thought I was implying Beneath the Shining Jewel was just atmosphere and psychological terror. When he wants to, Ojetade can bring it with the best:

The word echoed across the alleyway

Mba whirled around toward the sound.

The Gnaw Maw must have been hiding behind the cart. A dark red shape leapt on the old man, jaws snapping on his face. There was a ripping noise.

The old man’s screams were terrible. There was hissing and tearing sounds and the cart shook from the powerful assault.

Once in the town, the book roars towards the finish line. The investigation the squad hoped to conduct in secret gets ratcheted up quickly, 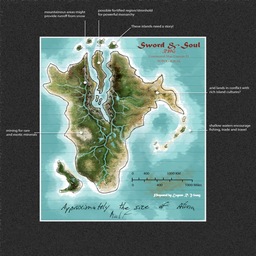 and the team splits up to explore different leads and locations. The terror gets more intense with each step that brings Mba, Jima, and the rest of the constables closer to the heart of the outbreak.

Chapters shift back and forth from Mba’s to Jima’s perspective as each comes to grips with the severity of the present outbreak and how best to root it out. Before the double gut-kick of an ending, we’ve gained a deeper understanding of what each veteran went through and how much it transformed him. They are tough men driven by circumstances and personal honor to make terrible choices and take insane risks. As much as the burned out, embittered veteran character has been done, when done right, like here, it’s still a compelling archetype.

Beneath the Shining Jewel is not without its flaws. The rapidly shifting perspective made it a little hard at times to keep track of where I was in the story. A chapter where the new constables explain their nicknames is too long. Ojetade does a good job working in the background of Ki Khanga, but much of how the city Sati-Baa operates remains unexplained.

Those minor aspects aside, Beneath the Shining Jewel is a blast. There’s room for deep thoughts, high art, even politics in fantasy. And there’s plenty of room for a story starring battered old heroes fighting tooth and nail against creeptastic horrors.