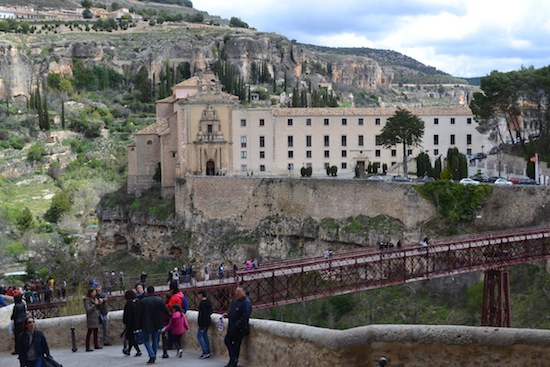 The Bridge of St. Paul connecting the historic town to the Old Convent of St. Paul.

One of Alfonso’s first additions to the city was the cathedral, for which he imported many workers from France to make it in the French style. Alfonso’s wife, Leonor de Plantagenet, was French.

The old part of town is filled with medieval and Renaissance churches, convents, and palaces, and has been declared a UNESCO World Heritage Site. Many of these buildings have been converted into galleries and museums. There’s an interesting little regional archaeology museum (that I’ve written up here) and a large collection of contemporary art at the Fundación Antonio Pérez, housed in a Renaissance building. 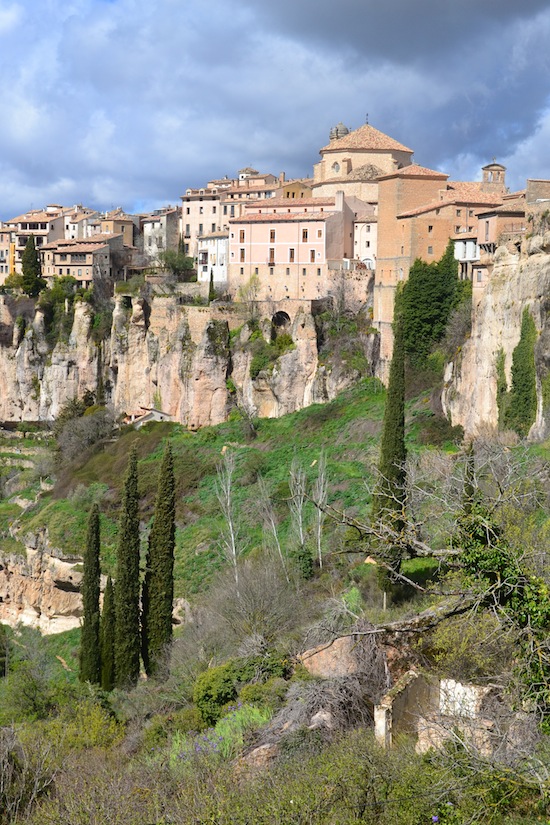 The best part of visiting Cuenca is wandering the medieval streets and looking out over the gorge of the Huécar River, spanned by the Bridge of St. Paul, an impressive iron bridge made in 1902 that rises up to 40 meters above the valley floor. It leads to the Old Convent of St. Paul, now a hotel. The associated church is now a contemporary art museum.

While most people visit Cuenca as a day trip, it’s worth it to stay overnight. The town empties of the day trippers and becomes almost abandoned. This makes for an atmospheric walk, although a rather sad one. Cuenca’s historic barrio isn’t much of a living neighborhood anymore. Many people have moved away to bigger cities in search of work, and the majority of buildings are either abandoned or have been turned into tourist accommodation. There are no supermarkets, no movie theaters, and surprisingly few shops for everyday items. Most of the life centers around the new town on the plain below the gorge, which while lacking the attractions to bring in tourists, at least has all the amenities people need to actually live there.

This has made Cuenca a strange sort of double city, one for the locals and one for the visitors. It’s sure worth a visit, though!

All photos copyright Sean McLachlan and Almudena Alonso-Herrero. More below! 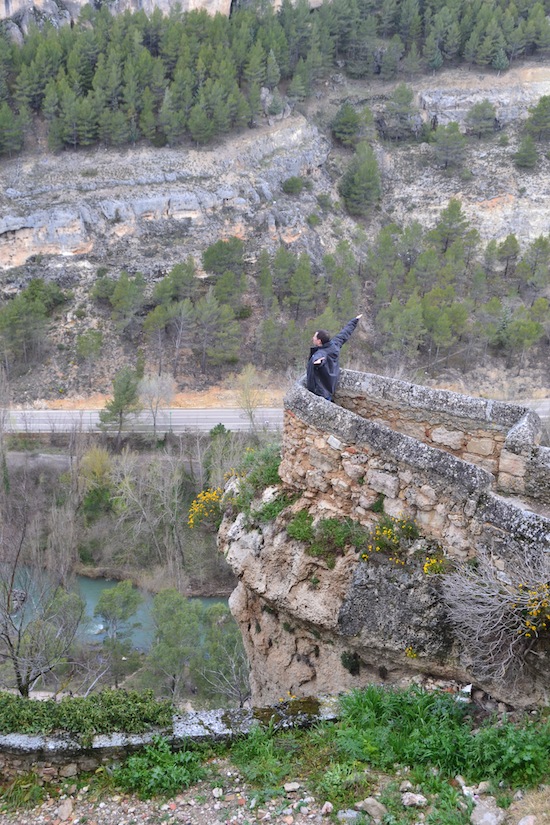 Yours truly giving my best Titanic impression. You know the medieval sentinels totally did this. 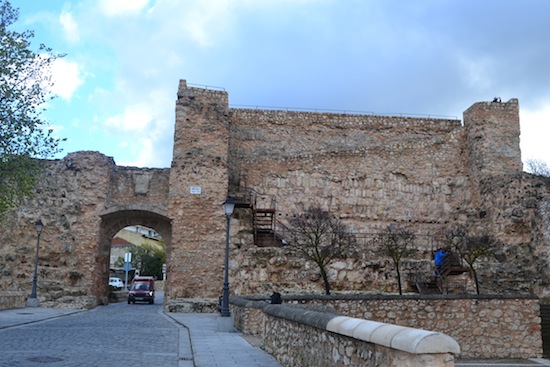 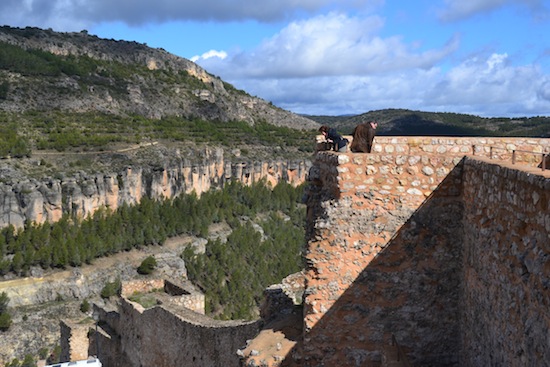 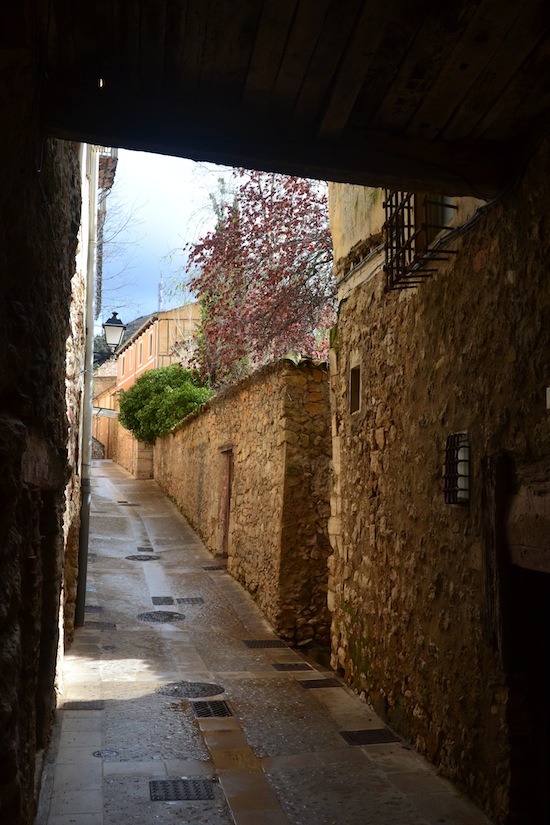 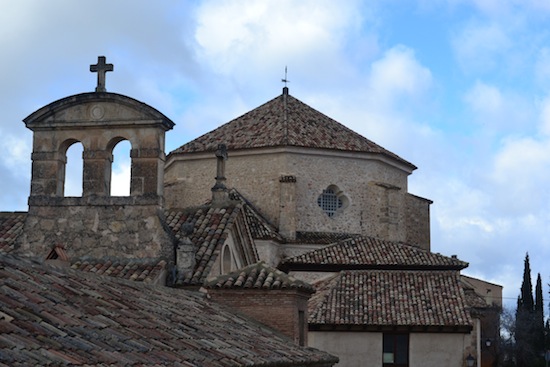 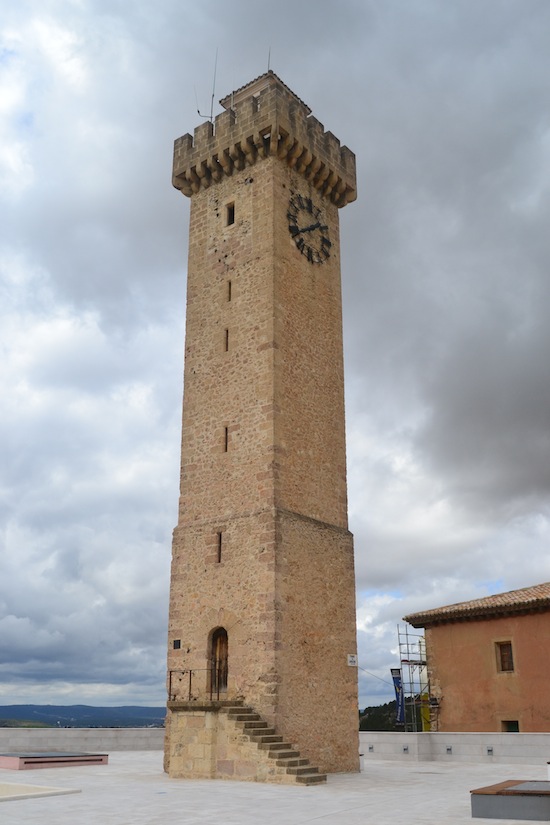 The Mangana Tower. It’s unclear just when this was built, but there’s a painting of it from the 16th century. 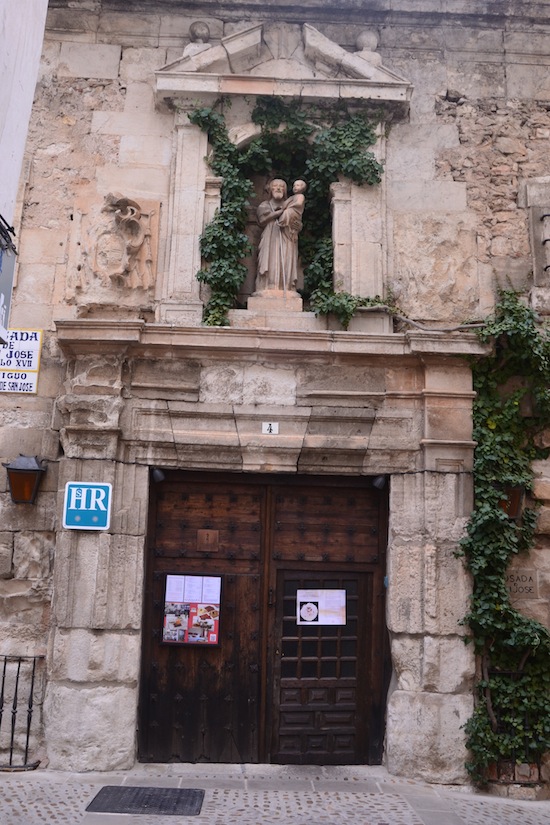 Our hotel, La Posada de San José, is housed in the College of San José, established in 1688 for the choirboys of the cathedral. The building is probably a few centuries older than that. Get a room facing the gorge. Room 21 has awesome views! 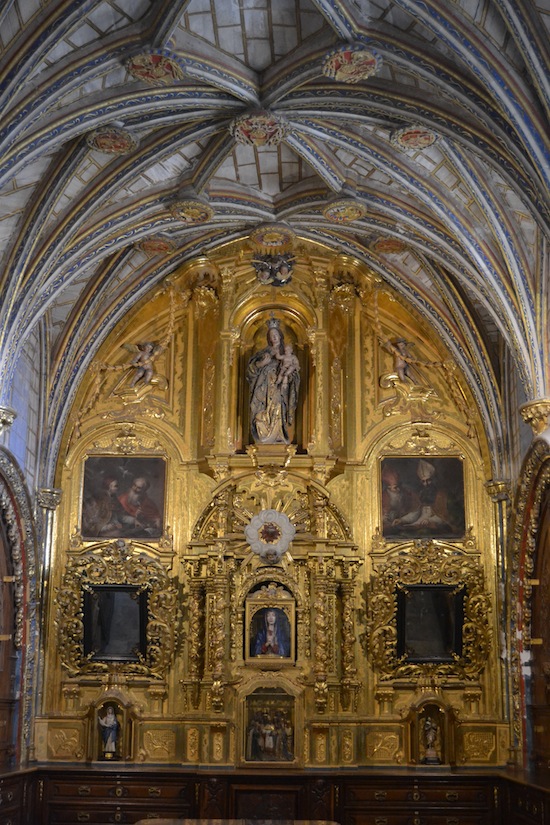 The retablo at the cathedral. 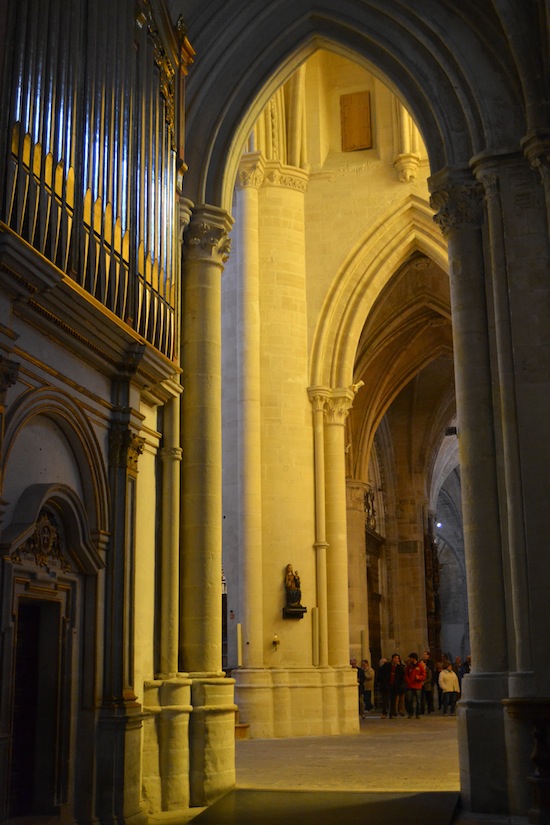 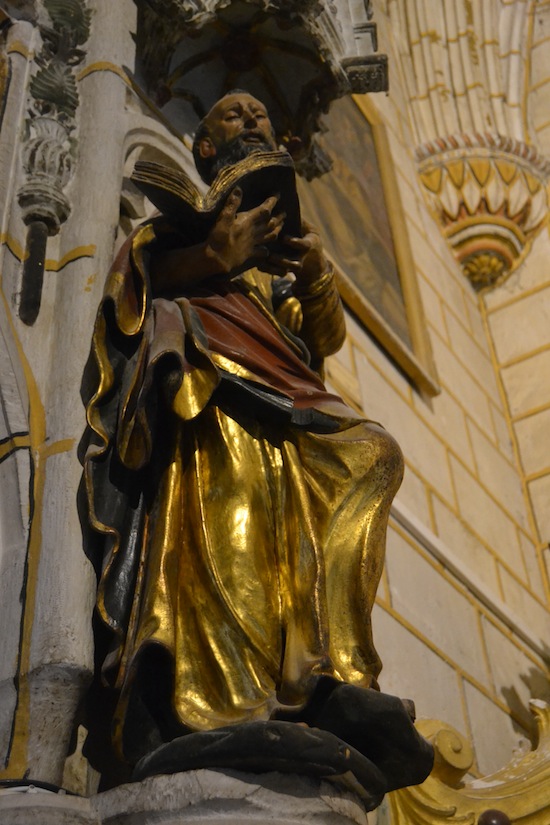 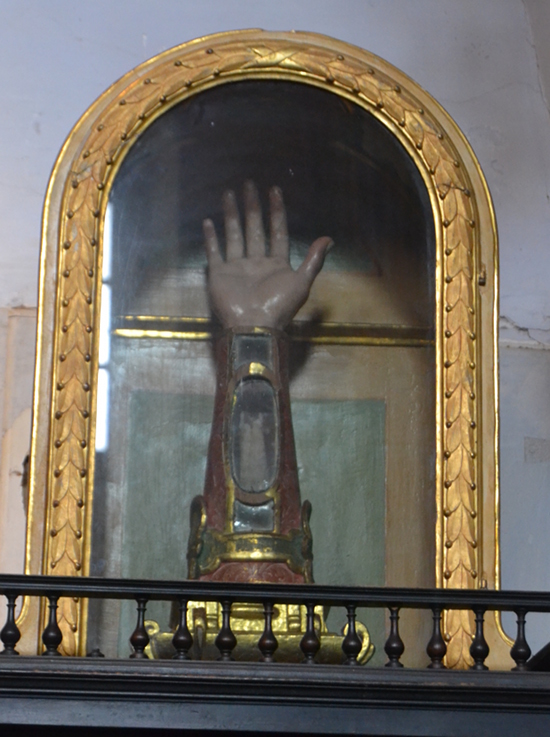 One of two arm bones from some saint. There was no sign telling about it. I was tempted to steal one but I didn’t want to be charged with armed robbery.

Thanks for this look at Cuenca, Sean. That’s where my family is from, originally. My mother (and several of her sisters) was born in Villaconejos.

The average American has three phobias. My big one is fear of heights. For a site as amazing as this one, I’d bring Xanax.

I’ll see you that terrible pun and raise you another:
Steal both of those saintly bones, and you’ll have a truly epic exploit, worthy of its own theme song.
Arms and the man I sing!