NOTE: The following article was first published on March 14, 2010. Thank you to John O’Neill for agreeing to reprint these early articles, so they are archived at Black Gate which has been my home for over 5 years and 260 articles now. Thank you to Deuce Richardson without whom I never would have found my way. Minor editorial changes have been made in some cases to the original text. 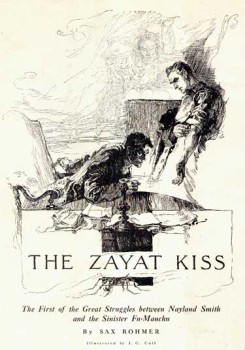 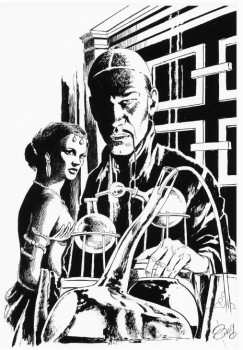 It has often been noted that Nayland Smith and Dr. Petrie are cut from the same cloth as Sherlock Holmes and Dr. Watson and yet they display as many differences as they do similarities to their more famous progenitors. When Sax Rohmer incorporated “The Zayat Kiss” into the first three chapters of his first novel, British readers had a distinct advantage over their American counterparts in that the UK edition, The Mystery of Dr. Fu-Manchu contains chapter titles that The Insidious Dr. Fu-Manchu is lacking. The first chapter is titled, in a direct reference to the opening chapter of the first Holmes novel, “Mr. Nayland Smith of Burma.”

Yet it is not Nayland Smith who conjures the most indelible image of Sherlock Holmes so much as it is the brilliant, but eccentric criminal pathologist, Chalmers Cleeve who we meet as he crawls beetle-like about the crime scene. Cleeve is stumped by the murder of Sir Crichton Davey as much as Scotland Yard’s Inspector Weymouth (who Smith and Petrie meet for the first time in this tale) for it requires more than deductive reasoning to successfully combat Dr. Fu-Manchu. The Devil Doctor can only be matched by an opponent destined to defeat him. Fate, in its distinctly Eastern concept, is the deciding factor in restoring order to the frenzied paranoiac world that Rohmer vividly creates for his readers in sharp contrast with Sir Arthur Conan Doyle’s prevailing belief that trained reasoning can solve any problem.

Dr. Petrie, our Watsonian narrator, is also an aspiring author like Conan Doyle’s prototype. The difference is that Petrie is not a heroic war veteran like Watson, but an Everyman never even granted a first name in any of Rohmer’s stories. Petrie is a dull, drab physician with an ailing suburban medical practice and an ambition to write weird mystery stories. Unlike Holmes and Watson who are introduced by way of a mutual friend aware that both men are looking for someone to share lodgings with, Nayland Smith is established at the outset as an old friend of Petrie’s, a civil servant unexpectedly returned from Burma. 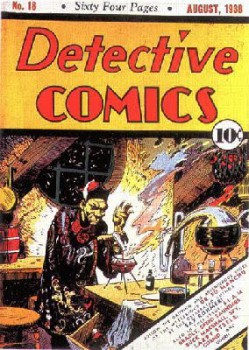 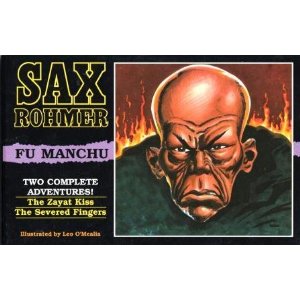 The back-story that Rohmer establishes for Smith is that he stumbled upon the existence of an Eastern secret society sworn to stem the tide of British colonialism. Smith was shot with an arrow dipped in the poison of a hamadryad. He suffered for days in a malaria-infested jungle and survived only by his own ingenuity and fortitude in affecting his own painful cure. The wound he shows Petrie on his arm is clearly inspired by Watson’s war wound in Afghanistan, yet given a more lurid and melodramatic origin and story purpose. Watson’s injury is used to demonstrate Holmes’ intellectual and physical superiority whereas Smith’s injury is the threat of strange deaths that Petrie (and by extension, the reader) will face as they leave the safe, comfortable world of the writer’s study and enter the crazed secret war being fought under cover of darkness.

It is interesting to note that Smith intended his stay in England to be a brief one. He specifically asks Petrie to put him up and serve as his constant companion for a few days at most. In return, he promises to give Petrie plenty of material to jump-start his career as a writer of weird fiction. Smith’s intent is that only Petrie knows that he is in England. All of this changes once Smith learns that he is too late to save Sir Crichton Davey from assassination. Petrie, the innocent bystander, is now involved and there is precious little to be done save to persevere for to turn back now would surely forfeit his life. Dr. Fu-Manchu is determined to limit the number of people who know of his existence and the threat posed by the secret society he serves. 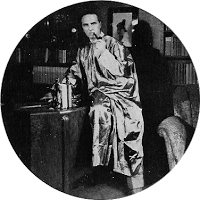 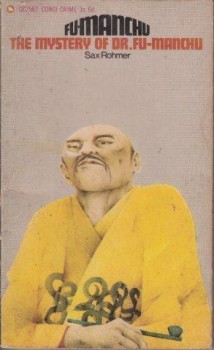 Sir Crichton Davey is the third of Fu-Manchu’s victims of assassination since coming to Europe. Nayland Smith tells Petrie of the fates shared by Jules Furneaux and the Grand Duke Stanislaus. All three victims would appear to have died of natural causes. Smith literally describes himself to Petrie as the West’s only hope for survival against their mysterious unseen Eastern foes and Rohmer sets out to make such a hysterical claim seem credible over the course of the story.

Rohmer’s chief means of successfully creating this atmosphere is by making the first victim of Dr. Fu-Manchu unprepossessing. Sir Crichton Davey is a cocaine addict, not a bored dilettante like Holmes, but a cad as underlined by his womanizing as much as his drug addiction. The description of Davey’s study matches Rohmer’s own study where he wrote his stories with its green-shaded writing lamp and Oriental curios. The clues at the crime scene — a perfumed envelope and what appears to be lipstick stains on the back of the corpse’s hand – are as much a sign of the womanizing bachelor as it is a sign of the first of Fu-Manchu’s strange deaths.

At the time of his murder, Sir Crichton was engaged in writing a book on the secrets of Tibet. Time and again, Rohmer’s British characters display an odd fascination with the East which imperils their lives. On a larger level, Rohmer the Edwardian author was generating an interest in the East in the minds of his British and American readers by sharing his own real life obsessions by way of his fiction. Britain is portrayed as ordinary and staid in contrast to the mysterious East with its promise of intrigue, excitement, danger, and sex – in other words, everything foreign to Edwardian Britain. 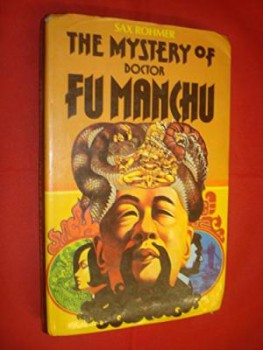 Apart from the bizarre murder weapon of the title, “The Zayat Kiss” chiefly portrays the East through the person of Dr. Fu-Manchu, the criminal genius operating behind the scenes who never actually appears in the story and whom Nayland Smith has only glimpsed in passing (as Rohmer will later claim was the case with his real-life counterpart, Mr. King). It is interesting to note that Smith’s description of Fu-Manchu with his “brow like Shakespeare” and “face like Satan” mark a study in contrasts. He is both a figure to engender admiration and repulsion in the reader in equal parts. Most notably, Smith views him not as his equal (as Holmes does with his mentor turned enemy, Professor Moriarty), but as his better. Rohmer will never abandon this duality as he develops the character, but will continue to strive to entice and revolt his reader in equal measure. More than the embodiment of the Yellow Peril, Fu-Manchu is the British colonialist’s embodiment of Foreign Otherness – at once both enticing and fearful.

The other chief portrayal of the East in the story comes in the form of Fu-Manchu’s unnamed slave girl. The character will gain a name and personality in later stories and it is noteworthy that even at this early stage, Rohmer was considering giving Fu-Manchu a daughter. The beautiful slave girl of the East is both a figure of fantasy from 1001 Arabian Nights and a reminder of the real-life treatment of women in some Eastern cultures. While this is only hinted at in “The Zayat Kiss,” Rohmer will develop this theme to greater effect in later stories. Exotic Eastern women promise pleasures and beauty their Western counterparts cannot hope to measure against, but they also function as damsels in distress to be liberated from their “savage” captors and brought to the safety of the West. Of course, as we shall see in due course, nothing with Rohmer is ever quite that simple. While Petrie will win the heart and freedom of his Egyptian slave girl, it is he who will convert to her way of life – choosing to live with her in Cairo rather than remain in England. Rohmer’s own heart, as always, belonged to the East.