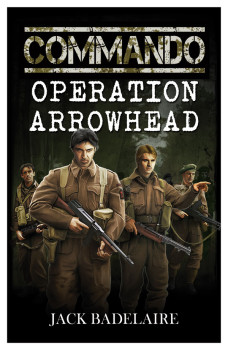 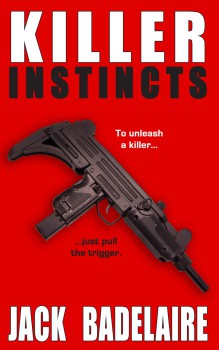 Just as the genres of Fantasy and Science Fiction allow readers to escape into other worlds and set aside real-life stresses, so too did these “Men’s Adventure” books (a label I use reluctantly because it presupposes only men read them) allow people to escape into a world where the wicked are punished by near-superhuman vigilantes who do what the conventional forces of law and order cannot accomplish. And, while at times the writing can be distasteful — a lot of it carries negative racial and gender overtones — these books were undeniably popular, with some series — like the Killmaster and Executioner – running into the hundreds of titles, and many more into the dozens. Even a somewhat distasteful series like The Death Merchant — who regularly killed innocents to accomplish his objectives — had over seventy books in the series.

How much do you think indie publishing is reviving genres and subgenres that traditional publishing have given up on, like Men’s Adventure, Westerns, etc.? What “old” genres seem to be reviving the most?

The Western is definitely at the top of this list. There are a lot of retirement-age Western authors who first penned works in the 60s and 70s, who are now both republishing their old backlists and writing new books. The cheap, quick, breezy reading which epitomizes “back pocket” paperbacks in the 160-200 page range is the perfect style of fiction to port over into the ebook platform. There are also a lot of neo-Pulp writers out there who are penning works hearkening back to the old Pulp yarns of the 20s and 30s, from boxing tales to detective stories, to vintage crime-fighting and exploration adventures. And, like with the Westerns, a lot of the original material is being digitized and republished, so authors who might have been forgotten are now finding new life in ebook format. 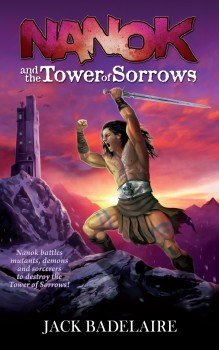 Ultimately, what independent publishing does is make the popularity of a genre democratic. All other factors being equal, readers will buy what they want to read, and writers who find their works are being bought and read will continue to write those sorts of books. “Big Publishing” declared the Western dead long ago, yet thousands of Western ebooks are being bought and read every month. Harlequin closed down Gold Eagle Books, the last major traditional publisher to put out Men’s Adventure titles (they were the home of the Executioner), and yet, indie writers are creating their own new, gun-toting vigilante heroes, and finding readers who enjoy their books.

You’re an avid pen-and-paper role-playing gamer. While the influence of that is obvious in your two fantasy books, does it creep into your other ones as well? Do you think gaming makes a good background for a writer?

For me, role-playing games are great for several reasons. First, they aid in stimulating the imagination, the “what-if” factor that leads a creative mind down the path to a good story. They also train you to think about your characters’ strengths and weaknesses. For example, when I think of the main characters in my Commando series, I say to myself, “Lynch is better with the Thompson than Nelson, who is better with explosives. Herring has the highest skill with knives, but Nelson is better at brawling than Herring. McTeague, however, is better than both of them with either the fist or the blade.”

But most importantly, the work that goes into creating the worlds, characters, conflicts, and adventures that drive a good role-playing game mimics the work that a good writer needs to put in to craft their own worlds, even if that “world” exists now, or in our recorded history. There is a certain process and rigor you need to possess in order to keep everything organized, and that skill set transfers between RPGs and fiction writing quite naturally. One does, however, have to make sure you remember that a novel is not a role-playing game adventure, and vice-versa. The background processes are similar, but the final products are quite different.

Besides gaming, you like single malt whiskeys. What’s your favorite and why? Oh, try Scapa if you haven’t already. My favorite from the Orkney Islands.

This is a tough question, because my tastes vary depending on the season and the occasion. I am a big fan of Balvenie, Macallan, and Dalmore, but I also have some Laphroaig and Ardbeg for those cold winter evenings. I think right now I’ve got eight different single malts on hand, but I drink them very sparingly. I still have a bottle of Macallan 18 given to me on my 30th birthday, although it is down to its last couple of drams.

Nice list! Laphroaig is too peaty for my taste, but I enjoy most of the others. At the beginning of this year, you wrote quite a frank post about your sales figures, which I must say are impressive, and mentioned that your Commando series had gotten the vast majority of sales. You worried that you had all your eggs in one basket, which is better than me. I have several baskets and damn few eggs! Do you think this is a common problem for indie writers and how are you going to remedy that?

I think the problem is extremely common. I wrote an article about a year ago called Chasing the Rabbit of Success wherein I talked about this at some length. A lot of new authors write a book — or maybe two — and then focus all their efforts on selling those one or two books. Instead of writing more, they lose themselves in finding the perfect cover, the perfect product description, massaging the social media machine, getting book promotions and planning sales, soliciting reviews. While all of this is important, it will drive you mad, because no one aspect of this will provide more than fleeting spikes of sales unless you have a book — or hopefully books — that attract and entertain readers. 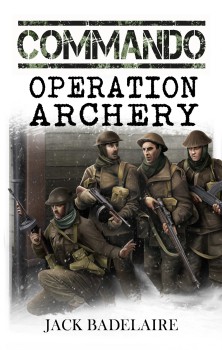 Related to this, you run into the problem of series burnout. I’ve begun planning the sixth Commando novel, and I’m certainly not tired of the series, but I can imagine a time when I might be, and the end of the war is a long ways away. So, there is a chance I might either get sick of it, or stretch the process out too long and lose readers’ interest. In addition, if the popularity of the series begins to seriously wane, unless I have something else to offer readers, my sales overall will dry up quite quickly.

As for a long-term solution? I must continue to grow as a writer, both in terms of skill and productivity. I want to dedicate a portion of my creative energy every year to branching out, either into a similar series (I am planning another WW2 series) or expanding on those I’ve already published, such as my one Western or the Hangman series. One of the great strengths of independent publishing is that you determine the path of your career as a writer. Many traditionally-published authors are flat-out told by their publishers to not attempt works outside of their bread-and-butter genre, or force them to write under pen names if they do, for fear that this will somehow dilute their brand. A lot of indie authors debate this as well – some write under many pen names, while others write everything under one name, making themselves the “brand.” Ultimately, there is no right and wrong, there is only what works and what does not for each author.

What can we expect from you this year?

Well, my fifth Commando novel just went live, and I’ve begun work on book six. I hope to get that title out relatively quickly and keep the momentum going. At the same time, I’m collaborating with my friend and fellow author Dan Eldredge on his new Ranger series of WW2 novels, which take place in the same “world” as the Commando stories, and feature characters who’ll cross over from one series to the other. Further, I hope to write my next Western novella, and hopefully end the year with the first of a new WW2 series, one centering around the German tank forces. On top of all that, this spring I’m going to start teaching a regular adult education course on self-publishing. There’s a lot on my plate, but with some hard work, I can make it happen.

Sean McLachlan is the author of the historical fantasy novel A Fine Likeness, set in Civil War Missouri, and several other titles, including his WWI action series Trench Raiders. His historical fantasy novella The Quintessence of Absence, was published by Black Gate. Find out more about him on his blog and Amazon author’s page.