NOTE: The following article was first published on April 12, 2010. Thank you to John O’Neill for agreeing to reprint these early articles, so they are archived at Black Gate which has been my home for over 5 years and 250 articles now. Thank you to Deuce Richardson without whom I never would have found my way. Minor editorial changes have been made in some cases to the original text. 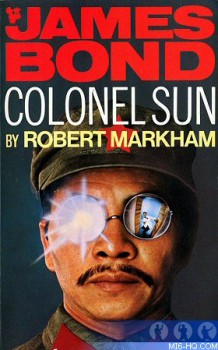 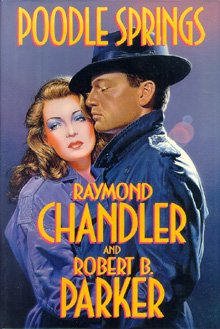 Pulp fans are united by an uncommon passion for literary authors and their creations. We read and re-read these seminal works time and again savoring each thrill as if discovering it anew. We read one another’s thoughts on these works in the hope of gaining a greater appreciation of the material or, at the very least, finding some justification for why they affect us so deeply. We dread to consider awakening to a world where there are no new tales of these characters to discover.

A small number of us set out on the precipitous path of making that dream a reality by adding to the existing canon of our favorite characters. Many of those who do so choose to work in the relative safety of fan fiction, content in the knowledge that none will judge their efforts too harshly. Fan fiction, however, is a double-edged sword for while it allows us to work free from criticism, we do so in the knowledge that none will treat our work as a legitimate continuation and that, at the end of the day, is what we all strive to achieve.

Established writers such as Joe R. Lansdale and Robert B. Parker have sought to finish incomplete manuscripts by Edgar Rice Burroughs and Raymond Chandler, respectively. They are not alone in having accepted such assignments and while they do us all a favor by completing that which mortality left unfinished, they do so in the knowledge that many among us will burn them in effigy for having dared tamper with the Sacred Writings of our Faith.

Less defensibly, L. Sprague de Camp re-wrote numerous Robert E. Howard stories in an effort to extend the chronicles of Conan in the apparent belief that Howard’s characters were interchangeable. An act of hubris that now renders much of the first generation of Conan pastiche writers’ work unmarketable. Lost seemingly forever are numerous stories that filled the Lancer/Ace paperback series that introduced many of us to Howard’s work in the 1960s and 1970s. 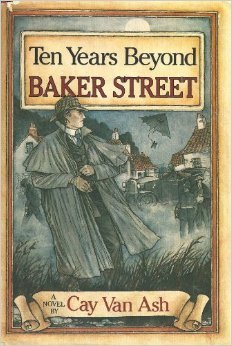 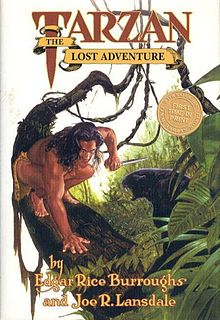 Sir Arthur Conan Doyle’s Sherlock Holmes stories undoubtedly have spawned the closest thing to an organized religion among its followers and yet Holmes devotees remain surprisingly open to allowing other hands fashion new tales for Holmes and Watson. Holmes continuation writers have presented the great detective as a liar, a madman, a married man, a gay man, and even Jack the Ripper without ever shaking the faith of the devoted in the dogmatic truth of the canonical cases. Yet those who have taken up the pen of Ian Fleming, Raymond Chandler, Bram Stoker, Edgar Rice Burroughs, and even Sax Rohmer frequently find they are greeted with jeers and catcalls for doing nothing worse than giving fans what they most want – more of their favorite character.

The simple explanation is that no matter how hard any writer tries to stay faithful to the spirit and letter of the original in reviving a dormant property, they will never be the original author. Truth be told, authors who churned out numerous adventures of a popular character over the course of many years usually reached a point where the writing became formulaic and the creator’s cynicism replaced their ingenuity and enthusiasm.

The average reader (a phrase that applies to none of us who can quote their favorite book as Holy Writ) is the continuation author’s best hope for acceptance for we the faithful are too fanatical to ever accept a continuation author as anything but a heretic. Partly this reaction is one based firmly out of reverence and nostalgia for how enjoyable the originals were at our particular age of discovery and partly it is borne of the belief that there is no one among us worthy to carry on the Master’s work and anyone doing so must be a pretender to the throne.

The real truth that lies at the heart of our world is that the authors we revere so much are those that we fervently wish we were. Their past is the reality we would trade to live. For most of us, we are not monogamous in our literary loves, but highly promiscuous – even polytheistic. For those reasons alone, the continuation writer must be deemed a false prophet and worthy of our condemnation for they dare to attempt that which we only aspire to in our unspoken dreams.

Has anyone around here ever read the Fritz Leiber Tarzan novel, Tarzan and the Valley of Gold? I’ve always wondered if it was any good.

I read it many years ago. It was, after all, #25 in the Ballantine library…

As for the book itself, it’s a pretty straight forward novelization of the film, but Leiber adds a copious number of footnotes to reference ERB’s original works. It’s not bad on its own, but it seems less like authentic Tarzan than DARK HEART OF TIME or Will Murray’s new Pal-ul-Don novel. Just my opinion of course. As novelizations go, it’s well above THE EPIC ADVENTURES.

Having dug into the REH world for our ‘Discovering Robert E. Howard’ series this year, there is a HUGE difference in the view taken of pastiches by Conan fans and Holmes fans. It’s like two different worlds.

I was referring to the official Conan pastiches put out by Tor. I think there were around 30 or so: have to check…