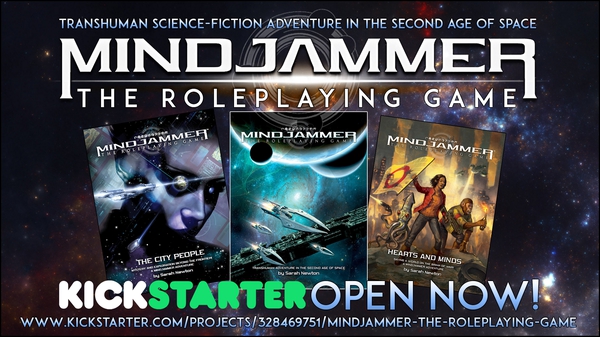 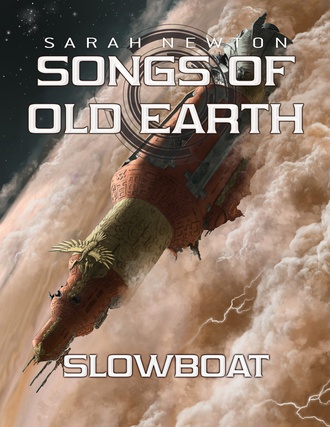 One of the great delights about writing about the Commonality is seeing people’s reactions to it. There’s a Mindjammer novel (and hopefully, if the Kickstarter permits, a second and third novel, too), and also a Mindjammer roleplaying game and currently one published adventure, with a whole series of new supplements now in the process of being funded. But whether by fiction or communal storytelling around the table, people have strong reactions to the Commonality. It’s a civilization that considers itself the best there is to offer; a strong culture at peace with itself, and yet one which bans religion on its Core Worlds and outlaws the uncontrolled dissemination of “news”. It’s both idealistic, and ruthlessly pragmatic; it will go out of its way to manipulate a rediscovered world’s culture until it considers it to be ready for “integration”, yet it will coldly “sanction” whole cultures it considers inimical to its own stability. Memetic engineers and culture wars are features of life on the Commonality frontier.

Some people react with horror when they read about the ruthless pragmatism of the Commonality; its desire for control, coupled with its belief in its own rightness. Others see it as the utopia it thinks it is, and the sacrifices in privacy, personal freedom, and “liberty” required of its citizens a price worth paying for a viable and stable interstellar civilization. I think many people are upset by the Commonality’s honesty; its refusal to hide the darker side of the actions it considers necessary from view. As though that somehow illuminates the hypocrisy of our own culture’s self-appointed guardianship of the light of truth…

Personally I don’t come down on either side of the fence. As a writer, I’m coming from the starting point that the Commonality exists: a vast, transhuman, hyperadvanced civilization in which individual humans nevertheless still matter, and haven’t been superseded by superintelligent sentiences regulating the affairs of entire solar systems. My job is to work out how it exists, and to depict the stresses and strains its existence subjects it to. As a gamer, I want a setting filled with the potential for action and conflict; one where everything might still fall apart, and yet where there is something truly precious worth fighting for. Not a simple good or evil, but an idea — the idea that humanity has a real, vital future, out there among the stars.

And, as a citizen of 21st century Earth, I want a setting that isn’t “grimdark,” that isn’t beset by unrealistic science or childish notions of galactic bugbears. I want a setting that is believably optimistic, and where we can take on the forces of control, oppression, and stagnation, and defeat them, and create the future we think should be ours.

In the Mindjammer Kickstarter, that’s what I’m hoping you’ll give me and my team at Mindjammer Press the opportunity to write about, both in fiction and in roleplaying game supplements, so you can game out the Commonality’s “big ideas” and human struggles at your table. If you’re interested, please stop by at our Kickstarter page and check out what we’re proposing. I hope you’ll like what you see, and that you’ll join us as we describe this future age of action, peril, exploration and wonder we’d all like to think will one day be ours.

The Commonality salutes you!

Thank you very much indeed for the awesome words, Bruce – I really appreciate it. Your insight about the Greek sophists is spot-on. I hope you’ll maybe join us over at the KS and help us all find out more!