Devil Survivor 1 and 2 move the gameplay from pure JRPG design to tactical SRPG (Simulation RPG) play. Featured on the DS and 3DS, the series has the same trademark of having to survive the end of the world with the use of demons. As with previous titles, you play as the Main Character or MC, along with his friends who have to fight back to survive.

The big twist of course is the change to combat, and how this relates to party compositions and strategy. Each “person” on the field actually represents a party of three characters with one being the leader. If you kill the leader first, the entire party is defeated, but you’ll get less experience. A combat turn has both parties attacking once before returning to the field.

Just like other Shin Megami Tensei games, you’ll need to keep track of enemy and party member resistances in order to stand any chance against the various enemies and bosses you’ll face. One element to note, the Devil Survivor series can be on the harder side of things, mainly due to the fact that combat revolves around fighting  groups of enemy teams that are larger than ones that you can field.

Next, we return to traditional combat with a two part series.

Digital Devil Saga 1 and 2 came out after Nocturne was ported to the US. The series’ storyline follows a group of survivors who are surviving in a post apocalyptic world when they are given the power to turn into demons. 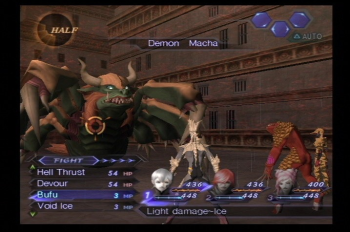 As with other games in the franchise, combat is turn based and the series is a more streamlined version of Nocturne, which led to a few big changes in the design. There is no demon summoning and recruiting in Digital Devil Saga, and your party consists of the main characters that each have their own unique skills.

Each party member has a set skill tree that you can go through to unlock new abilities and skills, as long as you have the resources to do it. Players who don’t mind grinding can easily earn the top tier skills and render the final challenges moot, but the game is still a challenging JRPG.

So far we’ve talked about titles that still have turn based design. Our next game is the most action packed Shin Megami Tensei title.

Devil Summoner may be the most confusing in terms of its place in the Shin Megami Tensei brand. The reason is that technically there are four games in the series; one that hasn’t been ported yet, one released on the 3DS in 2013 and two that are considered prequels to the first two.

The third title, Devil Summoner: Soul Hackers, which was released on the 3DS, stays with the turn based RPG play of other titles in the Shin Megami Tensei brand, but I want to focus on the prequels due to their different designs.

Of the Shin Megami Tensei games ported to the US, the Devil Summoner series is the most action focused; with combat played out in real time as the player slashes and shoots demons. In this series, demons provide support to the player while they are fighting with a few special skills. The focus on action compared to RPG play made this particular branch of the Shin Megami Tensei a lot more accommodating for people who weren’t skilled at the stat-focused JRPG design of the other titles. 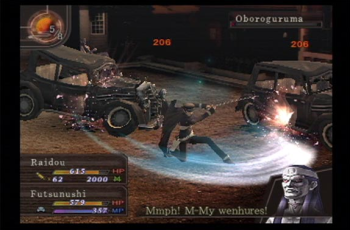 While the Devil Summoner series was popular enough to port the two games over, as with Digital Devil Saga, there are no new plans to continue them at the moment. Our next side story is one of the more recent, and has something to do with another title I’ve talked about here.

Shin Megami Tensei Strange Journey was another game in the series that appeared on the DS. The developers wanted another attempt at creating a more accessible take on the series, and so they decided to take elements of the Etrian Odyssey series (which I’ve talked about here) and combine it with Shin Megami Tensei. What we got was a traditional first person-based RPG with the trappings of party recruitment. As the main character, you could recruit party members through conversation to join you, and your actual party was made up of yourself and three demons of your choosing.

As with other Shin Megami Tensei games, scoring critical hits by attacking a weakness was important; every time you did, every demon of the same alignment as the player would join in on a special attack. Similar to Nocturne, if the player runs out of health, the game is over; making it very important to take the right defenses into combat. 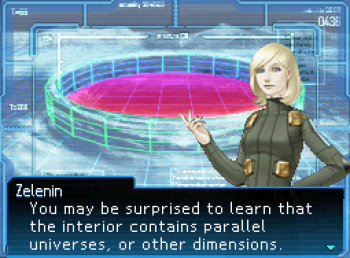 The story of Strange Journey has more of a sci-fi twist, compared to other games. Taking place in Antarctica, the player is part of a crew that has to investigate an anomaly that is slowly devouring Antarctica, and soon the world.

Combining Shin Megami Tensei with Etrian Odyssey helped to make Strange Journey a successful entry in the series; with possibly a sequel on the way.

For our final side story, we turn to one that has become the most popular — and may be arguably more popular than the main branch.

Persona is actually the first game in the Shin Megami Tensei series to be ported to the US, and it came with little fanfare to the PS1. While the Persona games keep with the theme of capturing demons to fight for you, there are a few key differences that helped differentiate it from the other games. The storylines all follow a group of students who, through some strange situation, unlock the power to summon their inner selves or their Personas to help fight for them. The player is usually the main character who doesn’t talk and has the special power to swap their Persona with others collected.

Each game features different ways of acquiring new Persona/demons and your party members always have fixed Persona to use; allowing you to build a party around them. The combination of high school students and a modern day Japanese setting helped make the series more accessible, compared to the crazy settings of other Shin Megami Tensei games. What’s interesting about the series is that it did not take off until later games, particularly with Persona 2, which was actually split into two games. 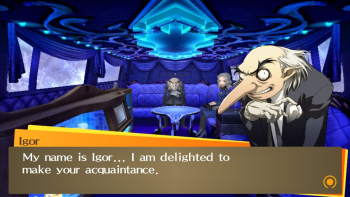 We only got the second half originally in the US. The reason was due to disturbing themes, including having Hitler show up at one point as a boss.

However, it was Persona 3 that really struck a chord and became a major hit. The game combined visual novel gameplay with the series’ challenging RPG battles.

The player had to go to school and build stats and foster relationships; in turn, this would allow them to unlock more personas that they could call into battle.

Featuring great voice acting and a catchy soundtrack, Persona 3 became popular enough to get its own side story released, titled Persona 3: FES, along with a remastered version for the PSP called Persona 3: Golden, which many fans consider the definitive version. Persona 4 continued the trend with an interesting story built around a murder mystery, and a variety of characters.

What’s interesting about the game was that it also earned praise for exploring sexual themes in one of the game’s plot points. The character Kanji, whom the player meets, has a story line that explores his confusion with his sexuality and how he expresses himself to his friends and family. There is also a character who struggles with her own identity as a woman in a male-centric profession. Very few games either in the US or Japan explore these types of themes, and it helped cement Persona 4 as a success.

At this moment Atlus is working on Persona 5, which is due some time in 2016.

And that’s how the Shin Megami Tensei series has managed to continue to evolve and grow over the last two decades. The developers have free reign to experiment with new designs and mechanics by simply creating a new side story. The ones that work or prove to be a success can be continued, while the others can quietly disappear.

While the main branch may not have as many games in it as Final Fantasy or Dragon Quest, combining all the games together gives you one very rich franchise for fans to enjoy.

Josh Bycer is a Game Industry Analyst with more than seven years of experience writing and talking about game design and the industry. You can find his posts and weekly podcasts on Game-Wisdom along with his Patreon campaign to secure monthly funding. For daily videos on a variety of games, you can check out his new YouTube Channel.