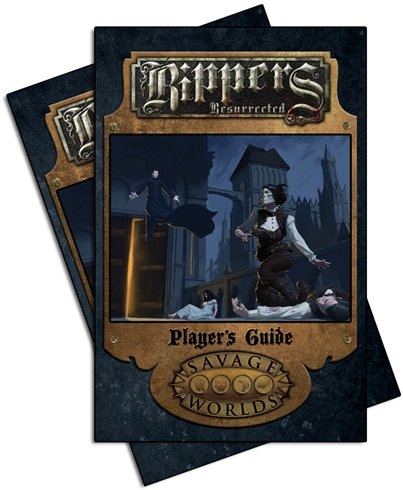 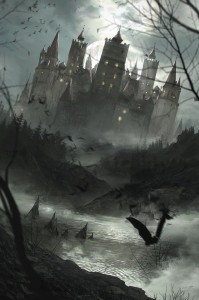 I’ve been waiting for this Kickstarter for years. You see, more than a decade ago, when Savage Worlds was newly launched, one of their very first expansions was a setting called Rippers, where brave heroes in Victorian times fought those things-man-was-not-meant-to-know. Those especially daring, or foolish, could harvest the organs or powers of the creatures of the night in the fight against them. These were the Rippers.

It’s only been available as a PDF or (very) expensive used book. I picked it up as a PDF and loved it, both for the setting and included adventures, and for the system. And I’ve been waiting for the an update, rumors of which have been swirling for ages.

I’ve become quite the fan of Savage Worlds because it really is, as advertised, Fast, Furious, and Fun. Savage Worlds places a premium on being streamlined and cinematic so that players and GM can worry about the story and not about the rules.

But a good ruleset isn’t the only thing I enjoy about Savage Worlds — I’m thrilled about their presentation, starting with the atmospheric art and continuing on through great organization and layout and crowned with the excellent campaign and adventure construction. Most of their books are simply great fun to read, let alone play! In the case of Rippers Resurrected the rules have been updated and an entirely new set of adventures devised. It’s a sequel of sorts for those who bought the first books, or a gateway for those who want to play the old adventures with a better organized and more finely tuned system.

There’s a little less than a week left in the Kickstarter. Rippers Resurrected has already made funding and moved on through  whole set of great stretch goals that provide even more setting information and adventures. Just this morning it hit an upper stretch goal that delivers free PDFs of the original game and its adventure supplements to all those who join in, and a higher stretch goal will see Savage Worlds adding even more adventures (Savage Tales) and setting info and compiling it into a third book (the Kickstarter is set up for two, plus other add-ons — dice, game screen, and the like). You can find out more about the Kickstarter here.

Niche though it is, there’s definitely some real estate to stake here. I’m surprised with the popularity of steampunk and shows like Penny Dreadful that there isn’t a solid 19th-century RPG, horror or otherwise, out there. WOTC long ago cast Ravenloft and Masque of the Red Death into the black pit, and I believe even Chill 3rd edition is set in the modern day. The only existent game I can think of is Cthulhu by Gaslight.

Savage Worlds is such a fantastic system, and this is a nice place to play it. I’ve also been dreaming of doing Savage Middle-Earth because I think it lends itself so well to the movie version of that world. I mean, aren’t all the Fellowship perfect Wild Cards? 🙂