NOTE:  The following article was first published on January 17, 2010. Thank you to John O’Neill for agreeing to reprint these first 20 articles, so they are archived at Black Gate which has been my home for over 5 years and 250 articles now. Thank you to Deuce Richardson without whom I never would have found my way. Minor editorial changes have been made in some cases to the original text. 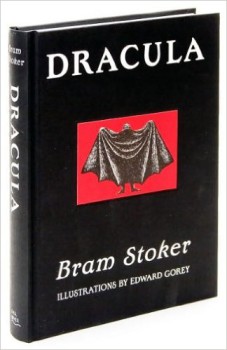 Dracula by Bram Stoker is the subject of my very first article as a blogger. I follow several book review blogs, but had mixed feelings about starting my own. Blogs serve no useful purpose save providing a few minutes of distraction from the mundane. As a result, they are fairly inconsequential in the Grand Scheme of Life, but infinitely more useful than a politician.

Dracula is slowly gaining acceptance in literary circles as more than just a genre classic and deservedly so. Of course, mass acceptance for a novel that has never been out of print in its 118 years on the planet means that there are literally hundreds of public domain copies to choose from for the unwary consumer. The focus of this review is on Dracula: The Definitive Edition available from Fall River Press. This edition is recommended not only for Edward Gorey’s fine illustrations and Marvin Kaye’s impressive essays and notes on the text, but it is also affordably priced.

This gets my nod over the many annotated editions out there for the simple fact that Mr. Kaye gives the modern reader all they need to know to enjoy the novel in the context it was written without getting bogged down endlessly in railway timetables and notes on Transylvanian culture, cuisine, superstition, or topography. Nor does he become sidetracked in speculation on Stoker’s marriage, sex life, or physical and mental health. Mr. Kaye provides the salient biographical details and expounds on details that are relevant to better appreciating the text and nothing more. His essays are a model of efficiency and stand on the strength of their factual accuracy above the more verbose and salacious theories one comes to expect with literary classics. 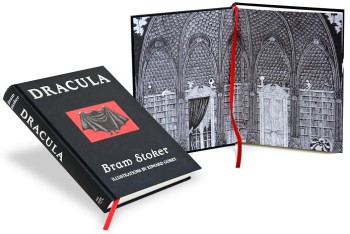 This Definitive Edition is also commended for including the text of “Dracula’s Guest” as a Prologue. This posthumously published story has recently become the focus of much debate as to whether it is worthy of being considered authoritative due to minor quibbles with its continuity to the novel. Of course, there are also many Stoker fans who will argue when the novel is actually set because of similar inconsistencies. It provides no small amusement that people will argue over these points while reading a book about a vampire in Nineteenth Century London. Nevertheless, the inclusion of the story and in it’s proper place before the novel sets this edition apart from nearly every other version that pairs the two together.

[Honorable mention must be made for the highly collectible versions with Greg Hildebrandt’s stunningly realistic color illustrations. But for the absence of “Dracula’s Guest,” the Hilldebrandt editons would doubtless stand as the finest ever printed.] 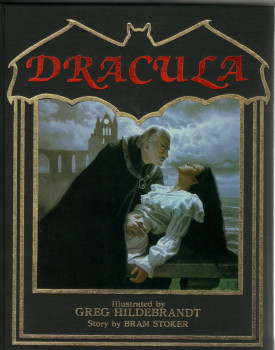 The story itself is one that is familiar thanks to the countless inferior adaptations and parodies that reproduce at an alarming rate each year. That said, it is a novel I revisit regularly and one that (unique among Stoker’s work) never loses its power to chill or entertain. Much of the informed opinion of literary critics of the past four decades has been centered on the novel as a story of Victorian repression. This interpretation and any other post-Freudian view will always have its proponents, but for me, the novel’s greatest strength lies with the power and conviction with which Stoker weaves a tale of modern, rational man confronted with the seemingly-inexplicable supernatural.

The conflict resulting from the Old World crossing into the New and the inevitable need for the English protagonists to embrace the Old World’s traditions and superstitions to combat a dangerous unknown threat that modern science fails to recognize is what makes the story timeless. Sadly, adaptations and critical assessments too often fail to highlight this and we are left with a classic that remains criminally underappreciated not only because it is Gothic horror, but because it’s moral 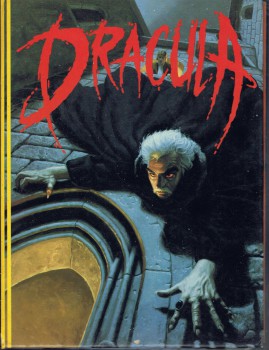 is one that runs against the ever-hastening pace of progress.

From the viewpoint of the 21st Century, Stoker’s Dracula (like Shelley’s Frankenstein before it) is a novel that succeeded in saturating and influencing popular culture since it’s publication and yet inexplicably failed to have it’s cautionary message appreciated. An ironic fate for a novel that presents immortality as a curse.