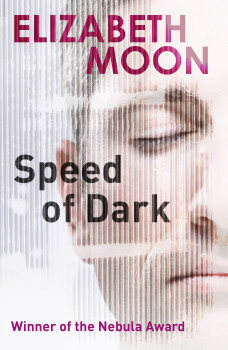 While wandering the aisles of Powell’s Books in Portland, Oregon – the kind of store that first leaves my jaw on the floor, then leaves my irises doing swirls straight out of an animated Warner Brothers short – I found myself in the Fantasy & Sci-Fi aisle.

Can’t imagine how that happened. Especially when my shopping list could also have led me to Photography, Sports (Tennis), Literature, Horror (Anthologies), and “Unisex Apparel.” Suffice it to say that I wound up face to face with my old buddy, Elizabeth Moon. Plenty of space opera on those shelves, sure, but also the various editions of the trilogy that made her name, her Deed Of Paksennarion series, together with the two less popular follow-ups, Surrender None and Liar’s Oath.

Then came the surprises. Turns out, Ms. Moon has resurrected Paks’s world, and some few of the characters from the various Paksennarion books in Oath Of Fealty, Kings Of the North, etc.

I was sorely tempted. I was. But in the end, I decided to let my fond memories remain exactly that: fond memories. As books with second-world settings go, and especially of the sword-swinging variety, I rate the Paksennarion trilogy very highly indeed, and as for Surrender None, well, I flat out love it.

The risk of spoiling all those warm recollections was just too great.

Even so, I would have picked up one of those newer titles – risk be damned, you only live once – but then I chanced upon a Moon title that didn’t seem to fit with her other work. The cover was different, for one thing. Not illustrative. Conceptual. No high fantasy or space opera here. No, indeed. But it had to be speculative fiction of some sort, since this unlikely loner of a book, The Speed Of Dark, had won the 2004 Nebula Award.

So in the end, it was The Speed Of Dark that made the final cut (along with Octavia Butler, J. Robert Lennon, and Banksy’s Wall and 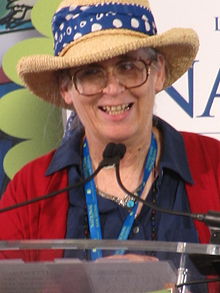 Piece), and I cracked the covers that very evening, on an otherwise soporific plane ride south to Santa Barbara, where Black Gate maintains a minor, backwater outpost.

Turns out, The Speed Of Dark is a near-future story centered on Lou Arrendale, a thirty-something man with autism. In many ways, he’s leading a very successful life, but when offered the chance at brain-altering therapy that could, would, or at least should make him “normal,” he must confront every possible question of identity. Should he make such a change, and is it even safe? If so, for whom would he take such a radical plunge? For his own sake? For others? And would he still be himself, Lou Arrendale, when and if he recovers?

The book’s jacket is downright crowded with plaudits from The Washington Post Book World, The Denver Post, The Seattle Times, and even Mary Doria Russell (The Sparrow), with even more praise to follow in the opening pages. Yes, I, too, would recommend the read. Lou is a wonderful character, deeply drawn, fully realized; his voice is pitch-perfect. Unfortunately, at least to my mind, the book takes infrequent side-trips into the perspectives of other characters, the various “normals” whom Lou befriends or encounters. It’s a testament to how well Moon handled Lou that I wanted no interruptions from his point of view.

Another aspect of the book remains puzzling to me, and that’s the character of Lou’s new boss, Crenshaw, who has no redeeming qualities whatsoever. He’s greedy, incurious, profit-driven, incapable of empathy, Type-A, unsubtle, morally repugnant, and (though Moon never says so) probably fails at basic hygiene. 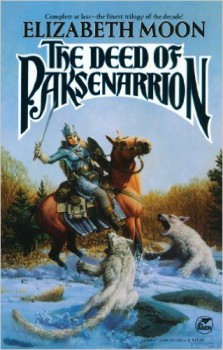 And that’s by far the biggest surprise in this otherwise classy book, since evil hardly ever rears its head in “literary” fiction. The presence of evil is, however, an ongoing staple of genre fiction. Its admission into ninety percent of what we call sword & sorcery goes entirely unquestioned. But Lit Fic (with exceptions, of course) charts a sea of moral gray, and in nearly all respects, Moon’s Dark cleaves more closely to the tropes of literary work than it does to genre. Thus in the case of Crenshaw, it’s as if wicked Liart, from the Paksworld books, has drifted in, unasked, unannounced, and unwanted, to Lou’s otherwise nuanced and “real world” existence.

Read the book. It’s a good book, and practical, too. It even helped me through an encounter with an autistic sales clerk at CVS just the other day. No kidding. I employed Lou’s rules about what he hopes “normals” will do in his presence (even though they nearly always disappoint): say what you mean; cut the extraneous chatter; don’t rely on euphemisms and untranslatable metaphors. I could go on.

For that moment alone, The Speed Of Dark was well worth the read.

Meanwhile, a quick addendum. My latest play, The Shout, debuts this week at the Indy Fringe Festival. If you’re in striking distance of Indianapolis, come check it out. The Shout: a one-act contemporary comedy with teeth. Rehearsals have been downright exciting (our stage manager laughs through the first forty minutes, cries through the final ten) and I’m feeling very ready to share this show with the world. Besides, Gird liked it; so did Liart. What more can you want? For details, click on the festival link, above.

I had exactly the same problem with SPEED OF DARK … the excessive “evull” of Crenshaw. Other than his character, I liked the book a lot.

This is an ongoing issue with Moon — she tells great stories, her heroes and heroines are fairly complex … but her villains! Too over the top.

I wonder if the Crenshaw character exists in such a fashion as to help the reader question just who is it that needs brain-altering therapy. We quickly default to “normal” as being the preferred state, without considering that “normal” includes a range of poor as well as superior behaviors. Much the way that Oliver Sacks undermines the idea of bringing a person to “normal” would necessarily be a cure when sometimes the quality of their lives depends upon an “abnormal” condition that we would call a disability.

And best wishes, Mr. Rigney, on your piece in the Indy Fringe Festival!

Rich – I see we were very much on the same page!

Eugene – I’m sure that was the purpose…but because the rest of the book does that job so much better, and with so much nuance, Crenshaw sticks out all the more as a caricature rather than a character.

Thanks for the best wishes! The show went well…audiences pleased.

[…] the Nebula Award in 1999. Like a good many other Nebula winners (such as The Speed Of Dark, which I wrote about here recently), this is not hard science. If you’re looking for the nuts and bolts engineering or […]