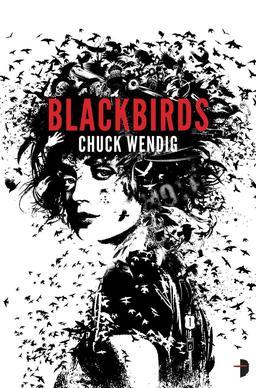 Chuck Wendig, author of Star Wars: Aftermath, Blackbirds, and The Blue Blazes, has written an open letter to a fan who complained because one of his characters was gay:

Earlier today I got a bit of hate mail — though I guess hate mail is strong, as the writer of said email was not like, threatening to murder me with a brick or anything — from what appears to be a male, adult reader of my young adult series. In particular, he read the third book in the series, which came out last week: The Harvest.

I won’t reprint the email here, but he said, and I quote, “I didn’t like that you had a main gay character reviling [sic] in a homosexual sexual relationship.” (Reveling, I guess he means?) He feels I “corrupted” the book with the presence of “gay male relationships.” He then added that he feels I was jumping on some kind of “bandwagon,” which I assume (he did not clarify) means that I was doing this to fill some kind of diversity bingo card. Finally, he concluded that it “didn’t matter” or “effect [sic] the story” that the character was gay so why include it at all?

Here is my response that I won’t actually bother sending to him, but maybe he’ll read it here.

Kelly Swails reviewed Blackbirds for us (“Chuck Wendig’s Blackbirds is Punch-You-in-the-Face Good“), and James McGlothlin looked at The Blues Blazes (“Goblins, Demons, Zombies and Fights Aplenty: A Review of The Blue Blazes.”)