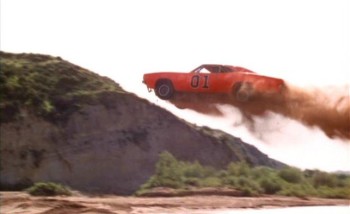 But I had a lot of really good experiences with TV before I turned 15. The choices were pretty limited, but the more I talk to my 10 year old, the more I realize there were oases of TV magic in my youth.

Battlestar Galactica in 1978. Buck Rogers in 1980. M.A.S.H. for my entire youth. Knight Rider. Starblazers. Battle of the Planets. Most Saturday morning cartoons. Manimal… hahaha. Just kidding. That was cancelled for good reason.

Wanting my son to have some magic oases too, I found myself unqualified to offer him anything other than what I had when I was young. And recently I was musing about our Friday nights, and what I might have been doing 30 years earlier, and I realized that for a good five years, I’d watched The Dukes of Hazzard every Friday at my grandmother’s house. I decided to try to relive some of my childhood while offering something new to my son’s. 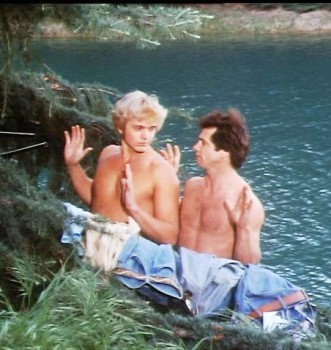 I found an episode, and told him about it. He was skeptical. How can a show be just about car chases? was the subtext of his hesitation.

I played the show’s intro, and as soon as he saw the General Lee leaping the dirt pile and driving off, he was already squealing. “Oh my God! Did you see the tires bend when it landed?” he said, beside himself with excitement.

So, we started with season one and have been working our way up. My son loves the bows and arrows, the car chases, the car jumps, and when things explode. Interestingly, he also seems to love being smarter than Roscoe and Boss Hogg.

At no other show does he consistently shake his head at the utter stupidity of the villains. Heart-warmingly, his reaction to Rosco and Boss, and even the words he uses to comment on them, are strikingly similar to the ones my late immigrant grandmother used. 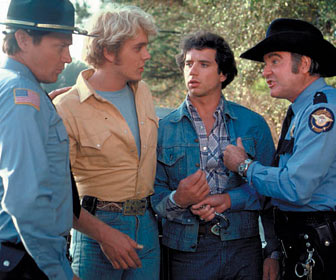 Thirty years on, as a science fiction and fantasy writer, I’m watching the show with a different eye of course. Much of the physics is wrong. Cars wouldn’t jump or land that way, and even if they did, the amount of damage a human driver (without seat-belt) would take is probably lethal.

But it’s not just the flying cars, the effortless marksmanship, and lack of injuries and the convenient take-off and landing areas scattered throughout the mythical country of Hazzard. There’s a very pulpy sensibility to the characters, the conflicts, the situations and the sheer number of coincidences in the storytelling that would have made Edgar Rice Burroughs proud. 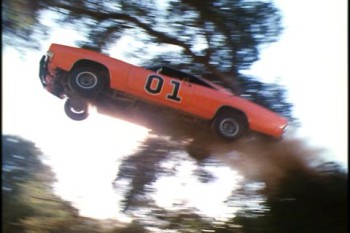 The Dukes of Hazzard of course also side-steps questions of race in the US in the late 1970s, but there is an appeal in the somewhat baldly-done mythic structure to Hazzard. Robin Hood isn’t just a quick reference in the opening theme. Bo and Luke jointly play the Robin Hood character in a high-octane Nottingham, with Boss Hogg as the Black Prince, Rosco as the Sheriff of Nottingham, Daisy as Maid Marian, Uncle Jesse as Friar Tuck, and Cooter as Little John.

So, while reliving some old nostalgic memories, and ignoring many things that I now know and care about as a grown-up, I am making new memories with my son on rainy days, some of which involve car chases, dumb sheriffs, car crashes and explosions.

Derek Künsken writes science fiction, fantasy and horror in Gatineau, Québec, and tweets from @derekkunsken. His 2014 Asimov’s story “Schools of Clay” is in book stores now in Rich Horton’s Year’s Best Science Fiction and Fantasy as well as in audio at the excellent Starship Sofa.

I too grew up watching this inane show, and loving it!

I know Dukes has recently taken some hits with its apparent glorification of Southern culture by brandishing the confederate flag on top of the orange Dodge Charger; but I remember the show trying to overcome these issues from time to time in certain episodes.

One that sticks out is from the short-lived spinoff of Enos, the Hazzard deputy who ended up getting a job in the LAPD.

Enos was partnered with a black officer in LA. At one point the partner comments, “How did the North win with guys like you in the South?” To which Enos replied, “I don’t know; but I’m glad the South lost or I probably wouldn’t have you as a partner.”

Not perfect by a long shot, but I have good memories of the show trying to overcome the negative overtones of the region and its history.

Interesting enough that this – and many tv shows, especially the 70s/80s were so simple and formulaic how in the WORLD did the public swallow that while to scifi/fantasy there’s a much higher bar for “Suspension of disbelief”. Only so many guards at one time can Kronag the Worrior slay before he’s surely to be overwhelmed and if that Dragon comes in and burns half the guards and he rides off on it better be a reason in the story… But strangely the sheriff ALWAYS is too stupid to chase them properly, a bad aim, leaves his keys within reach of the cell – and he’s not FIRED…

I watched it rabidly as a kid but am scared to watch it today. Most of the stuff I liked, such as Superfriends, well as an adult even with one with a high love for sci-fi/fantasy really can’t watch it. Love Justice League animated tho- I mean it’s so stupid I can’t believe that I, who could read before he walked, liked that… Got some comfort seeing Stewie from Family guy hypnotized by Teletubbies…

“Dad? Didn’t da Fuzz watch the Dukes when Boss Hawg sat on that Truth Serum needle?” – that was when a local issue of a brutal murderer getting set free really set the town ablaze. He was “Innocent as Sin” by technicality coz Da Fuzz waited a few weeks with him not being let to get a lawyer while they negotiated with a dozen hospitals to get “Truth Serum” – “Just get the B-stard DRUNK!!!” the local ones said, “Far less likely he’ll O.D. and far more likely we can save him by pumping his stomach if he does…”

Now it’s totally S-St-steeeeyuuupid they are pulling it off the air for now due to the flag thing on the car. Like the ONLY time anything with actual history was mentioned was “That was the first time two Duke brothers fought each other since the civil war.” And that was it, just dumb hijinks and stupid sheriffs, a supermodel pretending to be a pretty country girl to jump start kids puberty, etc.