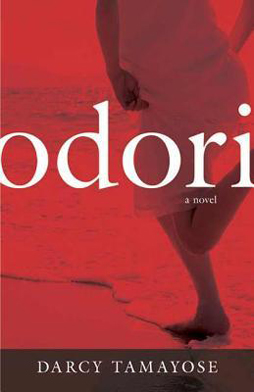 Darcy Tamayose’s novel Odori was published in 2007, and in 2008 won the Canada Council of the Arts’ Canada-Japan Literary Award for an English-language book. Lush yet understated, Odori uses dreams, ghosts, and the fantastic to frame the story of a woman’s life, told across generations. I think more than most books, it can profitably read in a number of ways; but what for me is most striking is its approach to storytelling and the layering of tales.

In southern Alberta in 1999 a woman named Mai Yoshimoto-Lanier is in a car accident with her husband and children. Caught between life and death, Mai finds herself in another place, a world where her dead great-grandmother, Chiru, tells Mai a series of stories about the land of Chiru’s birth: the Ryukyu Islands, what is now Okinawa and was once a separate kingdom of its own. The stories begin far back in the past, presenting myths and history of the Ryukyus; then move quickly forward to the late 1930s, to tell the story of Mai’s mother Emiko and her twin sister Miyako, an aunt Mai never knew she had. Emiko and Miyako, the daughters of Japanese immigrants to Alberta, return to Chiru and Japan for schooling — but things don’t go as planned, and their stay becomes longer than they expected as the Second World War looms.

Tamayose nicely balances story against story, building the tales of Chiru, Emiko, and Mai as the book goes along. Questions are raised, then answered; and as this is fundamentally an unusual character piece, the result is the depiction of three women’s lives and how they tie together. It is also a story of sea-surrounded Okinawa and landlocked southern Alberta, and how they’re linked by the experience of a family: a story of place and of the distance between places, as it is a story of time and of time outside of times. You can see how character and events are shaped by history — the annexation of the Ryukyus by Japan in the late nineteenth century, the development of an Okinawan community in southern Alberta in the twentieth, the battles of the Second World War. But you also feel how the rhythms of the seasons and the revolving years shape story and experience; and see how those rhythms in fact provide a frame by which the developments of history may be understood. Stories are told, stories are retold, and stories return across time bearing the meaning of the past with them.

Neither Okinawa nor Alberta were pre-industrial societies in the twentieth century — but the parts of them Tamayose describes were defined by the change of seasons more than the routines of the industrial age. There’s actually more of a feeling of the pre-industrial world here than in most secondary-world genre fantasy. You see what the passage of time meant in southern Japan and southern Alberta, and, crucially, how it affected the stories told by the people in those places. How value and meaning emerged from the lives lived in a particular place. How culture was built and preserved. “Time stands still in forgotten places on the earth where the ancient is still held sacred,” we are told, and perhaps that’s the point of connection. Not the seasons alone, but their sacredness; the beauty and the stories that emerge from them.

Here’s the first paragraph of the book:

It was easy to get lost in the predictable beauty of the southern Alberta prairies. One might wonder where beauty could be found on such an arid expanse — but that is the beauty of the prairies. The beauty is in nothing and in nothing is the beauty. In this comforting geography, Mai found the artistry of composition: smooth river rocks glistened wet, exposing centuries of sediment; stalks of pruned wheat steeped in the sun; elegant bared elm branches crystalized in winter’s hoarfrost. She saw the colours beyond the hairline crack, so fine and delicate across the windshield, beyond the fescue coulee ditches, beyond the mustard fields, beyond the foothills.

The sense of the land is strong in that passage, but note that so too is the sense of beauty and of art — “the artistry of composition” formed by nature. Tamayose is a visual artist, and this is an artist’s book, filled with lush descriptions and worked surfaces. Her characters are artists as well: Mai is a maker of pictures, Chiru a teller of tales. And Mai’s mother and aunt are dancers of traditional dances, odori (and, in fact, ‘mai’ is also the name of a kind of Japanese dance). These things interrelate: we are told that the dance relates to the land, that the dance is a prayer. And, of course, the whole of the novel is itself a story as well as a dream. What could have been structurally alienating, with stories following stories and dreamers dreaming inside dreams, instead works with the fantastic aspects of the book to allow the novel to exist as a coherent whole. 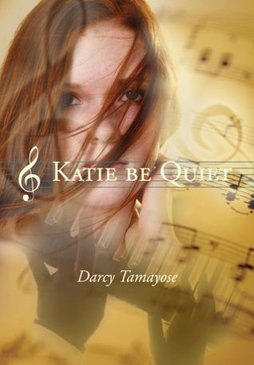 The fantastic here acts as a kind of frame, establishing a venue for the main story of the novel — or more properly for the stories, plural, which together make a single tale. The fantasy, the visionary, adds weight to moments, to incidents, establishing their significance in ways that would be difficult in straight mimetic fiction. And there are frames within frames: the first story Chiru tells Mai is a kind of creation myth establishing how the gods first populated the Ryukyus, the second a historical fable of the golden age of the Kingdom of Ryukyu, and between them they establish images and symbols while further preparing the ground for the story of Mai’s family.

The myths of the Ryukyus give heft to more contemporary events. The sense of a place with a mythic background resonates with some of the more magical-realist moments of the twentieth-century story. And it helps integrate us into the perspective of the Okinawans: by the time American bombers and invading American soldiers enter the story, as we know they must, there’s a sense of them as sinister and foreign in a way I rarely see in Anglophone writing. And yet there’s also lively irony, for while the Americans appear under the sign of the star, Mai’s aunt Stella Miyako was named for southern islands “where the Southern Cross gave birth to star babies.” And the novel subtly but effectively presents the islanders’ sense of themselves as distinct from Japan proper, caught between two powers.

Naturally the myths and traditions of the Ryukyus shape the story and shape the patterns of Mai’s family history. But I also found that the basic structure of Odori fits nicely into a traditional story-shape of English Canadian writing, a kind of Canadian myth: immigrants who come to the new country, and set about breaking the land or otherwise struggle with wilderness or nature. In the twentieth Frederick Philip Grove wrote stories following that pattern set in the prairies (and self-created his own autobiographical myth in the processs); you can find the same thing in Susanna Moodie in the nineteenth. The immigrants of Odori reach Canada by travelling east from Asia rather than west from Europe, which in and of itself isn’t a tremendous difference. More significant is that Mai’s family don’t struggle against a hostile nature, as is common in Canadian writing — there really isn’t any sign of the usual garrison mentality that I can see. Instead the imagery describes the various generations working with nature to develop the farm, and finding inspiration for their various arts in the colours and feel that nature presents them. There’s something almost calming, a sense of unity rather than of hopeless conflict. Bad things happen, of course, and lives are devastated, but people move on. 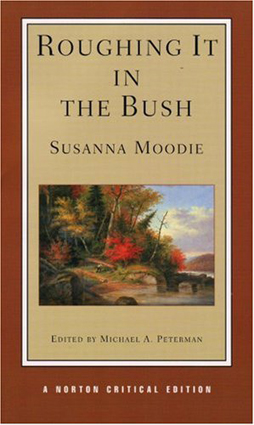 Ultimately Odori manages the trick of weaving together the stories of four generations and two cultures into a single relatively short book. I think it does this because it’s about storytelling and about the storyteller. By the end it’s clear this is Chiru’s story perhaps more than anyone’s; although mostly a minor character in the stories she tells, as the teller she’s always present. We end up reflecting on what she’s said about the other people in the story, about her husband and her son and her grand-daughters and the great-granddaughter listening to her. Nominally Chiru’s a ghost, a dream Mai has. But she’s also the fulcrum of the book. The tale and the teller are one, the teller existing to tell her tale, to connect with her audience both as artist and as family member. Like so much else in the book, it’s quietly artful and structurally profound without calling attention to itself. Odori’s always aware of the ramifications of story, of how story connects to story over time in a straight line as well as how motifs recur — a fall, deaths at a bridge, stars and sun and dance — in a spiral or circle. It’s a remarkable book, stylistically powerful and highly worked, but it is this wisdom about the effect of story itself that is most powerful.

Does the festival of Bon feature in the book? I don’t know if it’s even part of the festival calendar in the Ryukyus, but in Japan proper, it’s the day of the dead. And one of the main things one does to communicate with the dead is dance the Bon Odori.

My understanding of Japanese culture remains frozen in the 1970s, at the cognitive level of a 10-year-old, because that’s when my family moved from Sagamihara back to the States. I remember learning the easiest of the traditional Bon Odori dances in the school on our Army base and going to the celebrations in the town. Seeing hundreds of people dance in unison for their ancestors under the fireworks certainly left an impression on me.

In any case, I love a good ghost story. Thank you for calling this one to my attention.

Glad to be of help! I will say it’s not really structured like a ghost story, in that the ghostliness is a kind of sub-theme. Though it’d be interesting to read it as a ghost story, and foreground that bit of subtext.

As far as the Bon festival, I didn’t remember anything about it, and looking through the book I didn’t see a mention. Google Books couldn’t find ‘Bon’ anywhere in the text. There are mentions of Emiko dancing at festivals, but not that one, or not that I could find.