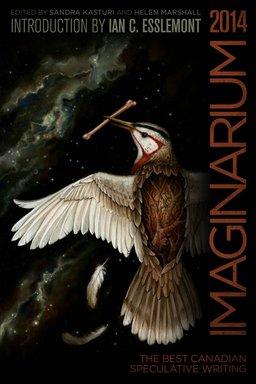 Last week I wrote a brief Future Treasures piece on the upcoming crop of Year’s Best anthologies, Get Ready For 11 Best-of-the-Year Volumes, scheduled to be released in the next six months. I covered the big books in the pipeline, including ones from Rich Horton, Paula Guran, Jonathan Strahan, Gardner Dozois, John Joseph Adams, and others.

As comprehensive as that list was, since it went live I’ve been contacted by several folks in the know who’ve pointed out that I missed a number of volumes. Without further ado, here are six additional Best of the Year volumes scheduled to be released this year.

This brings the total to 17… and it still doesn’t include several announced titles, such as the new Night Shade series edited by Neil Clarke, The Best Science Fiction of the Year (first volume to be released in 2016), and Steve Haynes’ Best British Fantasy (no word on a 2015 volume.) If you’re a fan of short genre fiction, the next six months will be very good to you indeed.

There’s a new Best YA volume! Hallelujah! All teachers of the young, rejoice! As much as I love the old Jane Yolen/Patrick Nielsen Hayden book I blogged about back in the day, I’ve been hoping someone would bring me up to date on YA short fiction I might use for teaching.

(Oh, and I fixed a one-keystroke typo in your post. Hope that’s cool.)

> (Oh, and I fixed a one-keystroke typo in your post. Hope that’s cool.)

It reminds me of that scene in Aliens, where Ripley cleans a spot on Newt’s face. “Oh-oh… you’ve made a clean spot. Now you have to clean the whole thing.” 🙂

I guess I can pretty much stop buying all the sci-fi/fantasy magazines I subscribe to, since there are now so many anthologies every story has to be printed at least twice. 😉

And those are just the FANTASY magazines.

Do you have any sense of whether the market is sustaining all of these? (One could make a joke here like “Year’s best Scandinavian Zombie War Stories,” etc.) Is this a growing trend? Or have these various “best ofs” be around for awhile?

I’m a big fan of short stories and anthologies. I hope that these are all signs of strong growth of the short story market.

That’s a great question. I admit I’m a little taken aback with the quantity this year as well. It doesn’t seem the market can sustain them all.

But the majority of them are part of long-running series (by long running, I mean at least three volumes). Also, I assume the specialized volumes, like Year’s Best Australian Fantasy and Horror, have a small print run and a modest budget, so they’re able to survive with a small but steady audience.

But it’s all guesswork. I’ll know more when we do this again next year!

I’m especially hoping that The Year’s Best Weird Fiction will continue along with Strahan’s fantasy best-of at Solaris.

I was very glad to see them announce a second “Weird” volume — I’m delighted to see that series continue. And Strahan’s volume is one of my favorites (right after Rich Horton’s annual volume).

I will say the sales of Wilde Stories is small. Heiresses of Russ sells three times that…and remains small. But I remain committed to queer spec fic.