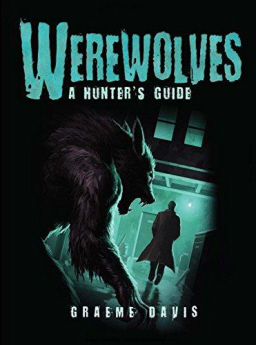 Graeme Davis is the co-author of the classic Warhammer Fantasy Roleplay game, and he’s written adventures and supplements for most of the major RPG lines, including AD&D, Pathfinder, GURPS, Freeport, Vampire: The Masquerade, Colonial Gothic, and many others. He’s no stranger to Osprey’s Myths and Legends line either, with both Thor: The Viking God of Thunder and Theseus and the Minotaur to his credit.

His latest book for Osprey, Werewolves: A Hunter’s Guide, reveals the shocking role that werewolves have played in some of history’s most significant events.

Fear the full moon; for on that day of lunacy the terrible wrath of the werewolves is unleashed. For thousands of years, from ancient Greek chronicles to modern news reports, from the depths of the darkest forests to dimly lit city streets, these dread beasts have stalked us in the realms of shadow and nightmare. Now, they are awakening. This book is the only thing standing between humanity and an overwhelming horde of snarling, ferocious lycanthropes. It reveals the secret societies devoted to studying their condition, providing information on where werewolves live, and what they do to survive. It illustrates the startling variety of werewolf subspecies, as diverse as humanity itself, collecting reports of skinwalkers, hengeyokai, and other shapeshifters from across the world.

Werewolves offers the dearly bought information from those that have hunted them down through the centuries – the best techniques to find and slay these creatures of the night.