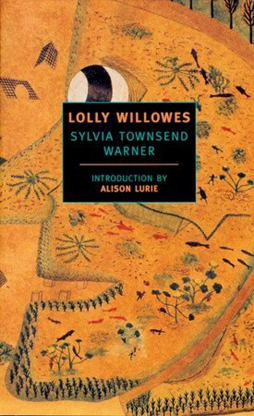 Sylvia Townsend Warner is probably best known in fantasy circles for The Kingdoms of Elfin, her collection of linked short stories from 1977. I’ve been looking for a copy of that book, but have yet to locate one (using the Internet, I firmly feel, is cheating). But I did recently come across her debut novel, 1926’s Lolly Willowes, or the Loving Huntsman. It’s been described as a deal-with-the-devil story in which a middle-aged Englishwoman makes a Satanic pact and becomes a witch. That’s accurate, but not necessarily the best description.

It’s a story about an upper-class woman in 1920s England, Laura Willowes, and in wry third-person narration describes the outward details of her life and her search for imaginative freedom. Laura, or ‘Lolly’ to her family, is a vivid character who grows more fascinating as the book goes along. The first third of the book tells us about her childhood and family and how she lived with her father until he died and then moved in with her older brother to help him and his wife look after their children; the second part follows her in her late 40s, when she (seemingly) abruptly chooses to leave her brother’s London home to live on her own in a small town in South East England; the third sees her newfound independence threatened when her loving nephew comes to live in the same small town. At which time she turns to Satan — or thinks she does.

Is it a fantasy? Well, it’s a lovely book, filled not only with a dry and reserved wit, but also fine descriptions of nature and of dreams. It’s a gentle but devastating satire of gender roles, as well as a statement about love and freedom. It’s a leisurely-paced character study in elegant language. And then there’s also some stuff in it about witches and Satan. It’s possible to read it as a realistic novel in which the supernatural is hallucinated, but perhaps easier to read as a fantasy. Still, to say it’s a book ‘about’ witchcraft or Satan is untrue. The fantastic elements come in late and grow out of the mimetic elements. The book is ‘about’ Laura Willowes. Fantasy’s just a part of who she is. 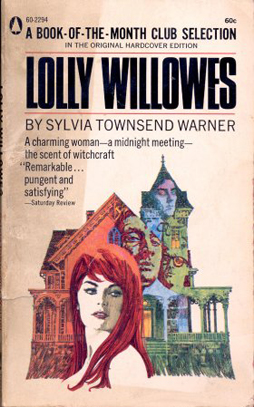 After reading the novel, I went online to learn a bit about Warner, and found the informative homepage of the Sylvia Townsend Warner Society. Born in England in 1893, Warner wrote several novels, books of verse, and a well-regarded biography of T. H. White. A member of the Communist Party in the 1930s, from 1930 onward she had a decades-long love affair with poet Valentine Ackland, until Ackland’s death in 1969. Warner herself died in 1978.

Two things about her biography interested me. Firstly, while reading Lolly Willowes I found myself comparing the book to other fantasies of the 1920s, trying to articulate what it reminded me of — not Woolf, or Chesterton, still less Eddison or Dion Fortune. I finally decided it recalled Theodore Francis Powys’ Mr. Weston’s Good Wine, an excellent 1927 novel about spiritual goings-on in an English village. There’s a similar mix of small-town life, natural imagery, and the religious supernatural made concrete by the way it’s fused with everyday life and nature. And in fact through the Warner Society’s website I learned that Warner had become friends with T.F. Powys in 1922, and met Ackland through him. 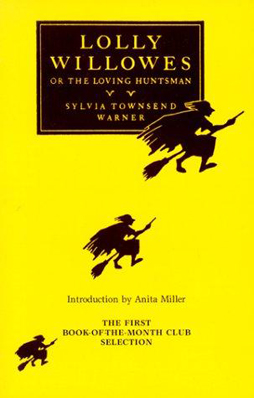 The second thing that interested me was that Lolly Willowes was published in 1926 (the year before Mr. Weston’s Good Wine), when Warner was only 33. I mention this because Laura Willowes’ life is described in great detail, with all the verisimilitude of a good social-realist novel. Part of that detail, part of what makes her attempt to find an imaginative freedom for herself so touching, is the fact that she’s in her late 40s. Not only is she shaped by the societal expectations of the age into which she was born, she seems to me to be convincing as an older woman. Warner’s written convincingly, deeply, and at length about someone older than herself and of another generation. That seems to me to be a rather more difficult task than is often acknowledged, and is worth mentioning.

Did Warner fear being trapped by the kind of mundane concerns that shackle Laura for the first half of her life? I have no idea. All I can say is that the portrait of an older woman, the crafting of a story around her seeking her own kind of liberation, is very clear and very effective. This is an explicitly feminist book, not only speaking to its time but also I think grappling with concerns still part of the ongoing societal conversation, balancing social conventions and the expectations of women against the call to an imaginative life and internal freedom.

Laura’s troubled, especially in the last third of the book, by the presence around her of people she actually cares about but who nevertheless inhibit her. There’s something deeply relateable about that. The difficulty in life is so often not choosing between good things and bad, but between two different kinds of good. The book articulates the value of freedom and the imagination over and above the obvious good that comes from taking of a social role and spending time with the family; and it does it well. 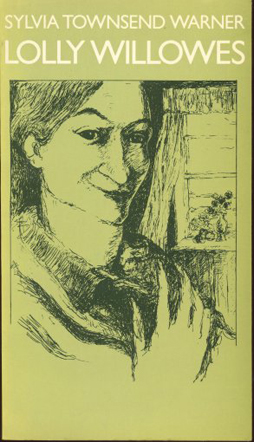 The fantasy elements of the book seem to follow from the importance placed on Laura’s internal life, and the development of her imaginative experiences over the course of time. Still, while it’s perhaps possible to read the presence of Satan and of witches (the witches not wicked, Satan not obviously either Miltonic or Romantic) as delusional, I don’t see how it helps the book. Laura’s first presentiment of Satan manifestng in her life seems like she’s losing touch with reality on a literal level — a cat claws her, drawing blood, and she thinks this has bound her to a pact she was struggling to articulate earlier — but the point, I think, is that she’s not necessarily wrong. She’s imaginatively apprehended the truth within an apparently everyday incident. That’s the power she’s found.

The result is to bring the book’s concern to a new level. A climactic confrontation with Satan lays out the themes of the story clearly — arguably too clearly. Satan is the ‘loving huntsman’ of the sub-title, and the discussion and story are about varieties of love and how love is to be expressed alongside a respect for the individual. Which sounds dry, but is not. Warner’s take on this diabolic lover is understated, but meaningful; it fits the story she’s telling, and brings out some powerful resonances.

In the end, Laura Willowes lights out for the territories without going anywhere. It’s an effective conclusion, leaving just the right things unspecified. Lolly Willowes is incredibly assured and effective; it’s a remarkable book, especially for a first novel. Tremendously well-written, it’s deeply human and affecting, a reminder that the fantastic and the real cannot, in the end, be easily separated.

Kingdoms of Elfin! That’s it! I’ve been trying to remember that title and author for about 25 years. I borrowed a copy of that book when I was still an undergrad, and within a year of returning it, I was longing to read it again, but its title and author had escaped me. Somehow I was certain the author was male, so my search produced a lot of false hits.

Thank you! I’d begun to wonder whether I’d imagined that book, or dreamed it.

Glad to help! I’d love to hear what you think of it, when you read it again.