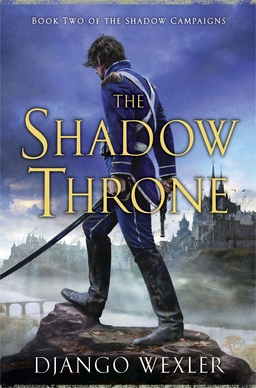 Good morning, campers! And welcome to another marvelous Saturday morning. It’s raining here at the Black Gate rooftop headquarters in downtown Chicago, but that’s okay. The city could certainly use the rain — even if it did mean we had to scramble to put umbrellas over all the desks.

We don’t know the meaning of the word ‘weekend’ here at Black Gate. Our tireless quest to bring you the latest news, reviews, gossip, and innuendo means that the office has been packed all morning (and most of the previous night). Ottawa correspondent Derek Kunsken has assembled a stack of Katherine Kurtz paperbacks (and, curiously, an old issue of Dragon magazine) and is putting the finishing touches on his Saturday afternoon column. Matthew David Surridge is here — but then, that guy is always here. And Connor Gormley is over in the corner, making notes on a bunch of video games. I’m sure we’ll see the fruits of their labor in the next few days.

As for me, I’m just here to pick up some of the mail before driving back home to St. Charles. I have a Dungeons and Dragons game with my kids scheduled after lunch — the same campaign I wrote about last summer. They’re deep in the heart of Gary Gygax’s G1: Steading of the Hill Giant Chief and it looks like the final battle against the mighty giant Chief Nosnra could finally occur today. Don’t wanna be late for that.

But there’s a handful of eye-catching new releases in the mail and I’m tempted to take a few home. The most interesting to me is Django Wexler’s The Shadow Throne, the sequel to The Thousand Names.

Here’s the inside flap copy.

Anyone can plot a coup or fire an assassin’s bullet. But in a world of muskets and magic, it takes considerably more to seize the throne.

The ailing King of the Vordan lies on his deathbed. When he dies, his daughter, Raesinia Orboan, will become the first Queen Regnant in centuries — and a ripe target for the ambitious men who seek to control her. The most dangerous of these is Duke Orlanko, Minister of Information and master of the secret police. Having meticulously silenced his adversaries through intimidation, imprisonment, and execution, Orlanko is the most feared man in the kingdom.

And he knows an arcane secret that puts Raesinia completely at his mercy.

Exposure would mean ruin, but Raesinia is determined to find a way to break herself — and her country — out of Orlanko’s iron grip. She finds unlikely allies in the returning war hero Janus bet Vhalnich, fresh from a brilliant campaign in the colony of Khandar, and his loyal deputies, Captain Marcus d’Ivoire and Lieutenant Winter Ihernglass.

As Marcus and Winter struggle to find their places in the home they never thought they would see again, they help Janus and Raesinia set in motion events that could free Vordan from Orlanko’s influence — at the price of throwing the nation into chaos. But with the people suffering under the Duke’s tyranny, they intend to protect the kingdom with every power they can command, earthly or otherwise.

I don’t usually pay much attention to author blurbs, but this one from S.M. Stirling caught my eye:

If The Thousand Names had echoes of Beau Geste and The White Feather, then The Shadow Throne suggests a mutant fantasy descendant of The Scarlet Pimpernel.

We covered the first novel of The Shadow Campaigns, The Thousand Names, last July.