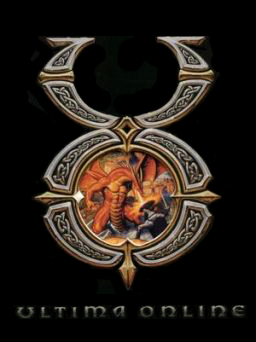 If you’re a gamer, you probably already know about MMOs (or Massive Multiplayer Online games). These video games feature huge worlds where thousands of people can play together at the same time. I’ve been playing MMOs for almost twenty years now and I think they’ve added a new wrinkle to the fantasy universe, an experience unlike anything else.

My history with MMOs began in 1997 with a little game called Ultima Online. I first heard about it in a gaming magazine and was blown away by the concept. I had already been a huge fan of tabletop roleplaying games like Dungeons and Dragons and Warhammer Fantasy Roleplay, so the idea of playing a fantasy-based video game with all my friends was thrilling.

The reality was even better than I imagined. I could create an original new persona (called an avatar) and use that character to enter an open-ended game world filled with monsters, dungeons, cities, magic, and (best of all) lots and lots of real people playing their own avatars all around me.

Sure, I loved exploring the lands of Ultima Online, delving into creepy cave systems, fighting other players in the forests, and doing the usual adventure-type stuff, but two elements of UO really grabbed my attention.

The first was the crafting system. Instead of slaying monsters (and other players) for loot, you could also gather natural resources and use them to create new items, and then sell them to other players. I spent so many hours happily mining pixelated ore and selling it off to blacksmiths. Yes, you heard me correctly. I spent my leisure time in an artificial world performing manual labor. It sounds crazy, but I was in love with the idea of a game economy based on player participation.

But I didn’t spend all my time digging holes in fake mountains, because I’d also discovered guilds. A guild is like a club — a social organization of players who (usually) share the same interests. Much of my enjoyment in UO came from forming and maintaining a guild, and by doing so I met a lot of new friends. We adventured together, saved up funds to buy a “guild hall” (a glorified clubhouse), and generally hung out. 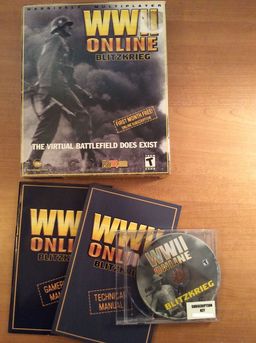 I played UO for about a year and a half before it lost its luster. After that, I discovered World War II Online. This is a first-person shooter MMO set during the time of (obviously) World War II. It pits two armies, the Axis vs. the Allies, against each other on a huge map of Europe. You can fight as an infantryman, a tank driver, an artillery gunner, a fighter pilot, and so on as the battle wages for days and weeks — one continuous war between thousands of players in real-time.

My brother and I both got hooked on WW2O for quite a while, destroying tanks and shooting down enemy planes. This game was also the first time I used a headset and mic to talk to other players while I was playing, which made the entire experience more immersive.

Then along came Star Wars Galaxies.

As many of you already know, I’m a huge Star Wars geek, so the opportunity to play an MMO set in that universe was something I couldn’t pass up. I followed the game while it was still in production, even finding a group of like-minded people also waiting for the release, and we bonded over our love for all things Star Wars.

So when the game finally launched, I was already part of a sizable guild. The game was gorgeous, recreating settings from the movies and beyond. I played a squad leader of the Imperial military (naturally) and logged many hours fighting those dastardly Rebels with my online friends.

I stopped playing right before the dreaded NGE (New Game Enhancements), which changed the game so radically, and never came back. I had enjoyed my time there, but I was frankly burned out on MMOs.

After a couple years, a friend told me about a new MMO set in a fantasy world. I actually wasn’t interested at first, and it was my wife who tried this new game, called World of Warcraft. I wasn’t exactly stunned by the cartoony graphics and clunky-looking mechanics, but watching her have so much fun made me curious. 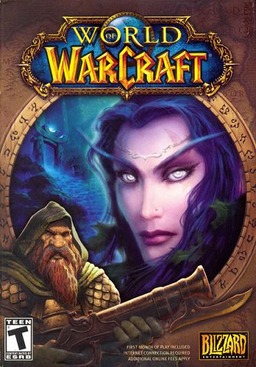 So I created a character on her account and gave it a try. I was addicted within ten minutes. Maybe less. I immediately scoured the local stores for my own copy.

Now gaming on my own was always fun, but gaming with my wife? A million times funner! We started out as Night Elves, she a druid and me a hunter, and together we explored the magical world of Azeroth.

We leveled up, fought our way through dark dungeons, and eventually formed a 40-person group to explore the bigger “raid” dungeons. We played through every game expansion pack and made a lot of great friends, several of which we know and cherish now in real life. And we’re still playing today, ten years later.

Every once in a while we get jaded and stop playing, maybe to try out something new. We’ve dabbled in Aion, Dungeons and Dragons Online, Star Wars: The Old Republic, Guild Wars 2, Elder Scrolls Online, and others, but we always come back to WoW eventually. Heck, we created new characters just a couple weeks ago in anticipation of the next expansion.

I guess you could say I have an MMO addiction. Back in 1997, I never could have guessed it would become such a big part of my life, but I don’t regret it in the least.

Through MMOs, I’ve found some of my best friends and an activity I can enjoy with my wife. Now my son is getting into gaming, too.

And you know what they say: the family that slays dragons together, stays together.

Don’t even get me started about the late, great City of Heroes; my family gets embarassed when I break down in a sobbing, shaking heap…

Just out of sick curiosity, what server were you on in SWG?

Thomas Parker, I know your feels. Dynamo-Man lives on in many incarnations (including my recent PnP effort, Mutants & Marvels). I met my wife through City of Heroes. I spent a lot of months switching back and forth between that and WoW. These days I don’t play any MMO’s (mainly because I can’t afford it), but I still get the itch to load up WoW again on occasion.

Scott, I forget our original server, but we switched to Prophecy of the Five.

Put me down as another person who can tear up over thoughts of City of Heroes. I tried WoW and it never measured up to being an actual superhero. . . .