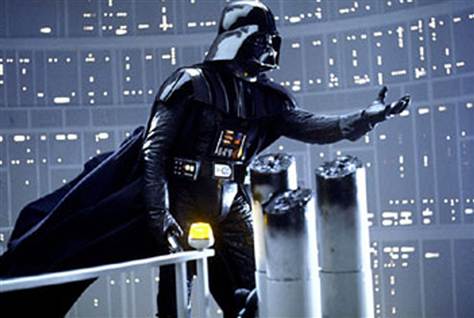 Last month, I did an article about my favorite fantasy heroes. Now it’s time to give the bad guys some love.

And I do love villains. I was the kid in the theater rooting for the Death Star to shoot down those annoying rebel fighters. I cheered when Hannibal Lector escaped captivity. I laughed out loud when the horse died on the ferry boat in The Ring. (Hey, even Death needs a fan club.)

Anyway, as a young boy I would get so frustrated with shows, movies, and books because the villain always lost at the end, no matter how much smarter, tougher, or cooler they were than the “heroes.” And it continues to this day.

Also, villains are a blast to write. There’s something about viewing a story from that perspective—the person who wants what he wants and screw anyone who gets in the way—that is so sublime. And I accept it as a maxim that heroes (and even stories) are defined by their antagonists. Even the most dynamic and driven heroine looks drab when matched against a sub-par foe.

For all these reasons and more, here’s my list of some of my all-time favorite fantasy villains.

(I’ll repeat my insistence that Star Wars is fantasy, tyvm.) Vader just oozes evil with his imposing stature, shiny black armor, rasping breath, and the casual way he disposes of minions that displease him. He’s the ultimate enforcer. Expert pilot, blocks laser bolts with his hand, chokes people with the Force. I honestly get a little misty-eyed at the end of Return. Not because Luke has lost his father, but because the galaxy is a duller place without Vader.

Oh, and we don’t mention those prequel movies. That wasn’t Vader. I’m convinced some Alliance sympathizer got into the Lucas editing room and switched out the real story for that lame propaganda.

Also, Emperor Palpatine and Grand Moff Tarkin both receive honorable mentions because they held Vader’s leash, for a time.

If you’ve been reading my column for a bit, you already know that I love the Elric series by Michael Moorcock. Elric fought a lot of foes, including warriors, beasts, elementals, and even his power-hungry cousin.

But the greatest villain of that landmark series was always the weapon in Elric’s hand. The vampiric blade named Stormbringer. What a devious, wicked sword. Delivering Elric enough strength to survive in a hazardous world, while all the time making the last emperor of Melnibone its slave.

The Black Company by Glen Cook introduces a magnificent gallery of villains in the Ten Who Were Taken (or Taken, for short). These powerful undead sorcerers rampaged across the world with names like The Limper, Stormbringer (there’s that name again), and Moonbiter.

But my favorite was Soulcatcher, who spoke with ever-changing voices and seemed friendly to the principal characters of the company, until she betrayed them and the Lady. Then she comes back from the dead to torment Croaker and the gang all over again.

Another honorable mention to the Lady, who served simultaneously as a romantic interest, an ally, and a villain.

Conan had armies of enemies. Fierce beasts, legions of armed henchmen, and the like. The villain that always stuck out to me wasn’t even that prominent in the original stories. Thoth-Amon was the power-hungry and megalomaniacal high priest of Father Set, yet I could respect him because he was also just as driven as the series’ title character. He’s also intelligent and noble in his own right.

The Witch-King of Angmar

Perhaps he wasn’t as effective in the books (or movies) as he should have been, but I always thought the Witch-King was one bad-@@@ mother. In the pantheon of evil minions, this guy ranks pretty high in my book.

Sure, he gets pwned by a girl, but I chalk that up to Tolkien being unable to deal with the real way The Lord of the Rings should have ended: the Witch-King destroys Minas Tirith, kills Aragorn and Gandalf, and then flies back to Mordor in time to cut off Frodo’s head; he takes the Ring for himself and kicks Sauron out of Barad-dur to begin a new reign darkness that lasts a thousand years. Now that’s an ending.

Myths of the evil goddess Tiamat have been around since ancient times as a representative of primal chaos. More recently, she has been used in the Dragonlance series under the name Takhisis, the mother of evil dragons. In any incarnation, this mythic monster is awesome. I particularly like the five-headed version, each head spewing a different form of death on her victims.

And Her Evilness gets cool points for tearing things up in the 80’s Dungeons & Dragons cartoon.

The crime lord of Sanctuary in the classic Thieves World fantasy series, Jubal was a complex character who made many appearances. A former slave himself, he was a ruthless business man who dealt in flesh and all manner of vices, yet he also possesses a pragmatic nobility. For me, this made him a likeable antagonist. Certainly not a “nice” guy, but you could understand how and why he’d become what he was.

This multi-headed beast of corruption and greed springs from the father, Tywin Lannister. Tywin is cold, calculating, controlling, and hated by just about everyone, including his own children. One gets the impression that his wife didn’t die from childbirth complications as much as she just needed to get away from him. The rest of his family isn’t much better.

Cersei, Tywin’s daughter and wife of King Robert, is just as calculating and power-hungry as her father. She, at least, has people she honestly seems to love, namely her children and her brother/lover Jaime. Cersei is another interesting character in that sometimes you think you see a glimmer of humanity, but then she does something so cruel that you assume it must have been a mirage. She becomes a little more relatable in the later books, when she gets a bit of a comeuppance, but still not a character I’d like to spend time with.

Tyrion (the Imp), Tywin’s youngest son, “cursed” with being a little person in a very cruel world where a man’s worth is often measured by his ability to swing a pointy weapon. Honestly, I loved Tyrion, both in the books and also Peter Dinklage’s awesome performance in the HBO series. He’s got a lot of vices, but the drinking and whoring are rather mundane compared to the other wickedness that his relatives do on a regular basis. Plus, he uses his intelligence to conquer problems, which is a nice change of pace in a might-makes-right universe.

Jaime. Ah, Jaime. He’s such an @@@-hole in the early books, but then something happens. He is captured in battle by Robb Stark. When he gets out, he slowly begins to transform. By the time he gets back to the capital with his guardian/captor Brienne of Tarth, he’s almost *gasp* honorable. Jaime goes from a character I’d like to see die, slowly, to someone I can almost admire. In the latter books, he actually works to redeem himself, and it’s a journey well worth watching.

Joffrey (Lannister) Baratheon. And now we come to the true monster of the series. Cercei and Robert’s eldest son and heir to the Iron Throne. He is probably the most unredeemable in a series of very atrocious characters. Cruel, spiteful, perverted, often stupid. Did I mention cruel? Listen, I had little love of Sansa Stark in the first couple books, but what Joffrey did to her was just beyond the pale. I waited with glee for this mad king to get his just deserts.

As many of you know, I’m a great admirer of Steven Erikson’s Malazan series. These books have so many characters which could be called villains, depending on your point-of-view, but at the head of the table sits this broken, vengeful god who reaches across the many worlds to pull strings. His fingerprints are all over some of the worst atrocities, but he’s not all-powerful. No, just like us feeble mortals, sometimes his plans come back to bite him in the butt.

But we can never afford to forget about this force of evil, even when he disappears for hundreds of pages. I haven’t yet reached the end of this series, but I’m expecting a truly epic finale.

So that’s my list. Obviously, I’ve left off thousands of great villains. There’s just so much wonderful evilness in fantasy.

So what are your favorites?

For me, the baddest of them all is the insidious Dr. Fu Manchu. He is, by orders of magnitude, more intelligent, more ruthless, more organized, and more visionary (to say nothing of more stylish) than any of his opponents. So mucg so, in fact, that there’s simply no way for him to lose, and I am one hundred per cent certain that every time Nayland Smith and Dr. Petrie defeat him, it’s only an apparent defeat, and that Fu has manipulated them into doing precisely what he wants, so as to further his hidden ends.

I also “like” Lord Foul in Donaldson’s first Thomas Covenant trilogy. Covenant’s face-to-face confrontation with Foul at the end of the third book was agreat scene, and I liked that Donaldson let Foul make his case, so to speak, in a way that Tolkien never did with Sauron.

Love it. I wonder if Jorg Ancrath (Prince/King/emperor of Thorns) would qualify, or if he is just a tragic hero?

My list would include The Lady from Glen Cook’s Black Company books. Sci Fi film wise, the original Cylons, saw the movie when I was about 8 and just loved them, so cool and shiny and heartless, the ultimate army to stand at your back:)

I’m more of a fan of The Lady than Soulcatcher, myself. 🙂

Geder Palliako of the Dagger and Coin series certainly is a fascinating villain to me.

I’m thinking a strong case could be made for Zianni Vaatzes from K.J. Parker’s Engineer trilogy …

There were many great villains in Elric.

Kudos to Thomas on FuManchu mention. Now that a Judge kicked the Doyle estate in the … legal briefs … so hard maybe the people claiming any hold on the FuManchu property will feel it. I’m sick of things like Marvel not being able to release in graphic novel its “Hands of Kung Fu” series in all the Shag-a-Delic glory thanks to those people demanding far more money than they’d ever get a profit from.

Thoth Amon only appeared in two REH stories, neither directly meeting. IMO that’s why they used “Thulsa Doom” for the Governator movie, because they’d intended to continue Conan movies for a while and needed a good antagonist for King Conan.

I liked TSR’s “Ravenloft” books on this note, their exploration of fantasy villains. The first and best was Strahd, the original of the series, but then moved on to many more, such as Lord Soth, had a Jeckyl/Hyde tribute, others.

And Vincent Price’s Prince Prospero in the 1964 Roger Corman movie Masque of the Red Death.