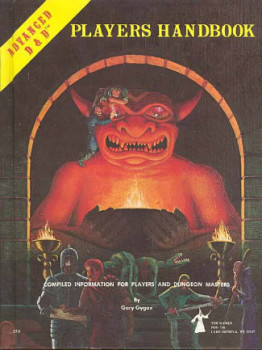 I’ve lived away from the house where I grew up since I went off to college at the age of 17. That was only a couple of years shy of three decades ago (yikes!). Since then, I’ve lived in three different cities, including one in another country. By any reasonable measure, I’ve spent more years living somewhere other than that house than I ever did under its roof. Yet, no matter how long it’s been since I last lived there, no matter how long it’s been since I last visited it, whenever I return, I’m home. Indeed, when I talk about my parents’ house and the city where it’s located, I reflexively use the term “home” for both, this despite the fact that I’ve now lived with my wife as long as I ever lived with my parents.

It’s a strange habit of mind, one I doubt is unique to me and that manifests itself in other ways. Since high school, for example, I’ve studied four different foreign languages. Just last week, I started learning a new one. Even though I attained a reasonable degree of literacy in all of them, I never gained significant verbal fluency, in large part because I never learned to think in another language. I am always thinking in English and mentally translating from it to whatever other language I am attempting to speak. In short, I continue to be an English speaker, even when I am trying to speak French or German.

Though Dungeons & Dragons was my first roleplaying game and a staple of my hobby for more than a decade, by the mid-90s, I’d largely stopped playing it. The reasons for my doing so are several and not very important. Shortly before Wizards of the Coast released its new edition – Third Edition or 3e – I was working as a writer at a games magazine and was given early access to the forthcoming rulebooks as background for an article I was tasked to write. I did not expect to like the new edition, let alone like it enough that I’d come back to D&D after a prolonged absence, but I did. I owe Wizards of the Coast a big debt of thanks for having helped me to fall in love with Dungeons & Dragons again.

Over the next six years or so, I played Third Edition intensely. I got to know the game and its rules very well, so well, in fact, that I started to find them ponderous to the point where they were getting in the way of the kind of tabletop experience I wanted. This led me to start to think seriously about what I liked in RPGs and how I could best get it. Ultimately, that thinking led me back, ironically, to the games I’d played in my youth, including the earliest editions of Dungeons & Dragons.

The interesting thing (to me anyway) is that, when I started looking back at what are now called “old school” roleplaying games, I very quickly became entranced by original Dungeons & Dragons (or OD&D), which is to say the edition that existed between 1974 and 1976. This is the edition that celebrated its 40th anniversary earlier this year. What appealed to me and others about OD&D was that it was the ur-text of the hobby – simple yet so full of lacunae that it cries out for creative engagement. It’s simply impossible to play OD&D “by the rules,” because there’s no agreement on what that means in many cases. Consequently, every OD&D campaign is slightly different, reflecting the referee’s interpretations both beforehand and as a result of interaction with the players. After more than a half-decade of playing Third Edition, where there’s a rule for nearly everything, it was a refreshing – indeed liberating! – change of pace.

When I was a kid, I never played OD&D in any form. My introduction to Dungeons & Dragons, as I never tire of telling people, was the 1977 Basic Set edited by J. Eric Holmes. This Basic Set began as a revision and reorganization of OD&D, but, by the time it was released, it had been recast as an introduction to the as-yet-unpublished Advanced Dungeons & Dragons game, the first of whose volumes, the Monster Manual, was released the same year as that Basic Set. And by the time my friends and I started playing in late 1979, all three of the now-iconic AD&D rulebooks were available. We thus entered the hobby at a time when, for a great many people (including TSR Hobbies, which strongly promoted this view), to play Dungeons & Dragons was to play Advanced Dungeons & Dragons. 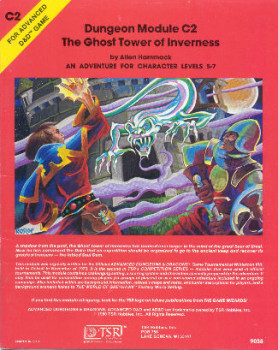 All of the foregoing is a lengthy preamble to my main point: for me, AD&D will forever be my “native tongue,” my “home.” Despite having spent the last five or six years immersing myself in OD&D, playing it, writing about it, and promoting it, there’s a very real sense in which it remains a foreign language. I am constantly “translating” AD&D ideas and concepts back into OD&D. As much as I’ve tried to fight it, I must acknowledge that there’s a big part of me that views OD&D as “AD&D–” rather than viewing AD&D as “OD&D+,” if you get what I mean.

I was reminded of the truth of this just last week when one of my regular gaming groups took up AD&D, starting with the 1979 adventure module, The Ghost Tower of Inverness, written by Allan Hammack. I hadn’t played AD&D in, literally, years and yet my knowledge of it – honed over years of my wasted youth – very easily came back to me. Like the proverbial bike, I never really forgot it.

And I had a lot of fun, too! There’s just something about AD&D that’s very appealing to me. I’m sure much of that appeal lies in fond memories of rolling dice with my friends as we played through The Tomb of Horrors or Vault of the Drow or one of the many other memorable modules that appeared under the yellow  Advanced D&D banner. However, I think there’s more to it than that. Whereas OD&D is like clay that can be molded and shaped in a wide variety of ways, AD&D is a lot less pliable. Part of that, I think, is that the game positively resounds with the peculiar-yet-catholic tastes of its primary designer, E. Gary Gygax. Consequently, Advanced D&D is a RPG that knows what it’s about and that comes through in the pages of its many, many memorable modules. Try to name 10 D&D modules of any edition and odds are good the majority of them will be from the AD&D line.

As I said above, I don’t think I’m alone in feeling that, no matter how many years have passed, Advanced Dungeons & Dragons is “home.” Consider, for example, that the first Wizards of the Coast edition was quite prominently called “Third Edition.” Third edition of what? Why, AD&D, of course! Sure, WotC dropped the “advanced” portion of the name, but it still numbers the editions with reference to Gygax’s 1977-1979 magnum opus in mind, not the edition that celebrated four decades of existence this year. I spent a long time trying to deny the hold AD&D had over my imagination, but the truth is that, as I expect it is for many gamers of my age and even younger, it will always be the edition of Dungeons & Dragons, regardless of how many other versions of the game have come before or since.

When I went old school, I wanted the feel of those old games, but I didn’t want the actual rules. I remembered too well what a jumbled mess they were. After a lot of reading and tinkering, I ended up using C&C. It provides the feel I was looking for, but it smooths over some of the old ugly.

Welcome back into the fold, James!

James, I had never thought of it in the terms you use (“home”), but that’s exactly how I feel about AD&D. It was my first RPG, and for a long time my main source of tabletop enjoyment. I skipped 2E altogether, mostly because I’d quit playing D&D in any form at that time and had been drawn to SPI’s Dragonquest and later to Deadlands, but 3E pulled me back in.

I’m definitely part of the fold of middle-aged gamers here who got started with Basic/Expert/Advanced D&D, dropped out, and was drawn back in by 3rd edition (in my case, not until 3.5e).

What I find myself craving these days is to play those classic modules with the rational, sensible 3e updates. So I’ve been wondering, especially now that I’ve started reacquiring many of those classic modules: how difficult would it be to “port” 3rd edition rules into the original AD&D modules?