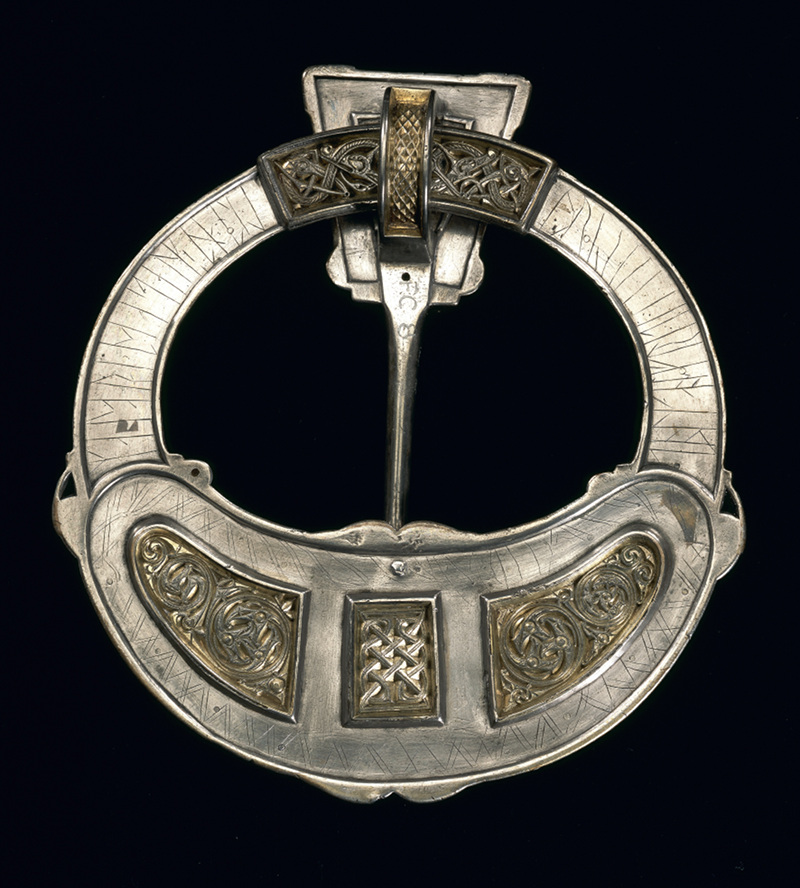 They journeyed boldly;
Went for gold,
Fed the eagle
Out in the east,
And died in the south
In Saracen land.
— Gripsholm Runestone (AD 1000-1100)

The British Museum has come up with another blockbuster with its new exhibition, Vikings: Life and Legend. Bringing together hundreds of artifacts from around the world, this massive exhibition tells about Norse life, art, and beliefs through everyday objects, works of art, magical objects, and even an entire Viking ship.

There are many surprises. For example, a whalebone axehead from Greenland dating to 1000-1300 AD shows that far-flung Norsemen in harsh regions used whatever material they had at hand. I’m sure the owner of this axehead wanted a real one of iron — the axe appears to have broken at the socket! There are also charming reminders of family life, such as some wooden toy boats from Dublin dating to around 800-1050 AD. 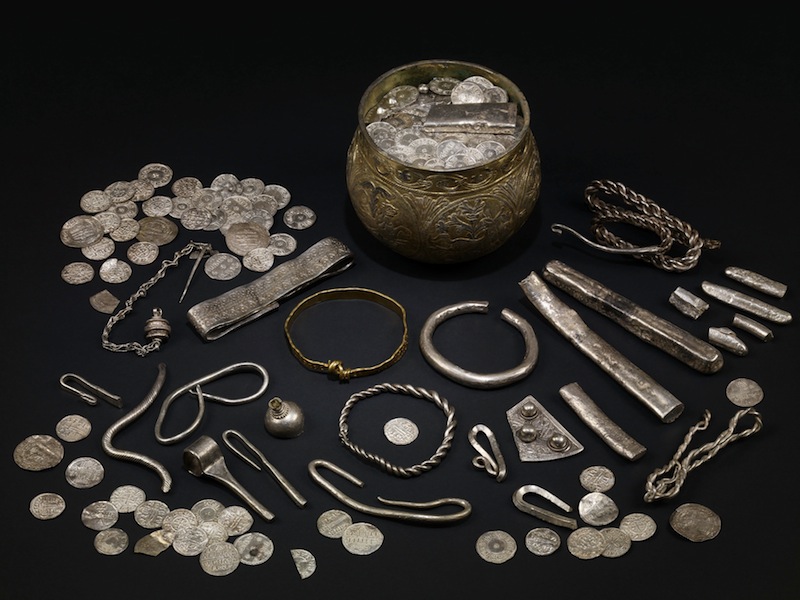 The crowds congregated around the works of fine art and the many hoards of valuable metal found in the Viking world. One display showed some of the more than 100,000 Arab dirhams found in Scandinavia, evidence of important connections between the two cultures. There were even counterfeit dirhams. Three fake coins, copying those of Caliph Harum-al-Rashid of Baghdad, are on display. The accompanying text describes how the Norsemen also used “commodity money” — objects that were slow to perish and kept their value, such as beads, furs, and dried fish. 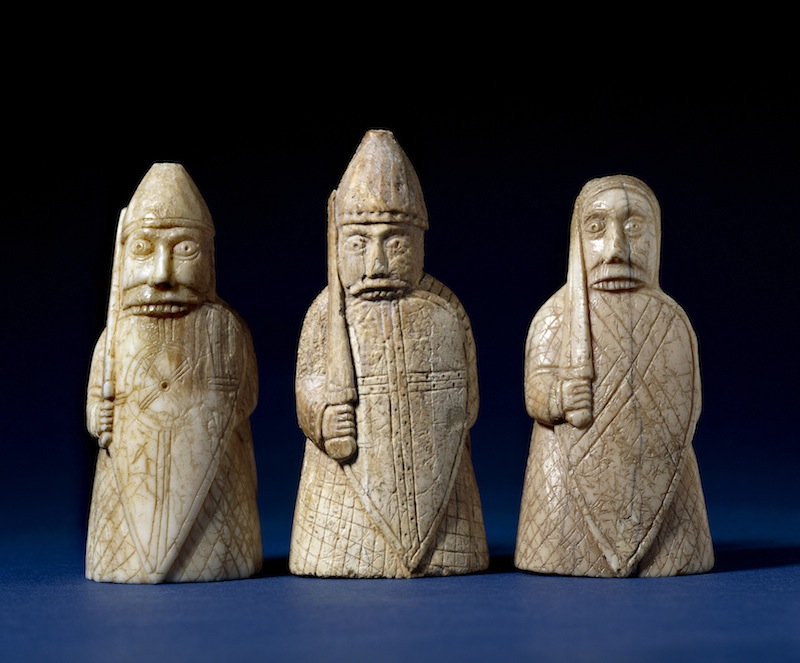 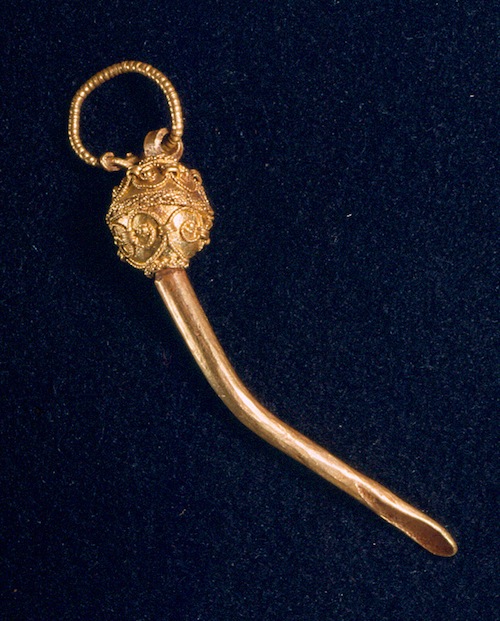 The curators took pains to break the Norsemen out of their stereotype of being bloodthirsty pillagers. Much of the exhibition is given over to peacetime pursuits and there are several Norse words of wisdom:

A man shouldn’t clutch at his cup, but

he should be sparing of speech or shut up;

no man will blame you for bad behavior

if you go early to bed.

Here’s another one from the Hávamál:

A greedy bloke, unless he curbs his bent,

will eat himself into lifelong grief;

He’s often derided when he comes among the wise,

A man who’s a fool in the belly. 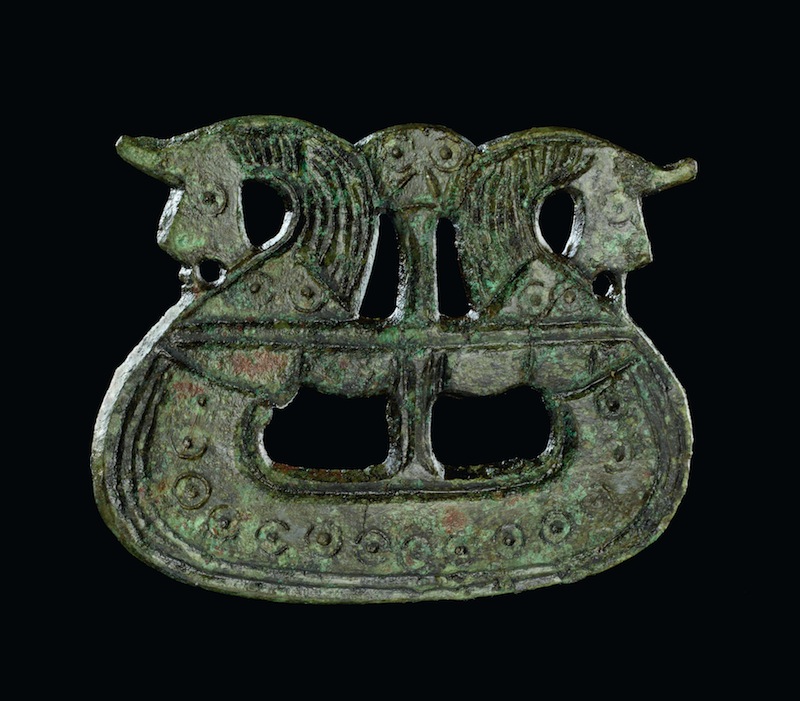 The centerpiece of the exhibition is a well-preserved Viking ship on loan from the Viking Ship Museum in Roskilde, Denmark. Specifically, it’s the Roskilde 6 ship. The ship was excavated from the banks of Roskilde fjord and painstakingly conserved and analyzed. The surviving timbers – approximately 20% of the original ship — have been re-assembled in a stainless steel frame that reconstructs the full size and shape of the original ship.

The ship dates to around AD 1025, the high point of the Viking Age when England, Denmark, Norway, and possibly parts of Sweden were united under the rule of Cnut the Great. The keel is 32 meters long, making it the longest Viking ship ever discovered. Its size and the amount of resources required to build it suggest it was a royal warship, possibly connected with the wars fought by Cnut to assert his authority over this short-lived North Sea Empire.

When a son is born, the father throws a naked sword before him and says, “I leave you no inheritance. All you possess is what you gain with this sword.”

Around the ship are displayed a variety of weapons in order to satisfy the public’s appetite for Viking bloodlust. But even here the curators give us some surprises. A reconstructed mass grave from Ridgeway Hill near Weymouth, England, contains the remains fifty decapitated Viking warriors, showing they didn’t win all the time! 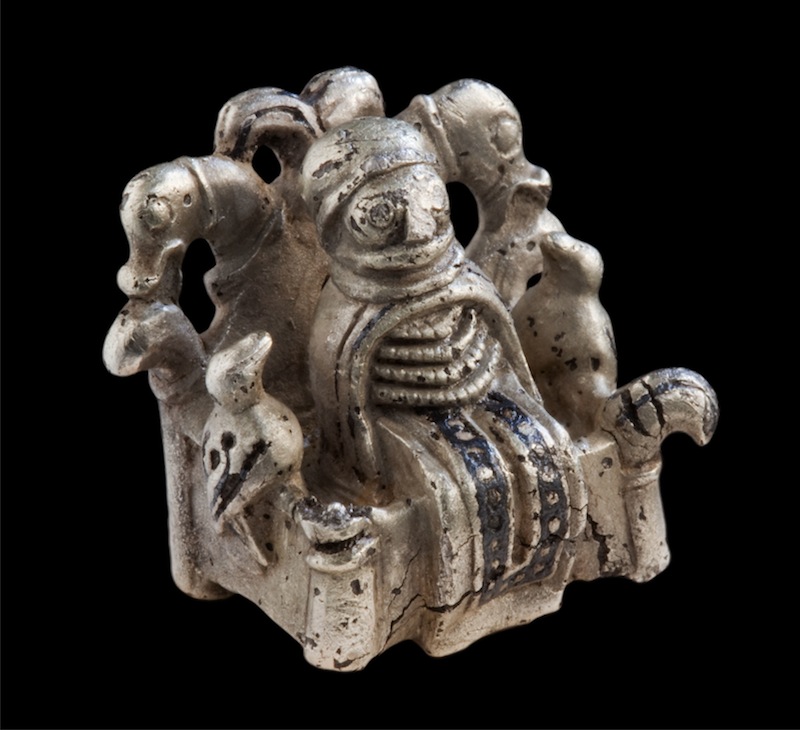 The last section is given over to Viking religion and magic. Magic was practiced overwhelmingly by women called völur (“staff bearers”, singular völva). Their burials contain animal-shaped amulets, hallucinogenic substances, and strange staffs. These staffs are shaped like a distaff on top, this connected her by a symbolic thread to her spirit as it journeyed into other worlds.

Sean McLachlan is a freelance travel and history writer. He is the author of the historical fantasy novel A Fine Likeness, set in Civil War Missouri, and the post-apocalyptic thriller Radio Hope. His historical fantasy novella The Quintessence of Absence, was published by Black Gate. Find out more about him on his blog and Amazon author’s page.

Great post sean! 😀
I’ve always thought vikings are a little unfairly protrayed, although they did their fair bit of raping and pillaging (which, lets be honest everyone did) but I feel they dI’d a lot more trading and exploring. And I think their culture and art is genuinely intresting.
So, yeah, thanks nice post 🙂

The more I read about the Nordic culture the more their world makes sense to me. That was the coolest post especially the Gripsolm Runestone lay. Please give us more!