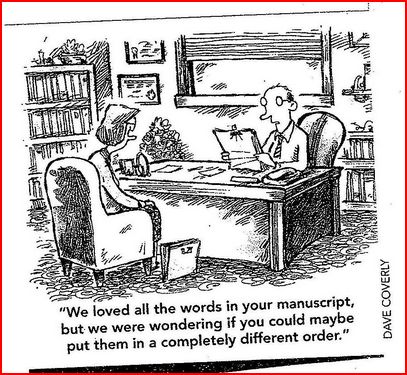 Composing a new story, especially a novel, is a thrilling experience filled with highs and lows, slow days and fast ones, sweat and tears (and occasionally a little blood). In a lot of ways, the writing is the “fun part” of being an author. However, that wonderful time is always followed by the worst part of being a writer.

All right, I’m being a little hyperbolic. Revision isn’t all bad. It’s certainly a challenge to take a pile of words and try to shape them into something that sort of resembles art, or at least an interesting story. But it’s also a lot of work. And, for me, the worst part is getting started.

Right after I finish the first draft of a manuscript, I put it away for a couple weeks. The goal is to forget what I wrote as much as possible so that when I sit down with it again, I can attempt to see it with fresh eyes. But here’s the problem. There is an immutable law of writing that first drafts always suck. Always. There was a time when I didn’t think so, when I thought my first drafts were pretty damned good. Yeah, I was too stupid to know better.

Now that my blissful ignorance has worn off, I approach these “first re-reads” of a manuscript with equal parts of excitement and dread. And the excitement part evaporates quickly after reading the first few pages, leaving me with only dread, growing over my head like a cloud of impenetrable darkness as I wade deeper and deeper in to the morass which I’d like to think has the potential to be a decent novel.

This is precisely where I am right now. Right in the belly of the beast. You see, I’ve recently started revising the manuscript for the second book in my new series. I thought it was pretty great while I was writing it, but now I’ve begun the re-read. The chilling realization has hit that here I am, working on what would be my fifth published novel, and I feel just as inadequate and contemptuous for my own work as I did when I first started down this path twenty years ago. 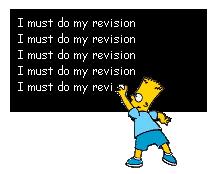 Now, if you’re an aspiring author, don’t panic. I don’t want you to think that a writing career is all tombstones and despair. There is some good news in this story. You see, what my experience allows me to do is look past this dark period, because I’ve been here before. Many times. Yeah, it can be soul-crushing, but there’s light at the end of the tunnel.

After I get done re-reading the manuscript (and hating its guts) I can start the healing process. I’ll have pages and pages of notes—ideas about how to make this a better book. Combing through those ideas, tossing out the clunkers and hoarding the gems, is a massive challenge, but you know what? With every change I make, every scene I whip into shape, every subplot I expand into its proper role, every character I kill or transform, I know I’m getting closer to perfection. The thrill of creation returns like lightning in my brain. It won’t be long before I’ve forgotten this bleak period, looking back at it as just another bump in the long road from story idea to published novel.

If this all sounds insane, well, I’ve always said that a writer needs to be a little bipolar. And a little insanity now and then can be a good thing. I don’t know where this compulsion to create imaginary worlds and people comes from, but if you’re a writer, you probably see a bit of yourself in what I’ve written. So maybe it’s enough to say that you’re not alone. When the writing gets to be too much, when it feels like you’re never going to get it right, keep pushing.

There’s hope on the other side.

It’s funny that you describe it that way, because my reaction is almost diametrically different. It’s the rough drafting that I find the most laborious, and revisions that I most enjoy.

While I occasionally will be pleased during the rough draft phase, most of the time I’m gritting my teeth and waiting for it to be over, as though I were on a carnival ride I hated. It’s only when I have a substantial chunk of text ready to smooth and polish that I truly start to enjoy what I’m doing.

I love hearing from other writers about their process, the ups and downs, etc…

P.S.: Since writing the article, I have turned a corner and now feel much better about this manuscript. Well, a little better. 🙂

As a writer wannabee I appreciate these Jon. I’ve been to your website and I’ll probably return to it now and then. I’ve completed two novels and they are train wrecks for different reasons. My first was a collection of short stories that I tried to string together ala The Illustrated Man but it ended up being more like a tangled spider web in fixing one story messed up the next story. My second novel my friends of course all loved and encouraged me to turn in. I let it sit a while and the truth is that the middle drags and my friends were being uber supportive and not constructively criticizing. Now I’ve started a third and I’m suffering a bit of storyline ADD. I think I’m not quite at the professional level yet but I’m getting closer. How did you speed up learning about your craft?

Thank you for talking about how first drafts suck. I sometimes do not have patience and hearing it from a pro gives me some encouragement. Your experience tells me that what I’m doing is fixable. I have to say that sometimes the critic in my skull wins out and I start rethinking about if the time I spend writing is worth it. Then somehow I find myself back to the keyboard. I’m sure this is common with newbie writers. Thanks for your posts like this.

The only way I know how to “speed up” learning a craft is to do it more often. Read more and write more. There are a lot of writing guides–some are decent and some are crap. But there is no substitute for putting in the time.

Putting it aside for a time to get some distance is essential.

OTOH, it’s not without its price. You can read something, think it odd and intrusive and wonder why you ever put it in — and two chapters later, after you revised it out, realize that it was essential foreshadowing. You needed to smooth it out and make it more natural, not excise it.