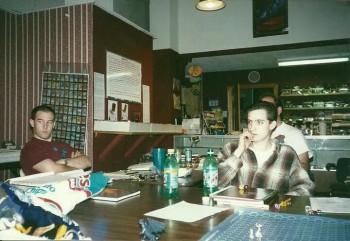 The first roleplaying game product I bought for myself – using money given to me by my grandmother for Christmas 1979 – was the Advanced Dungeons & Dragons Monster Manual. I ordered it through the Sears catalog, because, to my 10 year-old mind, that’s what you did when you wanted to buy something “unusual” (which D&D was to me at that time). The thought never occurred to me to look for the book anywhere else, since I didn’t recall ever seeing any RPG products on the shelves of the shops and stores I usually visited.

As convenient as the Sears catalog was, its selection was limited, as I learned after admiring the collection of D&D materials owned by the high school-age older brother of a good friend. This older brother was one of my mentors in the hobby, who initiated me into its mysteries at an impressionable age. He’d acquired his books, adventure modules, and magazines from hobby and comic book shops throughout suburban Baltimore and spoke enticingly about the many other treasures they held. Needless to say, I wanted to visit some of these shops myself.

By the summer of 1980, there were quite a few places selling roleplaying games in my neck of the woods, including chain bookstores (like Walden and B. Dalton) and even greeting card stores. The number of dedicated game stores, though, was quite small. It’d still be a few more years before they started to become, if not commonplace, at least easier to find. Consequently, I became a very loyal customer to those I did find, often hanging out at these places with my friends. And why wouldn’t I? Not only did they have shelves of D&D and other RPGs I’d never heard of, but they also had dice and fanzines and miniature figures. Several of them even had a space or room where people could sit down and play. In many ways, those public gaming spaces held even more appeal to me than everything else, because they gave me a chance to see roleplayers “in the wild” – and what a cast of characters they were!

My middle-aged brain can no longer recall the exact names or even faces of the many roleplayers I met in those heady, early days after I was first introduced to the hobby. In the years since, I’ve reduced them to caricatures. I feel a little bad about that, because I learned a lot just by hanging around these guys and watching them play. In their own ways, each of them revealed the wonderful diversity of roleplaying: that there are as many different approaches to it as there are players and that there is no single “right” way to play. Mind you, this wasn’t a truth I immediately understood, since many of the gamers I met promoted their own approaches with great zeal (and derided those whose approaches differed from their own). Even so, one lesson I did learn and learn well was that roleplayers came in all shapes and sizes. Here are a types that I remember well: 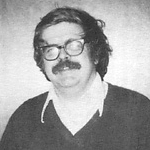 When Dungeons & Dragons was released in 1974, it carried the subtitle “Rules for Fantastic Medieval Wargames Campaigns Playable with Paper and Pencil and Miniature Figures.” That’s because Gygax and Arneson considered what they were doing an outgrowth of tabletop wargaming. Consequently, many of the earliest roleplayers had a long association with wargaming in both its miniatures and hex-and-chit forms. I got to know a number of these wargamers when I first started roleplaying, including the father of a close friend of mine. Generally (though not always), they were much older than the other gamers and usually had beards or at least mustaches. Many were ex-military. All of them were deeply interested in history and were veritable founts of information about past eras, so, naturally, I just enjoyed listening in on their (sometimes heated) discussions about the American Civil War or World War II. As I recall, the grognards talked a lot about Chivalry & Sorcery. 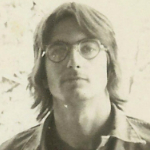 D&D (and roleplaying more broadly) achieved a great deal of publicity as a result of the supposed connection between the game and the disappearance of college student James Dallas Egbert III in August 1979. Colleges and universities were one of the places where roleplaying really took off. Many people who would eventually go on to write and design RPGs first became acquainted with the hobby while they were at post-secondary educational institutions. Consequently, I also met a number of college students who visited the same hobby shops as I did. They tended to be a bit scruffy and vaguely “hippie-ish.” They also tended to be really into mythology, folklore, and fantasy literature, which they advocated as great sources of inspiration for RPG campaigns. I always enjoyed talking to them, because they told me about books and authors I might otherwise have never heard of. That said, the college students took roleplaying a lot more seriously than my friends and I did. It was from them that I first learned of games like Empire of the Petal Throne. 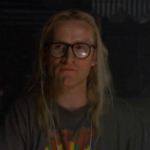 Dedicated game stores were uncommon in the early days of the hobby, as I said. Instead, RPG products were sometimes sold in other types of stores. One of those types was the head shop. Ostensibly a place to buy tobacco and tobacco-related paraphernalia, head shops were generally assumed (at least by all the kids and teens I knew) to be where you could go to buy marijuana. They also sold psychedelic posters, incense, New Age nonsense, and roleplaying games. That didn’t stop some of their regular customers from dropping by the local game store, looking for products they couldn’t find at the Karmic Smoke Shop. I found the stoners rather weird and so didn’t get to know them well; in fact, I generally avoided getting too close to them. But the games they ran were really interesting – or at least compelling – because they had a very expansive notion of fantasy. Many of them played RuneQuest, which may explain why I didn’t play it for many years. 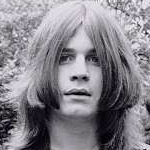 As a kid and teen – heck, even as an adult – I never had much of an ear for music. Consequently, I never had a favorite band or album and, if you’d have asked me to name some popular musicians, I’d probably have come up with performers from my parents’ youths. If pressed, I’d likely have named some group whose music was played on mainstream radio stations, so heavy metal and hard rock were largely off my radar. That all changed when I got into roleplaying, because there was a significant contingent of teenage metal fans who frequented the hobby shops I visited. My friend’s older brother whom I mentioned above was one of them. Unlike the stoners, who scared me a little, the metal heads weren’t as off-putting to me, even if I never developed any appreciation for the music they adored. That’s probably because they liked D&D and talked a lot about Conan (though a few were into Arduin). 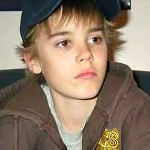 All of the above roleplaying caricatures were older than my friends and myself. On the one hand, that was cool, because getting to “hang out” with older guys made us feel like we were older. On the other hand, we were still young and we knew it, which is something a lot of kids don’t want to remember. I used to take considerable pride in the fact that my first Dungeons & Dragons boxed set noted that it was “The Original Adult Fantasy Role-Playing Game.” RPGs weren’t “kid stuff,” something 10-12 year-olds are often keen to leave behind. That’s why we took strange solace when real kids started to appear on the RPG scene around 1981 and (especially) 1983. They got into gaming through the later, more successful D&D Basic Sets and my friends and I took great pleasure in looking down our noses at them. This Red Box Generation were a bunch of snot-nosed Johnnies-come-lately, unlike us. By that time, we’d been involved in the hobby for two or three years and considered ourselves “veterans,” though I doubt anyone else did. Having someone lower on the social totem pole was a godsend for our fragile egos.

There were many more guys – and they were always guys; I don’t remember ever seeing a female roleplayer in those days – who hung around the hobby shop. I could probably reduce them to caricatures too, given enough time, but that isn’t really my point with this post. Rather, it’s that my formative years in the hobby brought me into contact with a lot of different people whose tastes and approaches to our shared pastime were quite different from my own. These were the days before there was a mass market “geek culture” and goofballs fascinated by dragons and aliens were a rare enough breed that they tended to congregate in the same places. While my youthful self could probably have never imagined a future where The Lord of the Rings would become a blockbuster movie series, my present day self nevertheless misses those old days and the people he used to see at the game store. It was a weird, wonderful time to be a child and I am very grateful for it.

James, my experience was quite different in that there were no older people playing D&D in 1980 where I grew up in the California desert – at least, I should say, none that I really knew about or interacted with. Most of us found out about the game by word of mouth only, and we never had any experience of watching “how to play” and more or less figured it out on our own. I was lucky in that my dad dabbled in wargames and conveniently passed a hobby shop on his way home frmo work in San Bernardino – it was only natural he picked it up for my brother and I. it was only later that the metal heads, stoners, etc. came tot he game and the clocks you describe formed. I imagine there are a lot of variants of this story.

[…] it also provided me with pop cultural connections to my parents, grandparents, and even just the older guys I’d later encounter in the hobby shops. That’s why, to this day, I’m very much a […]

[…] Opera). C&S is a game with which I had a very strange relationship back in the day. Most of the older guys I knew didn’t think much of it. They considered it too “nerdy,” which was saying […]

[…] I came across “in the wild,” so to speak. Rather, they were all recommended to me by the older guys who haunted the hobby shops and game stores my friends and I visited regularly. They kept saying, […]

[…] it also provided me with pop cultural connections to my parents, grandparents, and even just the older guys I’d later encounter in the hobby shops. That’s why, to this day, I’m very much a […]