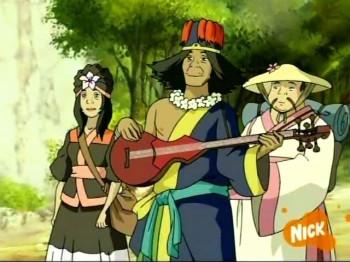 Have you ever sat down to read a book and hit a stretch in which it seems really obvious that the writer is writing because… well, they have to? That something is eventually going to happen, but it can’t happen just yet because word count? Or, in all fairness to authors, because it just isn’t time yet, because time has to pass between events. Emotional distance has to be gained or events will appear too closely related if they are too closely linked in the text.

It happens around page 150 in most genre novels, or right around episodes 16-18 in a 22 episode TV series. And let’s be kind to filler: not every piece of a story can move the overall arc forward (although it’s great when it does). It can be an excellent opportunity for character growth and for world-building. It can provide needed relief from a heavy plotlines. And it can just let the writer(s) play, with occasionally great storytelling popping up. “Hush” in Buffy is a great example, as is “Big Block of Cheese Day” on West Wing or “Houses of the Holy” on Supernatural.

And sometimes you just get… Book 2 of the Argonautica. Feel free to disagree with me if you’ve read it (and I expect to see a good many comments arguing with me!) (or a loud chirping chorus of crickets. Yeah, it’ll probably be crickets), but between the action in Book 1 and Book 3’s massive operatic scope, Book 2 is just… there.

Don’t get me wrong, there are good bits.

The Argonauts were up on the shore of the Bebrycians, where their king, Amycus, challenges everyone who passes by to a boxing match. Boxing in the ancient world often ended in the death of one of the combatants and Amycus has quite the tally. What he doesn’t know is that the Argonauts have with them one of the greatest boxers in the history of mankind in Polydeuces (AKA Pollux). Polydeuces is offended that Amycus respects none of the laws of hospitality and thus is willing to crush him in the fight.

And there are monsters. Harpies, in fact. The next stop on the Eastern Mediterranean cruise introduces them to Phineus, who is a seer. He made the mistake of telling one too many of Zeus’s secrets (a common problem to prophets) and thus the gods daily send harpies to foul his food and keep him in perpetual starvation. After the sons of Zephyr chase them off, Phineus tells them how to get past the clashing stones that guard the path to the Black Sea.

(If you’ve ever played a video game, you’ll know the trick. Let them crash, then rush through while they’re resetting.)

And beyond that? There are stops, new friends are made, altars are established, and Apollonius ticks off enough entries in the tour guide to make the outbound trip worthwhile. Book 2 ends with the Argonauts reaching Colchis. And that, my friends, is where things get interesting.

Next up: Dragons! Magic! Fire! And the invention of the internal monologue.