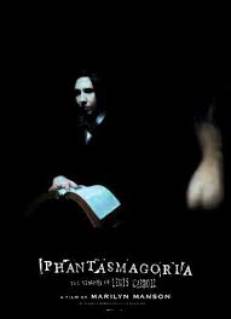 When I first heard about this, I thought Marilyn Manson was taking on one of my favorite computer games.

In case you don’t remember, Phantasmagoria is the 1995 interactive movie horror adventure game created by Sierra for the PC.

Made at the height of the “interactive movie” boom in the computer game industry, Phantasmagoria is notable not only for being one of the first games to use a live actor as an on-screen avatar, but also for being banned by some retailers due to its fairly graphic depiction of violence.

What I didn’t know until now is that Phantasmagoria is also a famous collection of Lewis Carroll’s poems, as well as the name for live horror shows involving projection onto smoke screens that were invented in the 18th century France.

Oh, and it’s also the title of Marilyn Manson’s first foray into film.

However, Manson himself Tweeted the following only last week:

Happy that my Phantasmagoria screenplay, with me portraying Lewis Carroll, is in production. His diaries inspired the best horror film ever. 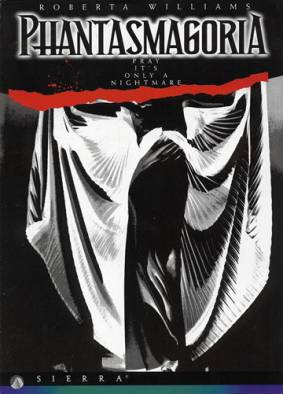 While there are no other casting details at this time, Lily Cole, Tilda Swinton and Evan Rachel Wood were all once attached to the project. IMDB removed the entry for Phantasmagoria from their site several years back when it surpassed even their definition of “development hell” and have yet to repost. But perhaps that will change again soon.

The synopsis has never been more than these scant few lines.

A haunted writer in an isolated castle is tormented by sleepless nights and visions of a girl named Alice. He finds himself becoming a symptom of his own invention.

“Now all my nightmares know my name.”

He is Lewis Carroll. Terrified of what waits for him each night.

With Manson, it’s difficult to tell what this is because there really are no further details (though he apparently has had a finished screenplay since 2005) or if obtuse is just synonymous with being an artiste (with an “e”).

I did a bit more digging and found this quote from 2010, around the same time Manson was busy creating a Phantasmagoria “teaser” trailer.

I want to take the children’s story that we all know, and discover the horrifying roots that grow beneath every one of its childish metaphors. The characters may be absurd and wrapped in puzzles, but the author himself is the story that I find painfully close to me. Lewis Carroll is far more complex than the world’s narrow perception of him as a quiet deacon, a mathematician and a loner, simply obsessed with photographing young girls. He was possibly one of the most divided souls living in his own hell that the world has overlooked.

Manson released a “teaser” trailer later that year and posted it on YouTube ,who then promptly slapped it with a content warning (no real surprise). However, it does make me wonder if there is a legitimate plot in there somewhere, or just a whole lot of attempted shock value.

Manson has suggested the use of subliminal elements to enhance the overall feeling of horror, but also says he may go further.

I‘m going to do a lot of things that may end up being illegal. Until they are, I will do them. I think it will change people’s opinion about horror films and they will realize they’re not all about slashers. I might add that the girls playing Tweedledum and Tweedledee are twins who get to have real, genuine sex with each other. I like to make dreams come true.

By the way, there is actually a Phantasmagoria: The Movie horror film based on the game and slated to hit theaters in 2015. This one stars Kelly Overton (True Blood) as “Adrienne” and Mischa Barton as Zolton’s last wife “Marie.”

Still trying to decide if I’m relieved about this, or not.

Come on, I know you have a comment. Post it here or drop a line to sue@blackgate.com