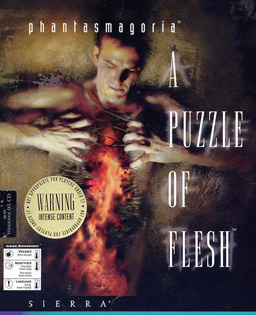 To call me a “gamer” would do a serious injustice to those hardcore cyber-warriors who are universally recognized for their pale complexion and calloused thumbs. But as someone who has spent many a windfall dollar at the local GameStop, foregone more than one sunny summer day hunched over a keyboard in a darkened room, and lives at least partially in a world where an Easter Egg has zero to do with a bunny, I think that on some level I can relate.

I also fraternize quite openly, both at work and at home, with software developers. Those in the game industry never cease to dream of a world where they would create the games they truly wished to, without the constant and creativity-killing demands of the margin-hungry corporations they work for.

Which is a little scary when you think about it.

What if game developers were allowed to run amok and create any character, any story line or any outcome their imaginations could devise, and could thrust their creations out into an unsuspecting marketplace with nary a care for bottom line returns or movie-deal conversions?

Of course, to imagine that world you would also need to imagine one without the parental rating system. Or aggression therapy.

But that being said, I have always gravitated toward those releases that game developers admire themselves. Their criteria for what is “good” is sometimes but not always represented in the best seller area of your favorite game retailer and many are difficult even to find these days, not just because they’re out of production, but because they’re banned outright.

Though I own a couple of the most popular gaming systems, I’m a PC gamer at heart, so here is a short list of the weirdest and most wonderful as introduced to me by the smartest and most pale; in no particular order.

I could just about stop here since how could any scenario top one in which you can reign over Heaven or Hell?

As the player, you choose which dominion you want to rule and since I never choose Heaven, I can only assume from what I read that the game play there is similar.

As the ruler of Hell (you never really get ID’d as Satan and for that matter, it’s never actually called “Hell”) it is your job to devise and build adequate punishment and torture facilities to accommodate the hundreds and eventually thousands of souls pouring in daily. Should you begin to falter, your advising demon Jasper Wormsworth pops in to berate you and offer suggestions in equal measure.

Though I’ve played for more hours than I care to admit, it’s the one game that can make me laugh out loud. Like when the “Bats Out of Hell” suddenly fly over Hell, depositing guano that reduces the efficiency of your buildings and costs you points.

However, this is Hell, so the guano actually increases the efficiency of some structures. After all, the only thing worse than being in Hell is being in Hell while covered in bat droppings.

Note: I’m not the only one who loves Afterlife. Click here for a recent article from gaming site Kotaku.com 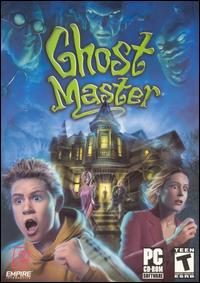 OK, I admit it, just about any game that puts me in charge of minions would probably make this list. But when those minions are ghosts, the ecstasy is exponential.

In Ghost Master you manage a hand-picked legion of specters whose job it is to “clean house” as fast as possible.

Successfully driving the inhabitants out of one location in record time gets you and your team promoted to the next level, with an increasingly skeptical group of people to torment and eradicate. 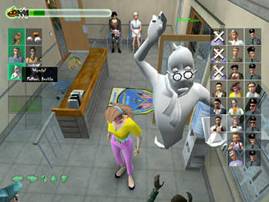 The less your targets believe in ghosts, the harder you have to work to get rid of them.

For me, this never gets old (any surprise there?) but many evenings I purposely hang around in level one where my first target is a sorority house full of gullible, freaked out co-eds.

Though it’s not at all difficult to send them screaming out the front door, I can’t resist devising new torments like making their toilets explode and attacking them with their own cold cream.

You may call it juvenile, but I call it therapy. 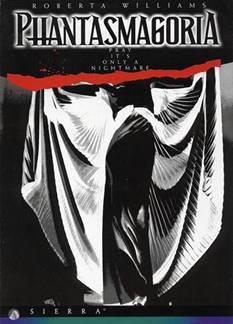 This game was groundbreaking on many levels, not the least of which was that it consumed every second of my free time for nearly two months.

Made during the height of the “interactive movie” boom in the mid-90s, Phantasmagoria is notable for being one of the first adventure games to use a live actor as an on-screen avatar. It was released on seven CDs to accommodate the massive amount of video generated by this process.

The story is somewhat similar to The Shining, and revolves around paperback writer Adrienne, who has together with her husband Donald just bought a remote mansion previously owned (and now possessed) by a famous magician from the 19th century.

“Zoltan,” who happened to dabble in black magic, called up a rather nasty demon which caused him to violently murder his six wives – events which the player gets to witness in astonishingly realistic detail. 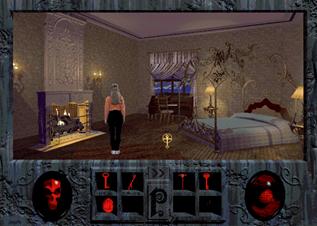 It rates high on the gross meter, which is hard to do considering what’s currently on the market.

Featuring graphic gore, violence and a rape scene, the game stirred controversy over age restrictions and target audiences in the maturing game industry.

It was banned in Australia, while CompUSA and other major retailers simply refused to carry it.

Despite the controversy, Phantasmagoria was Sierra’s best-selling game in 1995.

This one is not for the squeamish but is technologically impressive with compelling play, even by today’s standards. 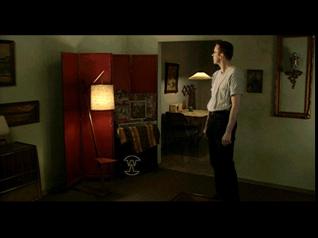 While not a commercial success, like its predecessor it is remembered for its controversial violent and sexual content, which led the game to being heavily censored or banned outright in several European and Asian countries.

Though originally meant to be a trilogy, Sierra gave in to the outcry and abandoned development on the third installment.

I’m sure you’ve noticed none of these games was developed recently, or even in this decade. That’s not to say there aren’t amazing things being done for the Wii and the Xbox today (or I wouldn’t have just blown through a six hour House of the Dead marathon using my newly acquired machine guns). But playing the games I mention here is a little like finding a Chinese restaurant where all the patrons are Chinese.

If the developers think this stuff is great, then by all means, pass me the soy sauce.

Phantasmagoria was a great game. My friend had it back in high school, and I would go over to her house after school and we would work together to solve the game. I wish I could remember how it ended, but one small part that I will always remember has to do with a giant mirror in the dinning room. I even worked that little detail into a D&D adventure I was working on. Great stuff!

The game is also riddled with Easter Eggs which were even harder to find as they weren’t plastered all over the Internet like they are now. If you’ve still got a copy its worth going back and playing it again for the Easter Eggs, some of which are hysterical.

The first game ends with Adrienne killing her hubby and waling off into the sunset.

[…] one of the last made before computer animation took over. (GC: This is my FAV game of all time, and here’s the post to prove […]

[…] case you don’t remember, Phantasmagoria is the 1995 interactive movie, horror adventure game created by Sierra for the […]