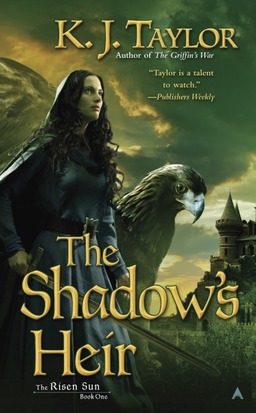 The Shadow’s Heir was good enough that I may someday backtrack to Taylor’s debut, The Dark Griffin. Of course, since this is really the fourth volume in the series, it has enough spoilers about the first three volumes that I’ll need to wait years for my memory of this book to fade. The review quotes about those earlier volumes promise “twisty plots,” and they won’t be twisty for me until I forget nearly everything I just read.

If the book were bad, I’d just shrug and move on. As it is, I’m annoyed on the author’s behalf at the marketing folks at Ace. (This is, of course, an injudicious thing to admit, because I would give my eyeteeth to sell my trunk manuscript to Ace. Not that they’d want my eyeteeth. Imagine the slushpile horror story!) I would love to understand the marketing decision better, because it seems to me that telling people The Shadow’s Heir is a good entry point to Taylor’s fictional world might sell copies in the short run, but would surely turn readers off in the long run.

This book holds the payoff for several plotlines I could have been deeply invested in, had I read them from the beginning. Instead, I was keenly aware at every payoff point of how hollow the big scenes felt to me in comparison to structurally similar scenes in other series.

How on earth am I going to talk in any detail about the virtues and peculiarities of The Shadow’s Heir while avoiding spoilers about three previous volumes I haven’t read? Well, here goes.

Laela Redguard grew up in a peasant village where all but her foster father hated her for her mixed-race parentage. Her nation still reels from a civil war — a war of liberation for the formerly enslaved Northerners, Laela’s father’s people, and a war of humiliation for the formerly slave-holding Southerners, her mother’s people. When her foster father dies, early in the book, Laela leaves the war-embittered South to try her luck among the slavery-embittered Northerners. There, she finds refuge with the man she was raised to regard as a terrifying Dark Lord, a Shadow Who Walks.

He is that, and yet he is a great deal else, a tragic hero who cannot be simplified or dismissed. As important as ethnicity and social caste are to the world of the novel, it is more important still that the Day God of the South and the Night God of the North are locked in a feud that the wisest of their human worshippers long to resolve. But how are humans to make peace when their very real, very potent deities are bent on genocide? 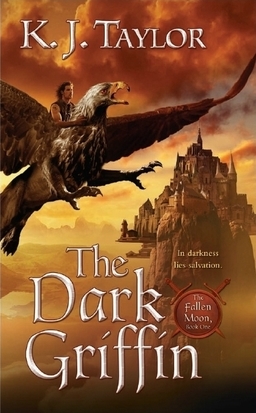 That, to me, was the most engaging aspect of The Shadow’s Heir, because so much that was at stake in the family saga plot depended for its resonance on three volumes I hadn’t read. The predicament of characters who truly want to be devout, who cannot doubt the reality of gods who intervene manifestly and magnificently in their world, yet who are wiser and nobler than those gods, is one we rarely see in fantasy fiction. It put me immediately in mind of The Iliad, in which Homer presents with little comment the petty acts of the Olympians alongside the heroic acts of both Greeks and Trojans. Taylor’s main characters struggle and argue with their gods in a tradition that owes something to The Book of Job, only with this intriguing twist: the two protagonists begin the book serving opposing deities, resist divine demands throughout, choose human bonds with their fellow humans, and are in the end simultaneously glorified and made to pay for their divided allegiances.

As to twisty plots, this one might have benefitted from more twistiness. If the story were to be stripped of its cool worldbuilding, what remained would be a Mary Sue plot: a peasant girl with a tormented past and a ton of attitude walks into an established ensemble of powerful characters and outclasses them all. Certain story developments are telegraphed much further in advance than I generally like — but then, I’m pretty sure the heavyhanded foreshadowing would be a feature, not a bug, for a reader already immersed in the story’s world.

As to craftsmanship on the sentence level, my quibbles are problematic regional quirks. As a reader from the United States, I have a very specific response to dialogue written with non-standard phonetic spellings to indicate dialect. For me, as for many American readers, it points back to centuries of white authors trying, with varied motives and results, to render the voices of black characters. Because of that nationally specific history, dialogue of this kind makes me uncomfortable. K.J. Taylor is an Australian writer, and I have no idea what part dialect plays in the history of Australian fiction. She has her reasons for rendering almost all of the dialogue in the book in non-standard dialect. Her characters are from different regions, and each region’s speech sounds non-standard to the other.

Moreover, she has griffin characters for whose convenience humans must learn to speak griffish, and only when Laela’s griffish has improved enough that she can think in it does that dialogue start looking standard. Still, I am persuaded by Toni Morrison’s argument that characters sound standard to themselves, and characters from the same community sound standard to each other. That’s not the only way to see the issue, but Taylor’s choice was, for me, a constant low-level distraction.

What, ultimately, do I advise you to do with your book-buying dollar? First, pay off your overdue fines at your local library, because you should anyway, and then check out The Fallen Moon. If you like that, then by all means, buy The Shadow’s Heir.

I read The Dark Griffin when it came out and really wanted to like the book. I had a number of problems with it, especially the way the protagonist had a major case of the stupids, meaning he did some really stupid things. The only reason I could see for him to do some of the things he did was just to advance the plot. I decided to pass on the next volume. Based on your review, it seems like I made the right decision.

Well, that’s a bummer. I always go into the process rooting for the book. K.J. Taylor’s got some promise. I do hope she stays in the game.

[…] my last review here, of a book that was inaccurately marketed as the first volume of a new series, I want to note how […]