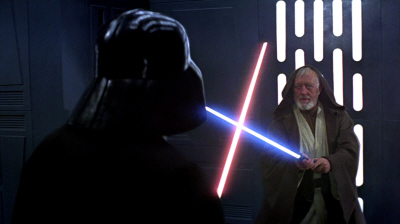 I was seven years old when the first Star Wars movie, A New Hope, hit the theaters. That was a magical summer in my childhood, a time when the future was gigantic bubble of fun and optimism that seemed to be moving closer to me day by day.

Years later, when I started penning my own stories, I flailed about like most fledgling writers, not really sure what I was doing. Eventually, I got my act together, but it wasn’t until later as I looked back on what worked, and what didn’t, that I started to realize that the most important lessons about storytelling were the ones I unwittingly learned at the movie theater, watching heroes battle an evil empire in a galaxy far, far away.

It’s vital for characters to have deep and compelling motivations, so when I think of this topic, I always go back to the basics. Luke, our main hero, begins the movie yearning to get off his desert homeworld and find adventure among the stars. That seems simple, and it is, but it’s also a motivation that so many people share. Who among us didn’t yearn for personal freedom when we were growing up, the chance to get away from our ordinary lives and do something exciting?

However, if that had remained Luke’s primary motivation for the entire film, we would have gotten tired of him before too long. But that was just the “bridging” motivation until the real story began, and began it did, with the Empire swooping in to kill Luke’s aunt and uncle. When Luke’s guardians die, he is motivated to avenge them. And Old Ben Kenobi is there to lead the way. Thereafter, Luke’s motivation is to become a Jedi like his father and fight the Empire. Now we’re off to the races. 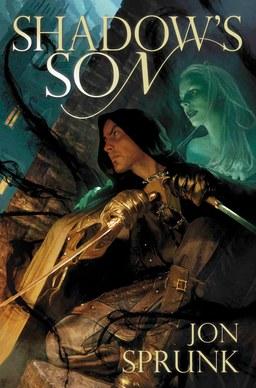 Motivation is a lesson I had to learn the hard way. In my first published book, Shadow’s Son, my main character’s initial motivation is simply to continue his successful life as a freelance assassin. It’s not until he is double-crossed by a client that he develops an interest in events outside his narrow existence. In hindsight, that was a mistake. Simply wanting to continue the status quo, while a common motivation in our lives, is not compelling enough to make a strong connection between reader and character. Fortunately, in the sequels I kept this lesson in mind and created (I hope) more captivating initial and successive motivations.

We humans are wired to see connections. We tend to see our lives as strings of cause and effect. I overslept, so I’m late for work, so my boss yells at me, so I don’t get that raise, so I can’t afford to take my kids on vacation, so they resent me, etc etc etc… We also enjoy seeing these concepts at work in the stories we read (although it can sometimes be thrilling to read something that doesn’t follow this pattern.)

Above I mentioned how the Empire killed Luke’s aunt and uncle, thereby triggering a new path for his life. That is a textbook example of how events can have unexpected consequences. Princess Leia stole the plans to the Death Star, so the Emperor sent Darth Vader to get the plans back, so Leia hid the plans on R2-D2, so the droid escaped to Tatooine, where he was purchased by Luke’s uncle, so Vader sent troops to retrieve the droid, so the troops kill Uncle Owen and Aunt Beru, so Luke decides to fight against the Empire… Whew! And that’s just the first act.

But that’s just the plot. Star Wars also gives us interconnections between characters. Darth Vader isn’t just a villain, he is Luke’s father. Leia is Luke’s twin sister. Ben Kenobi was his father’s teacher and best friend. This Shakespearian family drama lends heft to the story and raises the stakes. Fighting a Sith Lord is daunting enough, but fighting a Sith Lord who’s also your estranged father is an epic task.

I never had much trouble with the concept of interconnectedness in the storyline, but connections between characters are a trickier issue for me. Obviously, I didn’t want to recreate the “Luke, I am your father” moment of Star Wars, and I steered away from all familial connections in my first book. Yet, in the sequels, my orphaned assassin goes forth to discover what happened to his parents, and that’s where I was able to draw on family ties to bind (and almost strangle) my hero.

The Importance of Good Villains 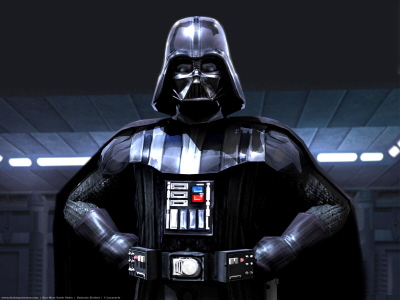 While I greatly admire Peter Cushing as Grand Moff Tarkin, the prize for best villain of A New Hope (and maybe movie history, period) is Darth Vader. Physically imposing and possessing mastery of an eldritch power that most people cannot explain, he is a modern-day Witch-king of Angmar.

He is evil personified, somehow managing to look bad-ass when just walking down a corridor. With Tarkin and Vader, the movie wisely separates political power from physical (and metaphysical) power. Tarkin gives the orders, but it’s Vader who makes them happen. As we’ll see in the later movies, Vader can exist just fine without Tarkin, but it’s unclear whether the opposite would be true.

And, of course, we can’t forget the Imperial Stormtroopers. Hearkening back to the terror-inducing soldiers of the Third Reich, these faceless minions are the Empire’s enforcers. Extensions of the Emperor’s will. Feared throughout the galaxy (although their famed accuracy seems to suffer when shooting it out with the heroes.…)

Looking back at my first book, it’s easy now to see that I followed something of the same game plan with my own villains. I separated my villains that wielded political power from those who spread fear with their physical (and magical) gifts. This was important to me because I believe that a storyteller needs to put as much effort into creating the villains as he/she does the hero.

As this piece obviously shows, I fell in love with A New Hope as a child and that love hasn’t waned. Even without getting all Campbellian/hero-journey-ish, I believe it’s one of the best movies ever created and I’m not ashamed to say it had a big impact on my evolution as a writer.

“Bridging conflict” – handy term that! I first encountered it in a book by Donald Maas. I suspect it comes from elsewhere?

Harold, I don’t remember where I picked up that term. It might have been from Maass, whom I’ve heard speak a couple times. I also have a small collection of books on writing (including one by Maass), so it could have come from one of them.

Too bad Lucas didn’t seem to have learned these lessons from his own work when he made the prequels.