Growing up, Halloween was my favorite holiday. Christmas is great for the presents and Thanksgiving for the feast, but Halloween has a connection with the supernatural that always enthralled me. Ghosts, demons, undead, witches — these were (and are) my meat and mead.

When it comes to fantasy stories, magic is what calls to me. In some stories, the magic is subtle. In others, it’s loud and proud. Here are some of my favorite uses of magic in fantasy.

The Wheel of Time by Robert Jordan: Jordan created one of the most detailed magical systems that I’ve ever read. The powers of the Aes Sedai are rich and varied, and they all originate from an elemental structure that feels both familiar and innovative. Especially in the early books, where the younger characters are learning how to access their power, the unfolding of this magic coincides very well with the physical exploration of Mr. Jordan’s story world. Also, it must be said that Jordan is adept at describing magical battles between wielders of massive power, something that trips up many other authors. 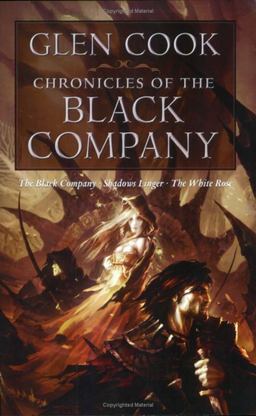 The Black Company by Glen Cook: This series is great for so many reasons, but one of the things I really like about it is the dichotomy of magic. The gulf between the ultra-powerful Taken and the Company’s “minor” wizards creates an innate friction, much like the friction in a military body between the grunts on the ground and the general officer corps. Cook exploits that conflict brilliantly throughout the series as the Company struggles to survive in a world dominated by almost-indestructible (and often insane) killer mages. 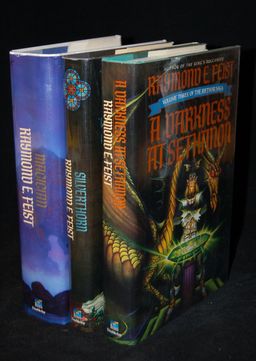 The Riftwar Saga by Raymond E. Feist: This series begins as something akin to a The Lord of the Rings clone, but evolves into something completely different. The contrasts between High and Low Magic in the first book are interesting, but not much explored thereafter as we follow the rise of Pug/Milamber to become one of the most powerful magicians in a world threatened by war. Feist has a deft touch at depicting battle scenes, both magical and mundane, but it’s the personal story of Pug that always drew me in.

Beyond Sanctuary, Beyond the Veil, and Beyond Wizardwall by Janet Morris: Although I love the Thieves’ World shared-world anthologies, when it comes to magic, Janet Morris is the queen bee. In these novels, she branches out with her characters to show us a larger and more intricate world. The magic of her witches and wizards doesn’t have the concrete structure that is found in some other fantasy works, but it works wonderfully in spite of (or perhaps because of) that. The magic of these novels is dangerous and seedy, even for good-hearted mages (which are few and far between), and Morris also includes generous portions of divine magic, which lends these books a mythic atmosphere. 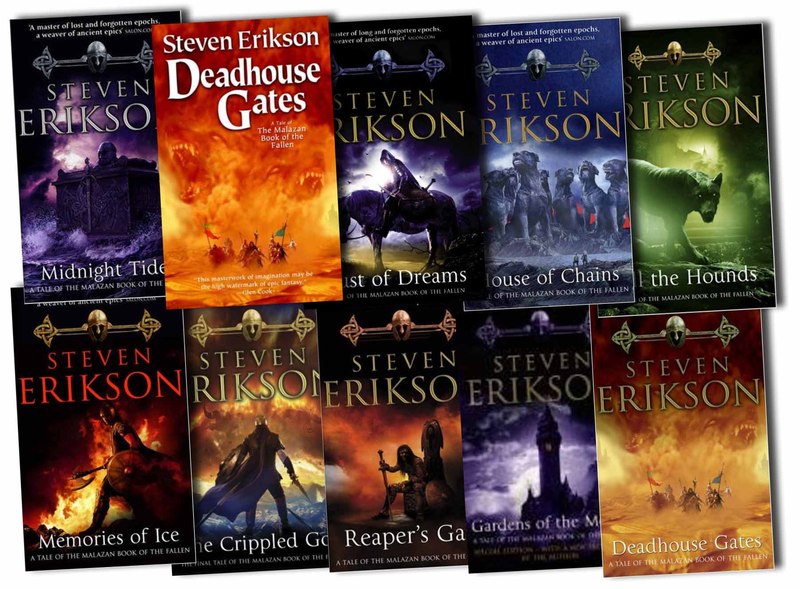 The Malazan Book of the Fallen by Steven Erikson: When it comes to magic, I see this series as an amalgamation of The Wheel of Time and The Black Company. Like Jordan’s series, this saga has an intricate and detailed system of magic that is explored with more depth as the series goes on. However, like Cook, Erikson creates a gritty world populated by characters of vast power and the interaction between these world-stompers and their less-powerful brethren creates a delicious tension. Erikson also has the gift of making his mundane (non-magic-using) characters just as interesting as the wizards and demi-gods, which is no small feat. I honestly don’t know how the author juggles so many plotlines and personal stories at once, all tied to an epic series-spanning arc, but the result is sheer enchantment.

I love these posts that show pictures of books and their covers, especially fantasy book covers.

With ebooks becoming more and more common, I hope that publishers will not skimp on “covers.” I’m afraid that artistic covers may be going the way of LP jackets.

I think Niven’s _The Magic Goes Away_ series should be #1 on any list like this – magic as a non-renewable resource.

Jack Vance’s _Dying Earth_ series has a distinctive system of magic that was copied for Dungeons and Dragons.

Jack Vance’s _Lyonesse_ series has magicians who create disguises to walk around mortals, and the disguises become magicians themselves.

I’ve read all those series you showed. I must like alternate magic systems…

They were a bit more mainstream, but have you read Lyndon Hardy’s trilogy, Master of the Five Magics, Secret of the Sixth Magic and Riddle of the Seven Realms? Hardy created what I still find to be a unique magic system. The books are enjoyable.

David, I enjoyed Dying Earth, but haven’t read Lyonesse or The Magic Goes Away. I’ll keep my eye out for them on my next book shopping trip.

Sherlock, I’m smacking myself in the forehead. How could I have forgotten Hardy? Definitely a very interesting magic system.

If you are interested in reading about different magical systems you might want to keep an eye out for Deepwood Publishing’s “Ways of Magic.” http://deepwoodpublishing.com/deepwood/anthologies-update/

Thanks for the recommendations. I’ll chime in with two more systems that are rather notable:

If I remember correctly, I believe it was Darrell Schweitzer in his Sekenre books who introduced a magical system that must take the cake for most bizarre and twisted: to cast a spell, a wizard must use a piece of his own flesh. Want to cast a powerful spell? There goes a pinkie. A real earth-shaker? Maybe the whole hand. Thus, the most powerful, active wizards are lame, bandaged self-mutilators.

Ursula Le Guin’s Earthsea magic is based on knowing the true name of something: if you know its true name, you can exercise power over it. It also gets pretty psychological with the whole shadow self and tapping into the dark side of one’s nature.

Finally, I enjoy pointing out that the magical power of the wizard Gandalf in LOTR comes not from any magic system per se but from the fact that he is a supernatural being (in Tolkien’s cosmology, the equivalent of an angel).

Nick, that’s exactly why I didn’t include LOTR in my list. Though I love Gandalf–he’s the classic mentor/wizard, like Merlin.