It’s often said that Fantasy abounds with unrealistically heroic heroes and that it overstates the capacity for the individual to shape History.

If that were true, I’m not sure it would be a Bad Thing, as long as victory is properly earned, since you can read the stories as allegory for more mundane real life and since the main function of most speculative fiction is escapism, anyway.

However, I would argue that the Fantasy heroes are in fact realistic, both in their powers and their influence, as long as we bear in mind that the protagonists of Fiction, like Biography, do not have to be statistically representative and that narrative favors the survivors.

For a start, it is very easy to underestimate the disproportionate capacity for violence shared by some individuals.

Studies suggest that something like 95% of pre-modern combatants have a sort of safety catch preventing them from specifically setting out to kill an individual. Something biological seems to translate war into primal dominance displays. We feel happy blazing away in the general direction of the enemy, or shouting and shoving in a phalanx fight — the equivalent of monkeys throwing poo — but not walking up to a person and putting a blade through their face.

In the 1400s, marooned on the prow of a Moorish vessel due to an elastic collision (See? I could write Hard SF!), Don Pero Nino simply fought on until his own ship battled free and came to his rescue. The life of Sir William the Marshal, who flourished either side of 1200, is littered with one-against-many battles, including an episode in his 50s when he single-handedly stormed a castle, took out six spearmen, and felled the much younger castellan, who thought himself a contender. And modern warfare is full of gunners who stay at their posts and account for tank after tank or small groups of men who hold out against greater numbers, if not the odds.

Do these men shape history with their deeds, or are their sagas merely sterile tales of glamorized murder?

At the Siege of Lincoln, the aged Marshal led from the front and carved his way to the French commander. It’s arguable that the old guy’s prowess alone turned the battle and that even if it didn’t, then his example certainly did. The battle decided the fate of the Plantagenet dynasty and turned back French influence. So in this case at least, a Great Man shaped history by the strength of his right hand.

King Richard III famously tried to end Bosworth by decapitating — literally — the Tudor forces. Bodyguard streaming behind him, he thundered down Albion Hill to strike the enemy flank, hacking down named individuals, including the standard bearer, and was slain just short of his target, so failing to displace Robert Bruce from the position of Striker of the Coolest Axe Blow in History. That battle determined dynasty, religion, and ultimately political culture for the next few hundred years. Then there’s King Robert de Bruce and his deeds of chivalry…. 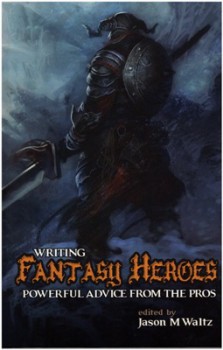 People really did this stuff.

Stepping away from men of the sword, we have the real world analogue of the magicians: the intellectuals, the inventors, and the campaigners. I suspect that, like killers, these people are in the minority. They shape History by determining its cultural and physical context. You can argue that the Adams, the Telfords, and the Nightingales were men and women of their time, but — ultimately — they were still men and women. If they relied on other people to do much of the work, they still led them.

Of course, when you shape history, the results may vary. Alfred Nobel…

….expressed his wish to produce material or a machine which would have such a devastating effect that war from then on, would be impossible…. “Perhaps my factories will put an end to war….: on the day that two army corps can mutually annihilate each other in a second, all civilised nations will surely recoil with horror and disband their troops.” (source)

But then we’re still here now. When one Great Person saws too much off History’s table leg, there are always more people ready to step up with saws and beer mats…

Great piece! There’s a terrifying incident from the Korean War described in Fehrenbach’s This Kind of War about a American platoon sergeant nicknamed Gypsy. Seemingly coarse and brutal, he was considered useless in peacetime, he flourished in war. His men followed him everywhere. When he died he was found surrounded by a dozen dead Chinese soldiers, his rifle empty and its stock broken.

Fletcher – Visit the burial mounds at Marathon some time.

They are realistic not only in deeds but in size: Sancho the strong, King of Navarre, was 7.3 feet in height.