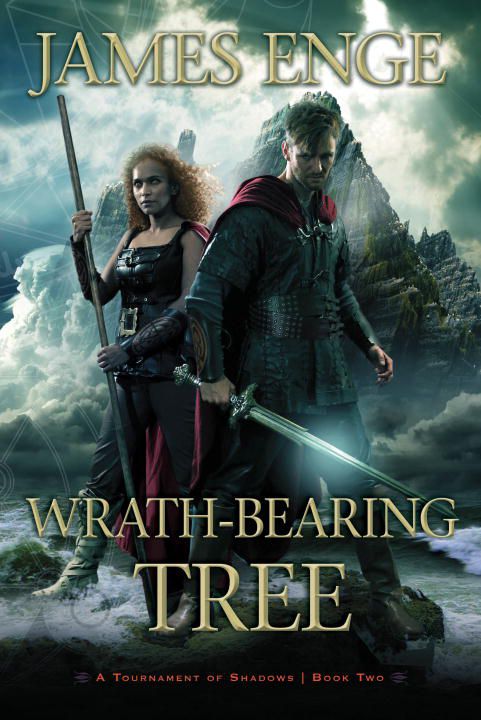 The first time I saw a James Enge novel on the shelf of my local bookstore, I broke into a little dance of jubilation. I’d been reading Enge’s short stories about Morlock the Maker in the pages of Black Gate — this was when BG had literal paper pages — and it was news to me that Enge had made the leap from short fiction to novels.

The blurbs on Enge’s books all say some variation on this theme: you will find no other character in fantasy literature, or maybe in literature generally, who is like Morlock the Maker. He’s a traumatized combat veteran who’s still one of his world’s great ass-kickers, yet he’s also an enthusiastically geeky mad scientist. He’s a cynic who will risk all he has to protect innocence where he finds it. He’s wickedly funny, in fewer words of dialogue than should really be possible. Read around in Morlock’s world a while, and you feel pretty soon like you know him, but you can never guess what he’ll do next. A Morlock novel! Could anything be better? Over the next few years, Enge followed Blood of Ambrose with This Crooked Way and The Wolf Age, and it turned out the one thing better than a Morlock novel was a whole trilogy of Morlock novels.

I loved the cranky old Morlock, the character whose curmudgeonliness sometimes verged on becoming a superpower, so I am still getting used to Enge’s new Tournament of Shadows trilogy about Morlock’s origin story, which began with A Guile of Dragons and now continues with Wrath-Bearing Tree. As a young man, our hero is every bit as odd, unpredictable, noble, hilarious, tragic, clear-eyed, and difficult as his future self, but he hasn’t yet put the damage on and become the ugly old man we loved in the short stories that became This Crooked Way.

Young Morlock is ugly, too, as the novels remind us frequently — Aloe, the woman he loves, thinks of him as “that mushroom” for several chapters. He’s a human raised by dwarves, culturally foreign and lost in the human social world when he returns to it. It doesn’t help that he has inherited a family deformity, a crookedness in the shoulders that everyone expects will limit him as a swordsman. He’s an unlikely hero, but rarely a reluctant one. Among Morlock’s chief virtues is this: he steps into danger without hesitation when he thinks he can protect someone else.

Enge contrives again and again to put Morlock into situations that play up all the indignities of living in a body — seasickness figures prominently — and the particular indignities of living in a misshapen and socially awkward body. The woman Morlock doesn’t dare court sees every cringeworthy moment. These scenes are funnier than they sound, and also weightier, because Morlock braves these indignities, as well as dire risk, so that he can put his considerable cleverness, military prowess, and magical skills to use in the service of others.

For about the first third of the book, I doubted Enge would be able to pull off the love story. Aloe appears at first to be the woman everyone desires but no one can have, a beauty from a prosperous family who has grown up to be a warrior of note in the Graith of Guardians.

She experiences herself quite differently, though, and by the end of the book she is nearly as formidable and unusual a character as Morlock is. Morlock assumes he stands no chance with Aloe, and the book invites readers to share his assessment for some time, so that when a relationship finally starts to coalesce, we’re as surprised as the characters are, despite our having read the cover copy.

(I have to note here that, although I could have put any of Enge’s other novels into my teenage students’ hands with little or no trepidation, Wrath-Bearing Tree presents the sexual dimension of the characters’ relationship pretty graphically. On the book’s own terms, this is completely appropriate. The sex scenes are integral to the development of plot and character, and they handle some complicated issues well. That said, nobody teaching high school kids could get away with assigning or suggesting this volume to students; even outside of my teaching life, I would hesitate to recommend it to readers under the age of 16.)

Anyone who has read Enge’s earlier novels, set later in Morlock’s life, knows that this relationship will not go smoothly in the next volume of the origin story trilogy. Morlock is a chronically god-bothered character; through no fault of his own, he is of interest to the gods in a fantasy world where deities are more often actively hostile than otherwise. Nothing can go smoothly for Morlock.

Nonetheless, I like to imagine that when Enge eventually writes novels that follow up on the irresistible loose ends from The Wolf Age, we might get to see Aloe return. I’ve enjoyed watching her go all sword-and-sorcery on an assortment of monstrous foes, and she’s a worthy foil for Morlock in all the dimensions of the story.

AwGawd, Sarah. Nothing you have said here is at all mitigating my desire to read this book. Utterly unfair! I yearn. I burn. I pine. I perish.

But my birthday IS in December!

[…] the ones that have driven me to break my no-buying-new-books-until-I’m-done-moving rule. For my last post, I wrote about James Enge’s new novel of Morlock the Maker, Wrath-Bearing Tree. This week, […]