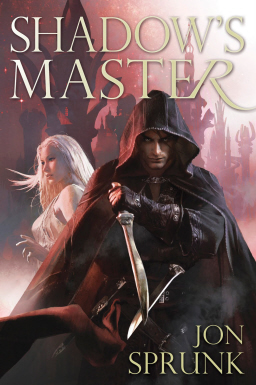 I’ve been doing book signings for the last few years, at bookstores and conventions. Most people you meet are very nice. Few actually buy one of your books, but they usually enjoy chatting with the author. Some are writers themselves, looking for a scrap of insight into the industry. But every so often I am asked a variant of this question:

“So why don’t you write books about real stuff?”

I’m sure these folks don’t mean to be rude. They don’t mean to insult my entire career and imply that the genre I’ve loved all my life, a genre which I personally believe has produced some of the most beautiful works of art in human history, is only suitable for children.

Of course, all fiction is “not real” in a sense, and fantasy is perhaps the genre which can seem the farthest from true life. As such, it is sometimes viewed from the outside as a literary ghetto: a kingdom of nerds, geeks, and perpetual adolescents who spend too much time at Renaissance Faires and roleplaying-game conventions. The stereotypes come fast and furious when talking about fantasy fandom.

It’s interesting how some people will accept a story about an alien from another planet who comes to Earth as an infant with superhuman powers and grows up to become humanity’s guardian. Yet, a story about a dragon (essentially a fire-breathing, sometimes-winged dinosaur) is a bridge too far for them. I feel bad for them.

I’ve also heard the criticism that the inclusion of magic allows the fantasy writer to solve all the hero’s problems with a wave of the hand and a puff of smoke. I find that ridiculous. Unless one is reading fantasy satire, those readers must have missed the many cues that almost every fantasy writer leaves in the text to define their magic system. Yes, there are examples where this is lacking. However, modern fantasy readers are savvy to the conventions and they expect to see magic grounded in some version of reality.

So why would an otherwise “normal” author waste his or her time writing such stuff?

Well, ignoring the fact that it’s damned fun, I believe it’s important. Perhaps one of the most important genres in modern literature. I’m not trashing any of the other categories, but I believe that fantasy lies at the heart of storytelling. Its lineage reaches back to Beowulf, the Epic of Gilgamesh, and all the ancient world mythologies.

Fantasy is our bridge back to this origin of fiction. Perhaps more than any other type of story, it allows us to experience the Big Issues of human existence. If science fiction is the “what if” genre, then fantasy is the “why.” Not mere escapism, it’s the basis for almost all our traditions. From songs and bedtime stories to religion, this is what gives us hope as a species.

And did I mention that it’s fun? Hell, yeah. Writing about magic and mythology and fantastical settings frees my mind of mundane limitations. Yet, in every trapping of the genre — from elves to dragons, from incantations to divine intervention — there is a kernel of truth, and part of my job as a writer is to lay out a trail of these kernels that leads back to us, to the human experience. When it’s done right, it is true magic. The kind that inspires and enlightens us, that brings light to the dark places in our lives and gives us hope for a better tomorrow.

That’s why I write fantasy.

Jon Sprunk is the author of the Shadow Saga (Shadow’s Son, Shadow’s Lure, and Shadow’s Master). The first book of his new epic fantasy series, Blood and Iron, will be released in March 2014. He is also a mentor at the Seton Hill University Writing Program. For more on his life and works, visit www.jonsprunk.com.

I rarely read any fiction that isn’t genre. Mimetic fiction, for the most part, bores the crap out of me. Give me a protagonist tied to mysterious shadow powers, with an insubstantial Fey by his side, and a Empress’ kingdom to preserve. That’s what I’m talking about.

To quote the late John Gardner: “Fantasy writing, of course, nearly always comments on the time and place that produced it …”

That, and informing others that fantasy is the oldest of literary genres (as Jon mentioned above) are my usual answers when I get this question.

Couldn’t agree more, Jon. What I often tell people when asked this question is that genre literature, and fantasy literature in particular is currently the only place where people can act honourably without irony.

I had the great pleasure of seeing China Mieville speak a few years ago and he said something quite thought-provoking, that there are certain aspects of the modern world that only fantasy/science fiction are able to explore adequately. This actually recalls the argument of certain postmodernists (some of whom incorporated aspects of fantasy and sf in their writing) that reality is too complex and elusive to be represented through conventional “realism.”

One thing it can do that more mundane genres can’t is expand horizons beyond the usual experience — so people don’t think that their own lives cover all of space and time.

Takes skill, that, and those who most need to read it are of course the least likely to actually read it.