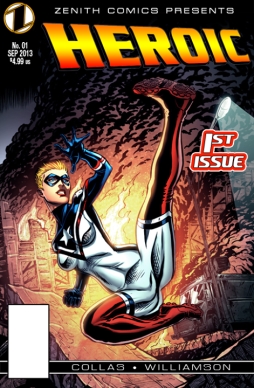 There’s been much discussion lately on Black Gate about Kickstarter: about projects that have reached fruition thanks to crowdsourced funding and projects that have failed to deliver on their promises. Kickstarter’s a way to get stories out that might not otherwise exist and from the outside looks like an interesting way to make one’s passion real. As it happens, I know someone working through that process right now. Andrew Collas is a longtime friend who’s brought plans for his first comic, HEROIC, to Kickstarter. He’s got a copy of the first script online: a mix of super-hero story and spy thriller, beginning with the mysterious death of a hero — and a young woman’s escape from a secret base. I know he feels strongly about the material he’s working with and I thought it’d be interesting to discuss his plans and experiences so far. What follows is an e-mail interview I did with him about heroes, comics, and Kickstarter, all subjects that seemed of interest to this blog.

An Interview with Andrew Collas

What is Zenith Comics, and what is Heroic? What are your plans for the company, the project, and the story?

Zenith Comics is the brainchild of my fever dreams and childhood fantasies. I took the words of Superman to heart when he said [in the Geoff Johns-written Justice Society #1, 2006], “The world needs better good guys,” and Zenith Comics represents my attempt to answer that challenge. HEROIC is the manifestation of that. HEROIC is my story, that starts us in the darkness of today’s comics and (hopefully) moves us through the actions of the protagonists to a brighter future where heroes are once again the ideal and have feet of marble, not clay! 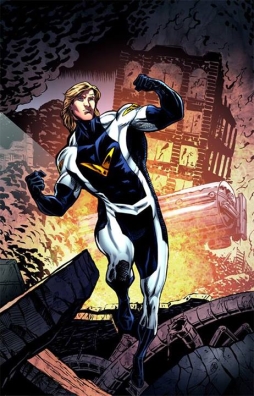 Our plan at present is to get issue 1 out. We have two 6-book story arcs that build the first 12 issues of the fight, the movement from darkness to light, from midnight to dawn. Once those 12 issues are done, we’ll have a universe that we can tell heroic stories in. It all hinges on getting issue 1 into the hands of readers.

Could you talk a bit about the themes of the story, and the idea of heroism? I know these are things you’re passionate about; what drives you to explore them, and what kinds of things do you want to do with them?

Well, I think the statement “Superman never kills”, not “sometimes” or “one time did,” is a driving force for me. Despite my hopes to see superheroes that would inspire children and defeat cynicism, I have seen nothing over the years but a steady descent into a bitter parody, a funhouse mirror reflection of what I knew as superheroes. I had to try something. I remember when my heroes inspired me. I remember when I wanted to be Spider-Man or Superman or even Captain Marvel (Mar-Vell, not the Big Red Cheese). I remember when Superman was all about being an ideal for everyone to look up to. Seeing this give way to gritty grimness, well, it has made me sad and wish for something better. Well, you can wish in one hand and you-know-what in the other and see which piles up first.

So I wrote a comic. 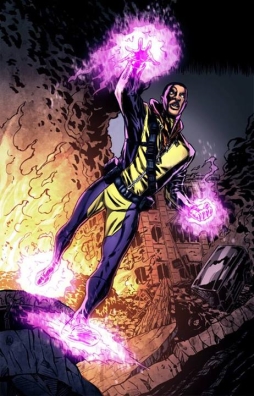 I fully intend to present this universe starting in the darkness, and then, if I am successful, maybe, just maybe, like the frog in the slowly boiling pot, I will bring readers on an adventure that leads them to like real and noble heroes again. Alternately I could be piling-up stuff in that other hand with these high minded postulations of mine.

What sort of a background do you bring to the comic? What comics have influenced or inspired you as a writer? And is there any particular feel you found in other comics, or an era of comics, that you’re looking to catch with Heroic?

I have worked as an actor since 1988, and more importantly have been reading comics since I was about 7. Sure, being a fan isn’t the most solid qualification for being a comic book creator, but it sure as hell doesn’t hurt.

The comics that influence me here are certainly Elementals, The American, and almost the entirety of superhero comics between 1975 and 1985. That era, with more modern storytelling techniques, is exactly what I am trying to evoke.

I think my years in film & television helped me understand plot, pacing, and storytelling. My decades as a fan help me understand what makes for a good superhero story. 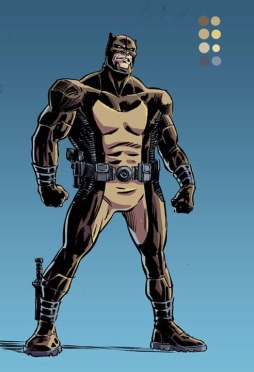 The readers will be left to decide if I succeeded or am buying my own BS.

I have strong memories of the role-playing games you ran, but I know you’ve also gotten involved in writing and publishing gaming supplements. What’s your experience in that industry been like, and how do you think it’s informing what you’re doing now?

There is a massive difference between writing for a story and creating something for an RPG product. They are as far apart as a movie and a book. RPGs are a wonderful thing and while I love them, I doubt I will ever return to writing for them; I just took no satisfaction from it.

As for how it is informing my current writing, it must have some influence but I can’t see it easily or directly. Certainly the character creation part of RPG writing helps me to create fully realized characters.

Could you talk a bit about your collaborators on the project? Your artist is Alex Williamson; what do you think he brings to the book? How tricky was it finding an artist? And as a writer, what’s the collaborative process been like?

Alex is a tremendously talented artist. It is certainly hard to find talented artists that are willing to put in the work and deliver the goods on essentially peanuts. Alex and I have a lot of similar personality traits, and are both just hard headed enough to make sure that our collaboration is high energy and very productive. If it wasn’t for him I wouldn’t have focused the story on Lady America, and that was a major breakthrough in storytelling. 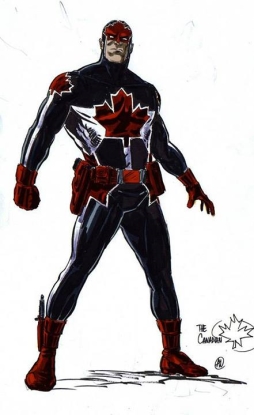 You’ve released early drafts of the script for prospective backers to read; how has it evolved, through your own rewrites and through discussions with the artists? How did you hit on the format you did (a full script, as opposed to a ‘Marvel-style’ synopsis)? How did you decide to bring in an outside editor?

The script has evolved, to say the least. I won’t dwell on past versions, but instead will say once I switched the focus to Lady America, away from another character, the story took off and really started to resonate for me. The choice to do full script was never a question. I come from the film industry and that’s how we do things. Thankfully, Dennis O’Neil’s book (The DC Comics Guide to Writing Comics) was a great crash course in the differences between the two. As for editors, writer-actor-storyteller Laurent Castellucci and I have conspired together on various projects for years; this was just a natural extension of that collaboration.

What’s your experience with Kickstarter been like? That is, how did you approach designing your pitch and setting your bonus goals, like the photocover you’re planning with actress Jen Page? How’s it been working out?

Kickstarter is a full time job. It is an emotional rollercoaster. It is not for the faint of heart. If you don’t hit your goal early, it is an exercise in stress and patience. Thankfully, my years in film taught me exactly how to handle both of those things, but this is testing my limits. I have learned a lot from this process and, win or lose, it will be applied to the future of Zenith Comics. 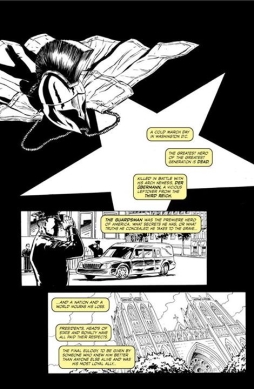 The stretch goals are, to me, a sad reflection on a good idea that has become a must-have on Kickstarters. This project wasn’t really designed for them. We haven’t asked for 1 penny more than we need to produce the comic, which means I don’t get paid if we succeed. All the money goes to the art team, publishing, printing, and shipping. That’s what matters. So other than a couple of ideas we had to try and encourage folks to push hard, the stretch goals are mostly future issues.

The Jen Page photocover was just too good an idea for me to pass up, which is why we made it Stretch Goal number 1!

There’ve been a couple of high-profile failures at Kickstarter lately — projects that have been abandoned midway, projects that reached their funding goals and failed to deliver. Have you seen any backlash? Is this sort of thing making it harder for you and other people using Kickstarter?

I have no opinion on that, really, as I haven’t finished with my Kickstarter, but I will say this: if you fund, you deliver, that’s the contact you are making with investors. Seems pretty cut and dried to me.

I’d like to thank Andrew for taking the time to answer my questions, and remind everyone that his Kickstarter is still looking for backers, through to August 11. Check it out, and be HEROIC!

[…] HEROIC: An Interview with Andrew Collas […]