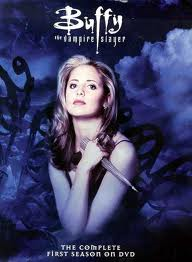 When dealing with sorcery, often the precise source or methodology of the magic is part of the premise of the novel itself – it’s what makes this place or that different from the world we live in. But the real function of any plot device – including magic – is to complicate the lives of your characters. Adding conflict and tension to otherwise humdrum lives is what writers do. It’s our job, and sorcery is one of the tools that fantasy writers have at our disposal.

Just think about what the presence of magic does to that old stand-by, the coming-of-age novel. Being a teenager isn’t bad enough? Coming to terms with the world as it really is, and what your part in that world might be – that’s not hard enough on you? Let’s make you a wizard as well. It’s no coincidence that authors often have magical abilities appear at puberty. And yes, that’s using magic as a metaphor.

We don’t think of her as a wizard, but other than Harry Potter, Buffy the Vampire Slayer is probably the best known specially-empowered teenager. Creator Joss Whedon makes the metaphor fairly obvious, as Buffy suffers through her normal-world coming-of-age simultaneously with her other-world coming-of-age.  Like Harry Potter, Buffy has to learn about herself and her relationship to the world as well as her powers – and that with those powers comes responsibility. 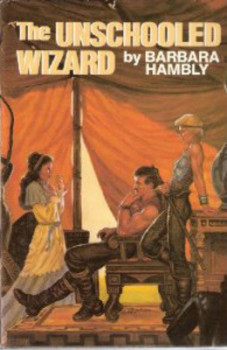 Last week I mentioned Barbara Hambly’s Rudy Solis, from her Darwath Trilogy and later books, and Sun Wolf from the Unschooled Wizard, two different approaches to the coming-of-age plot structure. Rudy is a typical character of that era of fantasy writing, the human from our world who becomes the stranger-in-a-strange-land as he enters another world. Among the things that Rudy discovers is that he’s a magic user, and one of the complications brought about by the coming of the Dark, is that this world is suddenly short of them, so Rudy had better learn as much as he can as quickly as he can. And yeah, there’s a fair amount of growing up involved.

Aside: the stranger-in-a-strange-land trope is a lovely one that people still use, but it’s getting harder and harder to do so in an innovative way. I don’t think any human has accidently found herself in another world she was totally unaware existed (via Wardrobe, let’s say) for, oh, decades.

With the books in the Unschooled Wizard series, Hambly gives us a different perspective on coming of age. The discovery that one has magical powers might certainly complicate the life of a young man, but it also gives him something he may not have had before, a place in the world. What if that same discovery happened to an older, experienced person? Sun Wolf is  a man of mature years, a soldier, with a well-established reputation as a leader of a group of mercenaries. When he finds out – the hard way – that he’s also a wizard, he has to leave his old life behind while he searches for someone to teach him how to use his new power.

I mentioned in my first post on this subject that most magic users aren’t also sword users – many are simply never trained to do so, while others might be forbidden to use weapons at all. These choices aren’t arbitrary, again, they’re something writers do to both simplify and complicate the lives of their characters. Elric, for example, wields a sword that steals souls. That makes him either very reluctant, or very eager, to use it.

Last week I also talked about why writers often make magical abilities analogous to human talents. Either everyone has magic to some degree but only some are “artists” or only specific people have the talent. I suggested then that if everyone has magic, there is no magic. Certainly, if everyone has it, it can’t be used to complicate someone’s life.

Sure, this makes magic users “special”, but first it makes them different. And as any human in our world can tell you, to be different means to be in danger. There are very few societies, including our own (Salem witch trials anyone?) in which sorcerers are seen as just another group of talented people. 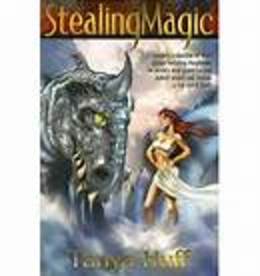 Why? Because people don’t fear opera singers – well, okay, some do, but under normal circumstances they don’t. Often, sorcerers have the power of life or death. In The Sleeping God, I found it relatively easy for a new religious cult to turn people against the Finders, Menders and even the Healers who were their neighbours (How can they make a living out of our need? They should do it for free. Someone should make them do it.)

Gandalf is respected and loved except for the people who curse and hate him. And if it comes to that, who are his friends? His family? When you make the wizard the main character in your novel, you have to deal with this aspect of their lives.

Which brings us to Tanya Huff”s character, Magdelene. How do you write a story about the most powerful wizard in the world? What kind of tension or suspense could arise with such a character? What kind of problems could she have? Well, the same problem the gunslinger with the reputation of being the fastest gun has. Yup, people do insist on testing a reputation like that. Fortunately, being blessed with a fine sense of humour, Huff also makes Maggie the  laziest wizard in the world. Destroying other wizards? World domination? Too much like hard work. There’s got to be an easier way to deal with it.

But definitely not an uncomplicated way.