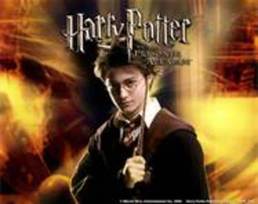 Last week I started talking about how we put the sorcery into sword and sorcery novels. People who don’t read fantasy are often mistaken about how its supernatural tropes actually work. In part, they feel that you can’t have any real tension or conflict because there’s magic and magic solves everything. You know, you just wave the magic wand and the problem goes away.* To which I say, “Tell that to the wicked Witch of the West.” Or Harry Potter. Or Gandalf.

I know that this kind of thinking is a lot less prevalent since the success of the LOTR movies, to say nothing of Harry Potter, and Game of Thrones; but it hasn’t gone away completely. And let’s not forget, strange as it may appear to us, there are still more people who haven’t seen these movies (or read the books) than there are people who have.

Before I start talking about plot devices, I would like to address something. Fantasy and SF are frequently described as “plot-driven” as opposed to “character-driven” – where the former means “not-so-good” and latter means “much-much-better.” Sure, there are some badly written books for which that kind of distinction can be made, but in any well-written book, of any genre, character drives plot. Your characters are certain kinds of people. Because they are who and what they are, they make certain kinds of decisions when faced with problems. Those decisions determine what happens next.

Yes, every writer is occasionally faced with the situation where a character simply won’t do what the writer “needs” them to do next. A good writer sits back and figures out a way to deal with that situation – a poor writer “makes” the character act in the needed way.  Hmm. Maybe it’s the writer that’s plot-driven.

So when I talk about “plot devices,” I’m talking about writing tools, like metaphors, tropes, motifs, and other literary and rhetorical devices used to write. I’m not talking about weapons used to force characters to do things.

I think I should also make clear that I’m primarily going to be talking about humans (or the equivalent) who have or use magic, as opposed to non-humans who are magic. As a plot device, the latter are generally used in one way: to complicate the lives of the main (human) characters. If non-humans are the main, point-of-view characters, then the exact nature of their nature, if you follow me, determines the kinds of choices and decisions they make, and therefore influences plot.

Finally, let me point out that if there are no humans in the story, the non-humans, however bizarre, become the “human equivalent” for the readers. That extends to situations where the humans are not the point-of-view characters, as in LOTR and Harry Potter.

So, what’s one of the most common uses of magic or magical abilities? It replaces technology. To paraphrase Arthur C. Clarke, “Any sufficiently advanced technology is indistinguishable from magic.” So what do people use technology (and knowledge) for? To affect and change the world around them. Including other people. 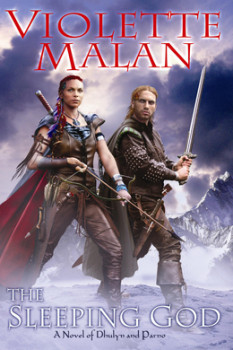 Because fantasy novels are usually set in some pre-industrial society (and we might well ask ourselves why, though we won’t answer ourselves here), there are certain things that we, as writers, might need that don’t exist in  such a society.

For example, we don’t want our characters to age quickly and die young because of poor living conditions. Sure, we can improve those conditions without using magic, but it’s trickier. We’d have to give our characters some tools, and some knowledge, that people in historical times didn’t necessarily have. But yes, we can do that, and to some extent most of us do.

We can also – well, we can do a lot of things, but if we don’t include some kind of supernatural change to the world, we’re writing historical fiction or alternate world fiction or call-it-what-you-will, but since we’re writing Fantasy, let’s stick with magic.

So what do we do about no penicillin or modern surgical knowledge or techniques? Most of us are writing the kinds of fantasy that mean our characters get injured. How do we deal with that? Often, by giving characters the power to “heal,” which also means the power to hurt and destroy.

That’s a plot device I use in my Dhulyn and Parno books, where a group of people, called the Marked, are made up of Menders, Finders, Healers, and Seers. There aren’t a terrific number of any of these, with Healers and Seers being the most rare, but the Marked live by selling their skills, just like potters or weavers or cobblers. In my case, Seers are prophets, not clairvoyants, and therefore the only magical talent that doesn’t copy some form of technology

What do I do about communication over long distances? In The Sleeping God, I use telepathic birds; but in The Soldier King I use magicked books. Did I forget to mention that I have Mages as well as Marked in these novels? One of my favourite devices, which I haven’t used yet, is communication via crystals or reflecting surfaces.

What about travel over distances? Most of us use horses, and if you don’t need your characters to move faster than that – Dhulyn and Parno don’t – you’re okay. And if you do? Well, there’s always teleportation. 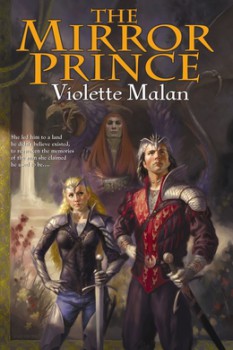 Though many writers do, so far I haven’t given this particular gift to humans. In The Mirror Prince, the ability to Move is part of every Rider’s nature. They’re born able to do it, and it’s an ability that evolved naturally out of the Lands they live in. Or, maybe it’s the other way around. There are humans in my Mirrorlands books, and they have other problems . . . I mean talents, but in Mirror Prince, the Riders are the main characters.

Last thing for now: If everyone can Heal (or Find, or Mend, or See), then illness or injury (etc.) can never be used as motivation, as a source of conflict, as something that causes your characters to act or react. In other words, as a point in the plot. This is precisely why, when humans are the main race in a novel, magic is limited to a chosen few – how chosen depending on the nature of that created world. If everyone can do it, it’s not magic.

Which leads us to next week’s topic: what does having magic do for the characters themselves?

*John W. Campbell used to say a similar thing about SF and the mystery genre. That is, that you couldn’t write an SF mystery, since you could simply invent a gadget that caused/solved everything, and there’d be no mystery. A kind of Machina Ex Machina, in effect. Guess I don’t have to list all the writers who proved him wrong.

Interesting.
I don’t buy your argument that Harry Potter and the other witches and wizards count as non humans. What’s the evidence?

SFTHEORY: quite right, and a good catch. I believe that Wizards both interbreed with and arise spontaneously out of the Muggle portion of the population — though you might check me on that — which means at the very least that they’re the same species. For the purposes of the books, however, nothing’s really shown from the Muggle pov, so perhaps you might let me get away with it, if I say that they’re “non-Muggles” instead of “non-humans”.

Okay,I can go with that. Though I must confess I’ve never read Harry Potter (I should probably rectify that soon).
I wonder if a better description of magic would be as a metaphor. In some cases magic can replace or supplement technology. Other cases magic may reflect issues of class and education (Harry Potter and The Magicians). So on and so forth.
What do you think?

I don’t think that magic is being used metaphorically by most fantasy writers. That is, I think we’re using it to take the place of technology, not to “represent” it in some way. Of course, it may also stand for something else, or represent something else, in addition to being magic, but first and foremost, it’s magic.
Everything, including magic, reflects issues of class, education, race, ethnicity, and so on.

[…] Last week I mentioned Barbara Hambly’s Rudy Solis, from her Darwath Trilogy and later books, and Sun Wolf from the Unschooled Wizard, two different approaches to the coming-of-age plot structure. Rudy is a typical character of that era of fantasy writing, the human from our world who becomes the stranger-in-a-strange-land as he enters another world. Among the things that Rudy discovers is that he’s a magic user, and one of the complications brought about by the coming of the Dark, is that this world is suddenly short of them, so Rudy had better learn as much as he can as quickly as he can. And yeah, there’s a fair amount of growing up involved. […]

[…] that friend was echoing the John W. Campbell opinion on science-fiction mysteries that I mentioned a few weeks ago. According to Campbell, it couldn’t be done. Here in the community, experience has shown us […]