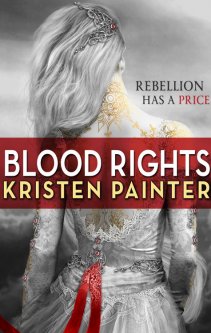 Every month, Orbit Books offers one of their top-selling science fiction and fantasy titles in e-book format for just $2.99. This month, they break with tradition and offer you no less than four terrific titles:

Blood Rights — Born into a life of secrets and service, Chrysabelle’s body bears the telltale marks of a comarrae — a special race of humans bred to feed vampire nobility. When her patron is murdered, she becomes the prime suspect, which sends her running into the mortal world…

Germline — War is Oscar Wendell’s ticket to greatness. A reporter for The Stars and Stripes, he has the only one way pass to the front lines of a brutal war over natural resources buried underneath the icy, mineral rich mountains of Kazakhstan. Heavily armored soldiers battle genetically engineered troops hundreds of meters below the surface. The genetics — the germline soldiers — are the key to winning this war, but some technologies can’t be put back in the box.

Tempest Rising — Living in small town Rockabill, Maine, Jane True always knew she didn’t quite fit in with so-called normal society. During her nightly, clandestine swim in the freezing winter ocean, a grisly find leads Jane to startling revelations about her heritage: she is only half-human. Now, Jane must enter a world filled with supernatural creatures alternatively terrifying, beautiful, and deadly.

Feed — The year was 2014. We had cured cancer. We had beat the common cold. But in doing so we created something new, something terrible that no one could stop. The infection spread, virus blocks taking over bodies and minds with one, unstoppable command: FEED.

Support one of the best genre paperback publishers out there, and grab some terrific book bargains in the process. Get all the details at The Orbital Drop.