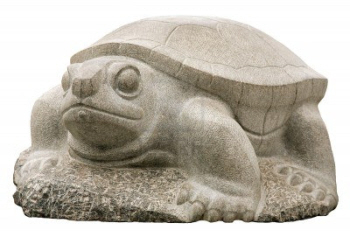 Mary Catelli gives us a strange land where magic works and the seas are not of water but of sand. On the docks of a village next to such a sea comes young Kyre, a small dock-rat of a boy looking for work. A young nobleman — sailor and wizard — hails young Kyre and employs him to guard his small boat and the enchanted chest it holds while he departs for a short visit to the town. Despite his vigilance and best efforts Kyre is assailed by thieves cloaked in invisibility and the boat he has sworn to guard is stolen.

A lad of honor and practicality (he does not want his name besmirched), Kyle rents a boat and takes off after the thieves. Word of the theft has traveled quickly and ere long Kyle meets up with the nobleman-wizard as they both trail the thieves to a nearby island.

Mary Catelli started writing in her teens, when deprived of books to read. After a while, she started finishing the stories. Since then, her short stories have appeared in various Sword and Sorceress anthologies and Weird Tales. She is working on a novel. She lives in Connecticut, where she works as a computer programmer.

“The Turtle in the Sea of Sand” is a complete 4,800-word adventure fantasy tale. It is offered at no cost. Read the complete story here.