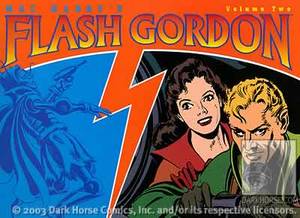 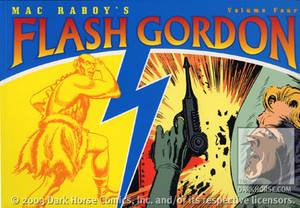 Mac Raboy succeeded Austin Briggs in illustrating the Flash Gordon Sunday strip from 1948 until his death in 1967. As an artist, Raboy was heavily influenced by the strip’s creator, Alex Raymond, and did a fine job of continuing the series. Dark Horse reprinted the entire Mac Raboy run in four oversized monochrome trade paperbacks a few years ago. Titan Books will reprint the series in full color as part of their ongoing hardcover reprints of the entire run of the series. At present, I have only two Mac Raboy stories (one early and one late-period) as a sample of his two decade run on the strip.

“Yeti” was serialized by King Features Syndicate from July 21 to November 17, 1963. Raboy’s artwork was not as strong by this point as it had been earlier, but having succeeded Don Moore in writing his own scripts, it is clear that Raboy was taking a cue from Dan Barry’s concurrent daily strip in moving the series away from Alex Raymond’s original template.

The story begins with explorer Bill Penrose paying a visit to a Himalayan lamasery where the Lama shows him the skull of a yeti, but warns him that those who seek to solve the mystery are never seen again. Penrose decides to press on and find the truth about the Abominable Snowman legend at long last. The intrepid explorer finds his quarry soon enough, but the Neanderthal tribe quickly overpower him. This is a surprising start that owes more to Nigel Kneale than Alex Raymond. The decision to open on a secondary character is also a unique one. 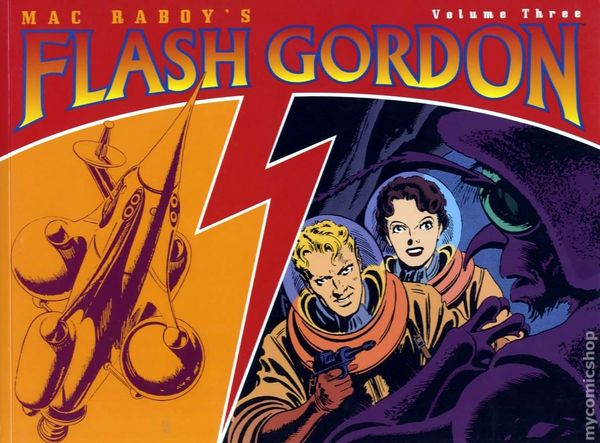 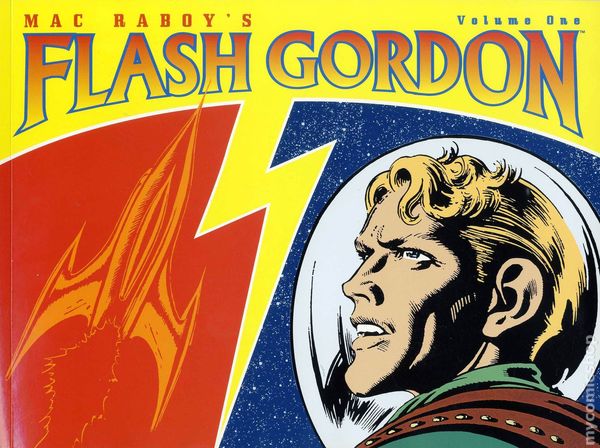 When Flash and Dale realize their friend Bill has disappeared, they set off with their Tibetan guide, Tingzen, to retrace his steps. Soon enough they find the footprints of the Abominable Snowmen where Penrose’s footprints end. Continuing on in spite of Tingzen’s warnings, the party is overtaken by the Yeti tribe, only to discover the creatures are not the missing link between man and ape, but instead fur-covered robots.

They are taken inside a hidden cave fortress where Bill and other explorers are imprisoned. The trio is brought before a wizened alien being called Dacat who tells them his peaceful telepathic race are mining Earth for copper and are using the Yeti robots to shield their activities. Assuring them they will be released from captivity after the mining operation concludes, Dacat places them in a cell with Penrose and the others.

Bill reveals the truth to Flash and Dale that Dacat is not mining copper, but uranium. Realizing Interpol has to be informed, Flash and Tingzen work to break out of the cell. The others are soon recaptured by the Yeti robots, but Flash escapes and makes his way down the mountain. A pursuing Yeti plunges with Flash off the edge of a precipice. Flash recovers consciousness to find he has been discovered by a rescue team in a helicopter.

Displaying uncharacteristic scientific genius, Flash reprograms the Yeti to return to the lair and release the prisoners. Dale, Bill, and Tingzen are recovered, but Dacat begins firing a laser at them and destroys their helicopter. Flash responds by tossing a hand grenade into the mouth of the cave in an act of sheer stupidity since he knows Dacat is mining uranium. The resulting atomic explosion sends them skidding down the mountain.

As the atomic chain reaction continues to decimate the Himalayas, Dacat flees in his flying saucer, but is caught in the blast and destroyed. The Himalayas are left in rubble, but the others escape with only cuts and bruises, with Flash assuring them that the strong winds will protect them from the radioactive fallout.

Despite the scientific implausibility, this is a tightly plotted story that ignores the formulaic femme fatales, conniving traitors, and usurping regents that had grown stale in the three decades since Alex Raymond created the characters. Mac Raboy’s twenty-year run on the strip offered readers excellent artwork and strong stories to match. He proved a worthy heir and did his part in keeping Flash and company alive in the Cold War years.