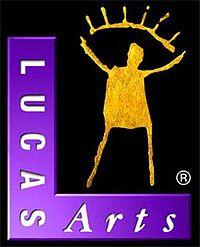 Building on this week’s ongoing theme of death and dismay is the news that Disney has shut down legendary software house LucasArts.

In an official statement the company said:

After evaluating our position in the games market, we’ve decided to shift LucasArts from an internal development to a licensing model, minimizing the company’s risk while achieving a broader portfolio of quality Star Wars games.

LucasArt offices were closed Wednesday by Disney, and about 150 employees were laid off. All current projects, including Star Wars: First Assault and Star Wars: 1313, have been canceled.

The closure is no surprise for industry observers, after recent ominous developments. Its last few releases, including Kinect Star Wars, were disappointments, and most recent hit Star Wars titles were developed by outside licensees. Several recent titles (such as Star Wars Battlefront III) were canceled before release, and the company announced a freeze on all hiring and product announcements in September.

Fans became more optimistic when Disney acquired LucasFilm in October, but it’s clear new management was unable to turn the struggling software house around. Additional details are at GameInformer and Wikipedia has a complete list of LucasArts releases over the last three decades.

Altogether, it’s been a rotten week for fans of SF and fantasy.

This is indeed miserable news. LucasArts produced some of my favorite games, though it’s been a while since I’ve played one of theirs. It definitely hasn’t been a good week for the genre. I’m glad it’s finally over, though that’s partly for personal reasons.

It feels like they shot Old Yeller. We knew he was sick, but it was still sad. Sam and Max quotes comprised so much of my high school years, that it’s hard to remember those times without thinking of them.

Despite some great games, Lucas Arts was miss more often than hit, unless they had someone else developing the game. Star Wars: Battlefront, Star Wars: Battlegrounds, The Force Unleashed, and Lego Star Wars were all licensed out anyway. Of course so were Star Wars: Galaxies, and The Old Republic.

I just wish Disney wasn’t so hit or miss with their titles.

> LucasArts produced some of my favorite games, though it’s been a while since I’ve played one of theirs.

That’s a theme I’ve been hearing. “Software house of historic importance… but it’s been a while since I’ve tried one of their games.”

My sample size is hardly definitive, but it tells me why LucasArts may have struggled the last few years.

> It definitely hasn’t been a good week for the genre. I’m glad it’s finally over, though that’s partly for personal reasons.

I hear you. I hope your week was better than the overall average!

> Despite some great games, Lucas Arts was miss more often than hit,
> unless they had someone else developing the game.

LucasArts will continue to license and publish games, from what I understand — just not develop them.

So we can continue to hope for great licensed properties for years to come.

[…] all the recent bad news, it’s good to see signs of resiliency in the fantasy genre. The best news is always the […]

[…] been a troubled time for games studios — the much-loved LucasArts was shuttered by Disney just last year, and other developers have moved away from big-budget […]