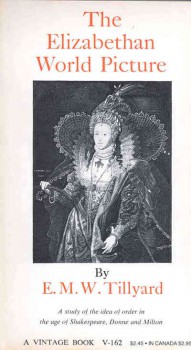 What’s the difference between a catfish and a lawyer? One’s an ugly, scum-sucking bottom feeder, and the other is a fish.

Anyone who’s ever studied Shakespeare has read a book called The Elizabethan World Picture. It’s a great book, and essentially describes how people thought about the world back in Shakespeare’s day. I’d highly recommend reading it for yourself, but if I can sum it up quickly for you, it goes like this: up = good, down = bad.

What does that mean? Think it through: everything that’s high in the sky, you know, where the gods live, is good, and the higher the better. So, heaven, the sun, light itself, and so on. Everything that’s lower down is bad, and the lower it is, the worse it is. So, dirt, darkness, etc. Everything, including people, has a place on this scale. There’s a reason it’s the white knight who charges to the rescue, and that Goths dress in black. (I dress in black myself, so no mail please). Even people who’ve never watched a western know what it means to be a white hat.

This hierarchy permeates everything we do and think, everything we write and create – at least here in the western world. And very often without our being aware of it.

Hierarchy is the reason the Greek gods live on Olympus (highest mountain in Greece) and it’s the reason that Zeus (god of sky, thunder, etc.) is the ruler of said gods, and not Poseidon or Hades. It’s why kings had a divine right to rule, (they’re on top of the human hierarchy), and it’s why cleanliness is next to godliness – that is, it’s how we know cleanliness is a good thing.

You may remember an earlier post of mine where I pointed out that culture permeates even body language, how, if the gods aren’t “up there” we wouldn’t roll our eyes upward when calling on the gods to notice someone else’s stupidity. Even atheists do this, so yes, that’s how pervasive the concept of hierarchy is.

It’s hierarchy that determines what we swear by, and how we curse.

And it’s also how we insult, which brings us back to our joke. Here, lawyers are being insulted (though it could just as easily be surgeons, or violinists, or any professional group) by the implication that it’s they who are the bottom feeders. Whatever’s on the bottom couldn’t possibly be good, could it? And if that’s your food . . . . 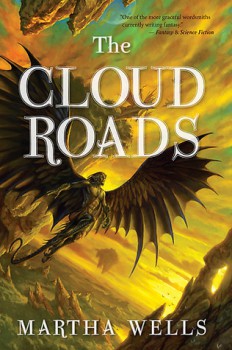 A couple of weeks ago I mentioned that Martha Wells, in her Books of the Raksura, has the Raksura themselves use only scatological profanity. We all know what scatological means, don’t we? That is, “having to do with excrement.” And we all know what excrement is, don’t we? And if you didn’t know this already, sh – ah, excrement, is on the very, ah, bottom of the hierarchy. I mean, when you call someone an “excrement head”, it’s not a compliment, is it?

That may be an extreme example, but think of other ways you – or perhaps I should say your characters – have insulted people.

Animals are a favourite source of insults, but you have to be careful. There’s a hierarchy within any group, and that includes animals. To call someone “Lionheart” isn’t an insult, because the lion, as the king of beasts, is on the top of the animal hierarchy. Other animals are more ambiguous: running like a horse is good, while smelling like one isn’t. But on the whole, you’d rather be compared to a horse than a donkey, or a pig. Or a slug.

No one wants to be compared to something found under a rock, do they?

And yes, there’s a hierarchy of mythological animals as well, and fictional animals (not quite the same thing) that we all use in our writing.

Aside: have a look at which mythological animals are considered male and female, if you want a gender-related look at the subject. Or you might simply note that Apollo is the god of the sun, while Demeter is the god(dess) of the earth.

Hierarchy isn’t just useful for insults, of course. As in our joke, clever people can use it to create different effects. In my first novel, The Mirror Prince, I have a character named Lightborn. That should make him a good guy, right? But many people will realize that “Lightborn” is an English version of the latin “Lucifer”, as in “made of light” – so, maybe  not such a good guy.

Oh, and I wasn’t the clever one, by the way. I stole the name from Christopher Marlowe. He uses it for an assassin in Edward II.

Thanks Jason, I’m having fun writing them.