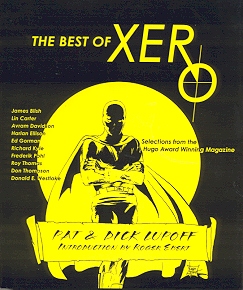 Here in Chicago, the airwaves and local newspapers are thick with commentary about the life of Roger Ebert, who died of cancer yesterday at the age of 70.

Roger Ebert was born in Urbana, Illinois in 1942 and began writing for the News-Gazette at age 15, covering high school sports. While at the University of Illinois, he became a reporter for The Daily Illini in Urbana, eventually becoming editor in his senior year. I lived in Urbana for four years while completing my Ph.D, from 1987-1991, and can attest to the mark he left on the city. Ebertfest, the annual film fest he started in Champaign-Urbana in 1998, continues to this day.

Roger Ebert won renown primarily as the nation’s preeminent film critic, starting at the Chicago Sun-Times in 1967. His columns were syndicated in more than 200 newspapers, and he published more than 20 books and dozens of collections of reviews. His TV show Sneak Previews, co-hosted with Gene Siskel, was nationally distributed beginning in 1978. He became the first film critic to win the Pulitzer Prize for Criticism in 1975.

But Ebert left his mark on the genre as well, starting with early fanzines. A life-long science fiction fan, he wrote for some of the most famous SF fanzines of the 60s and 70s, including Pat and Dick Lupoff’s Xero. He provided the introduction to The Best of Xero, the 2005 Tachyon collection gathering many of its best articles (including some of his).

Ebert was diagnosed with thyroid cancer in 2002, and underwent multiple surgeries. On July 1, 2006, his carotid artery burst and he narrowly escaped death. He lost the ability to speak, and to eat or drink, taking all nutrition through a feeding tube. But he continued to write. He died on April 4th at the age of 70; the last sentence on his final blog entry, two days before he died, read “So on this day of reflection I say again, thank you for going on this journey with me. I’ll see you at the movies.”

Perhaps the best way to remember him is to sample his legendary wit. Several blogs have collected some of his finest critiques, including BuzzFeed’s Roger Ebert’s 20 Most Epic Movie Pans, and Inquisitr’s Our 20 Favorite Ebert Quotes. He will be missed.

I watched or read his reviews since the late 70s, when I was 12 years old. For a long time, he was the movie critic I could trust the most. I haven’t found his movie reviews as “in sync” with mine in the last 10 years or so (2002’s “Russian Ark”, which he loved, was one of the most boring movies I have ever forced myself to sit through), but his writing was always entertaining, and I pretty much always agreed with his politics too.

And I have him to thank for introducing me to Richard Roeper, the movie reviewer I now find I can trust the most to be a reliable predictor of what I will enjoy, and what I won’t.

As to your second link, I’ve seen mention of his early review of The Brown Bunny in several places since his passing, but all of them neglect to mention that he gave the edited version released in the U.S. a positive review later on–a positive review I would agree with, by the way.

Here’s a link to the review, if your blogging software will allow me to leave links in comments: http://rogerebert.suntimes.com/apps/pbcs.dll/article?AID=/20040903/REVIEWS/409020301

And here’s a pertinent quote from the review: The Cannes version was a bad film, but now Gallo’s editing has set free the good film inside.

That’s for sure. He was one of the funniest critics I ever read.

I always try to channel a little Roger Ebert when I write reviews at Black Gate. I lack his gifts, but he inspired me to try.

[…] bladder cancer, both Eclipse Online and Night Shade Books packed it in on Thursday, and Roger Ebert died on Friday. And prolific English dark fantasy writer Basil Copper, a World Horror Grandmaster since […]